It’s fall supper time in Manitoba. From early September to mid-November, community organizations and church groups across the province host feasts as fundraisers. October is the prime month.

Roast turkey and stuffing are standard fare, but some dinners feature other main courses, such as roast chicken, fried chicken, ham, or roast beef.

As scrumptious as the main course may be, it is often the trimmings and side dishes that really delight. The influence of Ukrainian and eastern European settlers on Manitoba culture can be found in side dishes such as cabbage rolls, perogies, and meatballs. A fall dinner in a French Canadian community may include meat pie (tourtière). Potatoes, vegetables of some sort, coleslaw, and dinner rolls are standard at most dinners.

The setting is a church hall, community centre, or arena. Seating is at long community tables, set out in rows throughout the room. Usually tables are called up in turn to the buffet where volunteers dish out their dinners. I’ve attended a couple of fall suppers where the food was brought to the individual tables in bowls and served family style.

Dinners are held on Sunday afternoons (the most common time frame) or Friday or Saturday evenings. Most have set times for eating (with either one or two seatings). Many require tickets to be purchased in advance and sell out fast. For those that sell tickets at the door, come early and get in line.

I’ve known people to spend every fall weekend attending fall suppers. Never mind that you get a fantastic meal at a reasonable price, it’s a fun, social experience, from talking to people waiting in line with you to meeting new people around the dinner table. And it’s a great excuse for a drive to a neighbouring community and seeing the countryside.

I cannot end this post without mentioning the dessert table. Count on finding a variety of home-made pies, sometimes other sweets as well.

How does one find out where the fall suppers are? Local newspapers frequently list suppers. Check out Travel Manitoba event information. Google. Ask friends and neighbours. You’ll discover many have their favourite fall suppers they visit year after year.

If you have a favourite Manitoba fall supper, I’d love to hear about it. If you live outside Manitoba, does your area have fall suppers or something similar? 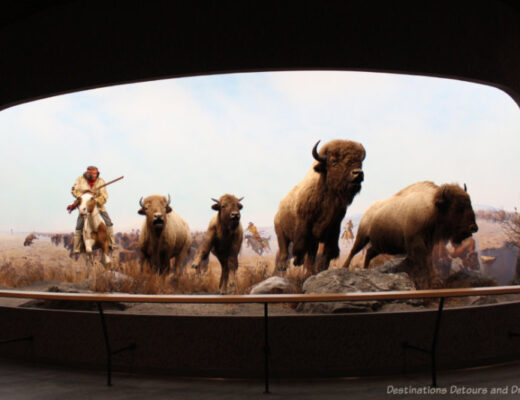