A tour of the Royal Aviation Museum of Western Canada

with a focus on women aviation pioneers

Note: The Royal Aviation Museum of Western Canada is temporarily closed for relocation and is scheduled to reopen at a new location  in 2021.

March 8 is International Women’s Day. When I learned the theme of March tours at the Royal Aviation Museum of Western Canada was Pioneering Women in Aviation, I decided it was time to pay another visit to the Museum. My last visit had been decades before.

The approximately one-hour tour highlighted accomplishments and the role of women in aviation as we walked through the museum, but was not solely limited to women in aviation. Our tour guide provided general information and history on key exhibits.

The Museum is located at the end of Ferry Road among air-travel-related businesses located around Winnipeg’s James Richardson International Airport. I drove past a couple of other buildings in the compound to get to the Museum building at the end. That building is a piece of history in itself. The Museum is housed in a former TCA passenger terminal and hangar.

In 1928 the Winnipeg Flying Club opened an airfield in what was then rural St. James and named it after a noted Manitoba aviator and bush pilot, Captain Fred J. Stevenson. Soon the field began to be used by other private fliers, commercial companies, and the Royal Canadian Air Force (RCAF). The airport grew and expanded over time with more commercial flights, several civil aviation hangars, a Royal Canadian Air Force hangar, and a surge of activity during World War II. In 1958, Stevenson Field was renamed Winnipeg International Airport and in 2006 it became the Winnipeg James Armstrong Richardson International Airport in honour of Canadian aviation visionary and pioneer James Armstrong Richardson.

First part of the Museum one sees upon entering

In 1953 American Jacqueline Cochrane became the first woman to break the sound barrier, flying a Royal Canadian Air Force F-86 Sabrejet. Born in poverty in Florida, Jacqueline led an interesting life setting many aviation records. In 1956, she unsuccessfully ran for Congress in California, flying her own plane to campaign events. It was one of the few failures in her life. In the 1960s, Cochrane was involved in an effort to test the ability of women to become astronauts in the Mercury 13 program. She is enshrined in the Aviation Hall of Fame in Dayton, Ohio.

The Sabre fighter jet was designed by the North American Aviation Company of California and built in Canada. It serviced the RCAF as well as air forces of other countries. The Museum F-86 was the final Sabre built by Canadair before it ceased production. It was last flown in Pakistan and donated by the Pakistan Air Force in 1996.

The Fairchild Super 71 is a tribute to Canadian engineering excellence and the adventurous bush pilots who flew it. Elsie MacGill, the world’s first female aircraft designer, was part of the engineering team. She studied aeronautical engineering at the University of Michigan and started work at the Fairchild Aircraft Ltd plant in Montreal in 1934. She worked as a Stress Analyst on the Super 71 design and went on to have a long career in aviation. Elsie earned the nickname “Queen of the Hurricanes.” From 1938 to 1943, she was the chief aeronautical engineer at Canadian Car & Foundry, which was commissioned to build Hurricane fighter planes during World War II.

The Fairchild Super 71 was a Canadian parasol-mounted high-wing monoplane cargo transport aircraft. It was the first “purpose-built” civilian bush plane for use in remote and northern locales in Canada and the first metal-skinned aircraft to be built in Canada for bush flying operation.

Lorna deBlicquy was born in Blyth, Ontario and decided she wanted to fly at the age of 14. She also took up skydiving at age 16 and was the first female (and youngest) Canadian to make a parachute jump. She received a Private Pilot License in 1948 and a Commercial Pilot License in 1952. She flew in New Zealand, Manitoba, Ontario, and the “high Arctic”, including time in a “Beaver” aircraft. She was the first female Civil Transport Instructor for the Department of Transport of Canada. She worked hard to further the rights of women in aviation.

The de Havilland Beaver is considered by many to be the “best bush plane ever built.” It was designed and built in Canada, and first flew in 1947.  It is an all-metal bush plane designed to operate on skis, wheels, or floats. Over the years, 1,962 Beavers were built and exported to 62 countries. The Beaver on display in the Museum has manufacturer number 1500.

The Stinson Reliant was introduced in 1936 and became known as the Cadillace of bush planes. The Stinson SR-8CM on display at the Museum was owned by Canadian Airways from 1936 to 1942, when ownership passed to Canadian Pacific Airways. It spent most of its life flying out of Winnipeg and Lac du Bonnet, Manitoba. The Stinson SR-8 was built by E.A. Stinson, brother of Katherine Stinson.

Katherine Stinson was known as the “Flying Schoolgirl.” In 1912, she became the fourth woman in the U.S. to earn her pilot’s license. She was 21 at the time, but nicknamed the Schoolgirl because she looked 16 (and the nickname made great headlines). Her plan had been to get her license and make some money stunt flying to pay for piano lessons. She liked flying so much she abandoned the piano lessons. She was well-known through the Canadian prairies as a barnstorming pilot. She was appointed an official mail carrier and in 1918 flew the second official airmail flight in Western Canada. She was also one of the first officially authorized female pilots to fly airmail for the U.S.

The Stinson Reliant on display in the Museum has a canoe attachment. There were many methods of attaching canoes to planes. The one shown here is the most convenient and often used. The canoe is rolled up from the water onto the float strut with a rope. A “cinch line” is then cinched in place to ensure the canoe remains firmly attached. A rear rope is sometimes used to prevent the canoe from “whipping” in the wind.

When Passenger Travel Was Glamourous

A Vickers Viscount operated by Trans-Canada Airlines (and later Air Canada) is on display. The British-built aircraft entered into service at TCA in 1955 on scheduled flights between Montreal and Winnipeg. The turboprop Viscounts were favoured for their speed, quietness, and lack of vibration. They were used on all of TCA’s short-haul routes. The one at the Museum was delivered to TCA in 1958 and operated until 1971. A mannequin wearing an old flight attendant uniform stands beside the stairs into the aircraft. The Museum has one of each of the Air Canada flight attendant uniforms across the years and periodically changes which one the mannequin wears.

When TCA first started flying in the 1930s, flight attendants had to have nursing qualifications. This continued until 1957. In the 1960s, attractiveness was one of the key qualifications. Stewardesses had to meet specific height and weight requirements. They had to be female and single, although our tour guide told us about someone he knew who had worked as a stewardess at the time and was married. When someone discovered there was a man living with her, she said it was her brother and they were sharing a mortgage.

Interior of the Viscount

The interior of the plane is open to Museum visitors only with accompaniment of a tour guide. It was interesting to note the small overhead bins with no doors. They held mostly coats. People did not bring the amount of carry-on we see today. And I would love to have the leg room in this plane on current-day flights.

Our tour guide told us that the President of Air Canada had visited the previous week and was not impressed with the well-worn look of the plane’s interior. Air Canada is now refurbishing the interior in the style and colours of the time period. Seats are being redone four at a time so that the exhibit can remain open during refurbishment.

Windows were larger than in today’s passenger jets because planes flew at lower altitudes. Higher altitudes put more stress on the windows.

An interesting note about the Viscount is that when it was delivered to the hangar, it did not fit through the hangar doors. The tailfin was too high. In order to move the aircraft in and out of the hangar, the nose wheel was jacked up. TCA had a special jack for this purpose.

One of the displays at the Museum highlights the role of women in the Royal Canadian Air Force during World War II. Although they did not fly in combat, there were women pilots. They ferried planes from one location to another.

Our guide told us about another role played by women during the war. They were put to work making parachutes. It was work which required smaller hands and it was assumed that all women could sew.

With about twenty-five planes, a number of engines, historical information, and other exhibits, there was plenty to see in the Museum beyond the stories of women in aviation.

The wreck of a Verdette G-CASW which crashed into a mountain on Porcher Island en-route from Prince Rupert to Queen Charlotte City in 1928. All 3 crewmen survived.

The frames of early planes were made of wood and covered in fabric. Unwashed cotton was wrapped around the plane and sewn with a rib stitching technique. Water was applied to the cloth to shrink and stretch it tight. The material was then lacquered.

Amid a collection of old airmail envelopes is one signed by Orville Wright and Charles Lindbergh. The envelope bears First Day Issue cancellation of two U.S. commemorative stamps. The stamps depict the 25th anniversary flight of the Wright Brothers flight at Kitty Hawk in 1903 and the Lindbergh historic non-stop Atlantic flight in 1927. Lindbergh was reluctant to sign any souvenirs or aviation memorabilia. Orville Wright agreed to sign only if Lindbergh did. Lindbergh relented and signed.

All of the planes in the Museum have been restored to flying condition. Theoretically, they all can fly. However, most would require modification to meet current regulations. Insurance, even for just one flight, would be extremely expensive.

The Royal Aviation Museum of Western Canada is open daily. Each exhibit and plane has extensive written background information to read as you go through the Museum on your own. Guided tours are offered three times a week and are included in the price of admission. Tours are available at other times if booked in advance. If you able to time your visit around one of the tours, I highly recommend taking one in addition to your own wandering. The guide will provide additional insights and interesting stories. Tour themes change monthly. Allow one-and-a-half to two hours for your visit. 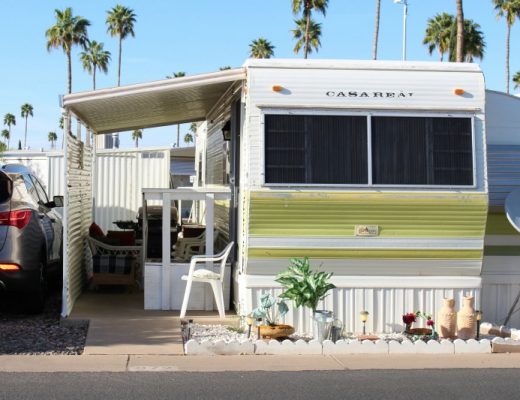 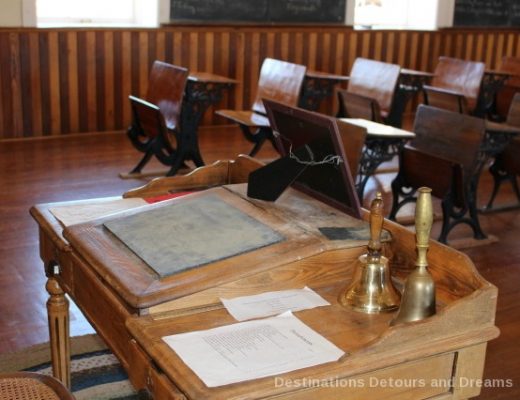