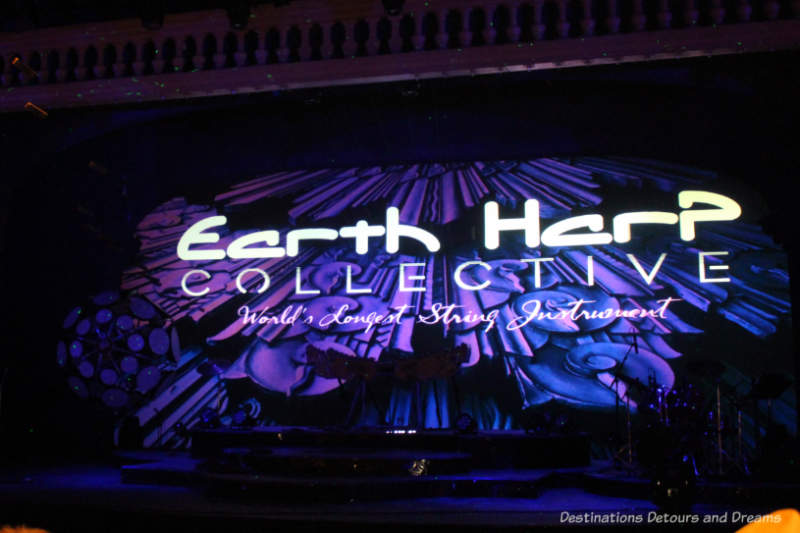 A unique musical performance with a one-of-a-kind instrument

Have you ever attended a musical performance from inside the instrument? That is a bit what it felt like when I went to the Earth Harp show at the Silver Dollar City theme park in Branson, Missouri this spring. 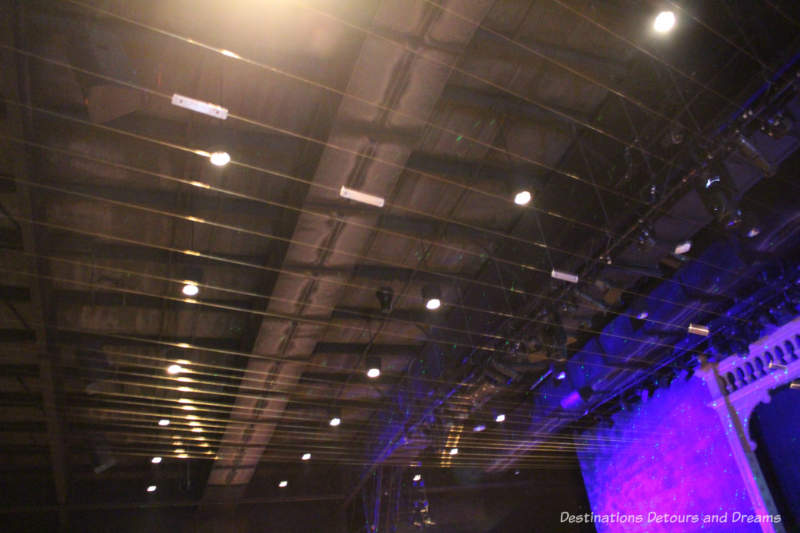 Strings along the ceiling of the theatre

The strings of the instrument rested on the stage and reached out above me to the back of the theatre. The entire building became the instrument. 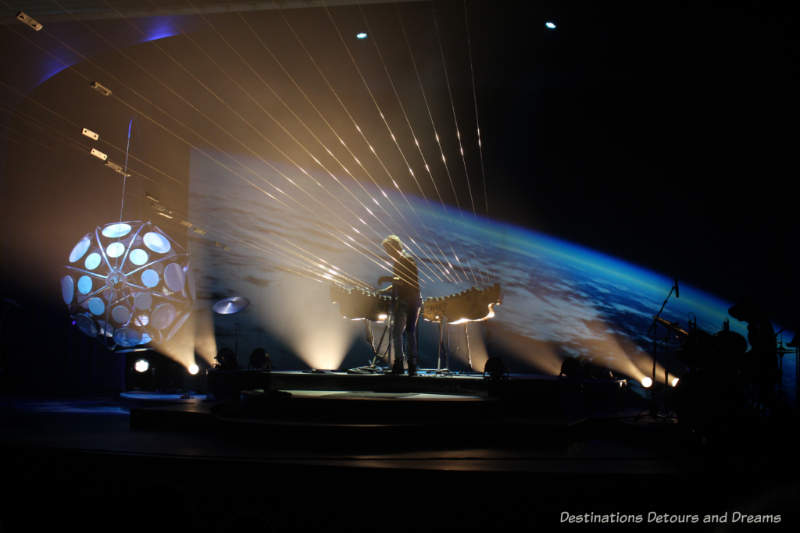 The performer, wearing cotton gloves with violin rosin, runs his hands along the strings to create “compression wave” vibrations that produce cello-like tones. The vibration patterns are similar to those produced by running a finger around the edge of a wine glass or by singing bowls. You can see and hear a snippet of the performance in the video below.

The acoustic sounds are amplified via a standard microphone. No computers are involved in creating the sound. In the performance I saw, the Earth Harpist was accompanied by a guitarist, a drummer, and a keyboardist, who provided beautiful vocals on some of the numbers. A light show formed the backdrop.

William Close invented the Earth Harp in 1999. He mounted four large resonators and a bridge about the size of two grand pianos to the ground on one side of a valley. He ran strings 1000 feet to the other side of the valley. Since then, he has installed the Earth Harp all over the world in concert halls, museums, festival stages, cathedrals, and public plazas. He’s done a mountain installation with strings tied into the mountain with rock climbing gear and a skyscraper installation in Los Angeles. A typical concert hall installation takes about 3 hours. A mountain or skyscraper installation takes 3 days. The earth harp holds the record as the longest playable stringed instrument on the planet. 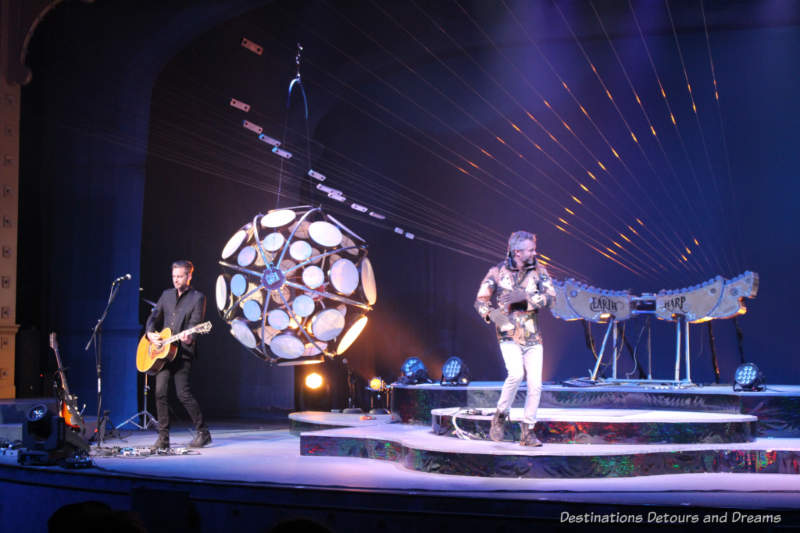 During the concert, the lovely sounds of the Earth Harp enveloped me and blocked out the rest of the world and its cares. The instrument itself amazed me. The creative ability to add beauty to our world filled me with hope.

William Close and the Earth Harp are not a regular feature at Silver Dollar City. The performance was part of the 2018 Festival of Wonder. See the Earth Harp Collective website or their Facebook page for information on upcoming performances. 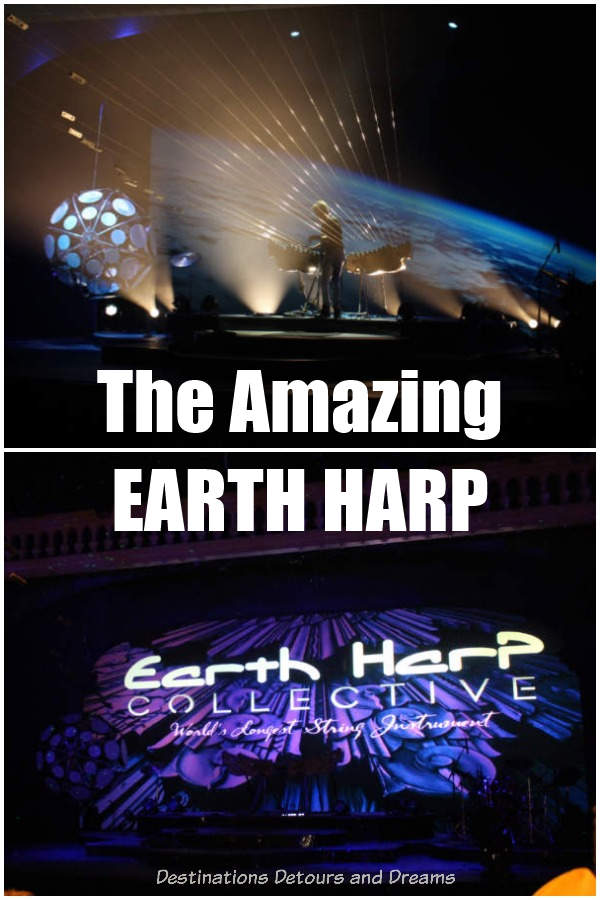