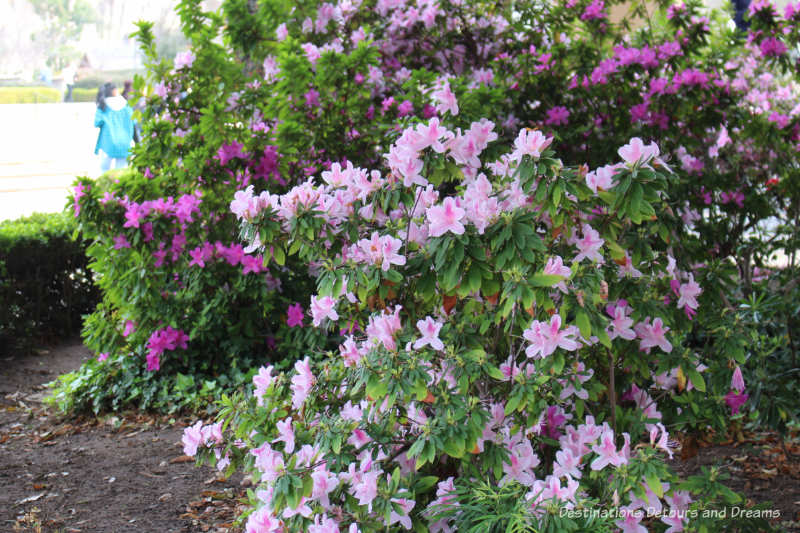 San Diego’s Balboa Park contains museums, cultural centres, art, interesting architecture and walking paths. Beyond the beautiful landscaping and mature trees along pathways throughout the park are a number of distinct gardens.

Balboa Park was created in the late 1800s. The first landscaping began in 1892 when Kate Sessions, now known as the “Mother of Balboa Park” offered to plant 100 trees a year. The city worked on a master plan for the park in the early 1900s. Development of the park has continued over the years with two world fairs playing a significant role in what is in the park today. The 1915-16 Panama-California Exposition commemorated the opening of the Panama Canal. The California Pacific International Exposition was held in 1935-36 to boost the local economy during the Depression. 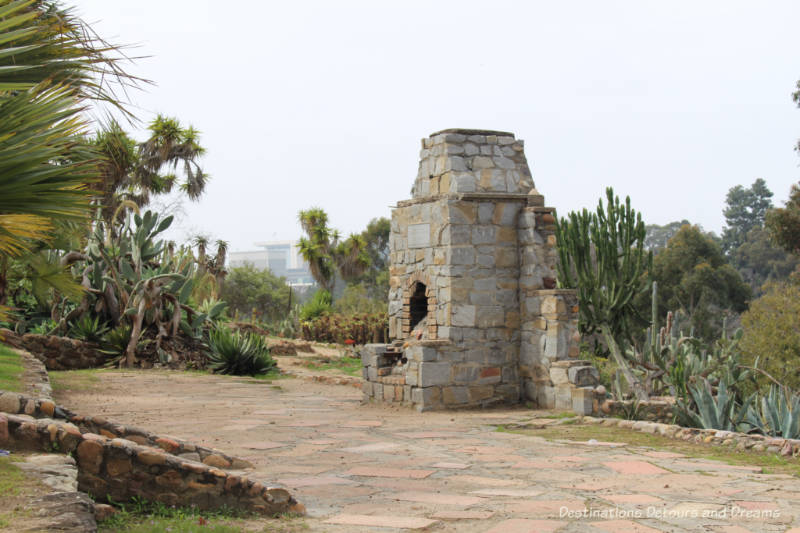 The Old Cactus Garden was created for the 1935-36 California Pacific International Exposition under the direction of Kate Sessions. It contains cacti and succulents as well as exotic African and Australian Protea plants. 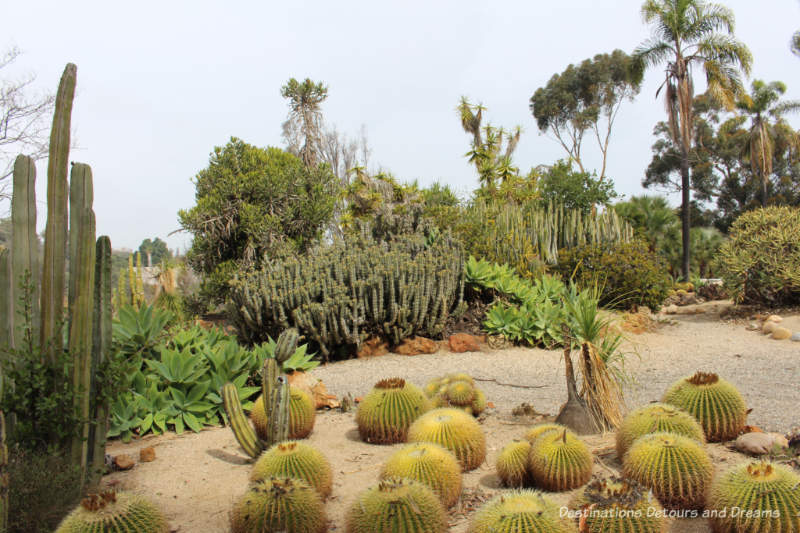 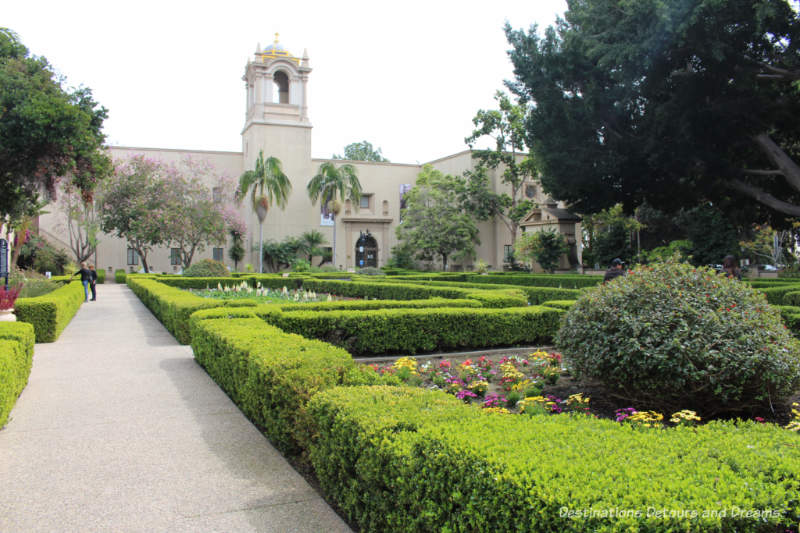 The design of the Alcazar Garden is patterned after the gardens of Alcazar Castle in Seville, Spain. It is a formal garden with boxwood hedges, fountains, colourful tilework and a pergola. About 7,000 annuals are planted each year. The garden was originally created for the 1935-36 California Pacific International Exposition and has been reconstructed to replicate that design. 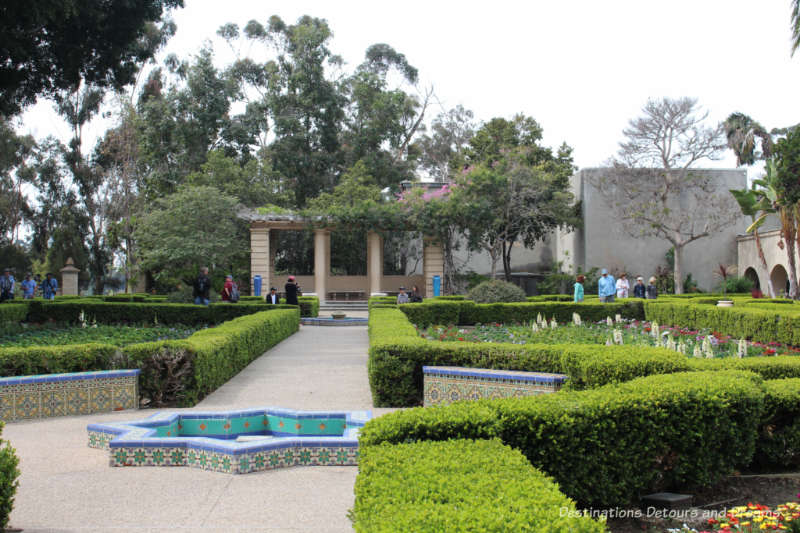 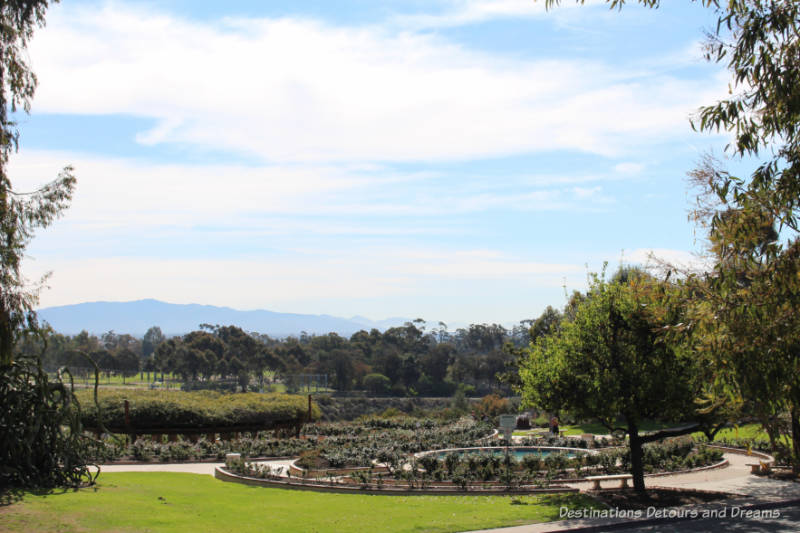 The Inez Grant Parker Rose Memorial Garden has about 1,600 roses of different varieties. The Balboa Park website states that the roses are in bloom from March through December with April and May being peak blooming months. I visited in mid-March. Only a scattering of roses were in bloom at that time. 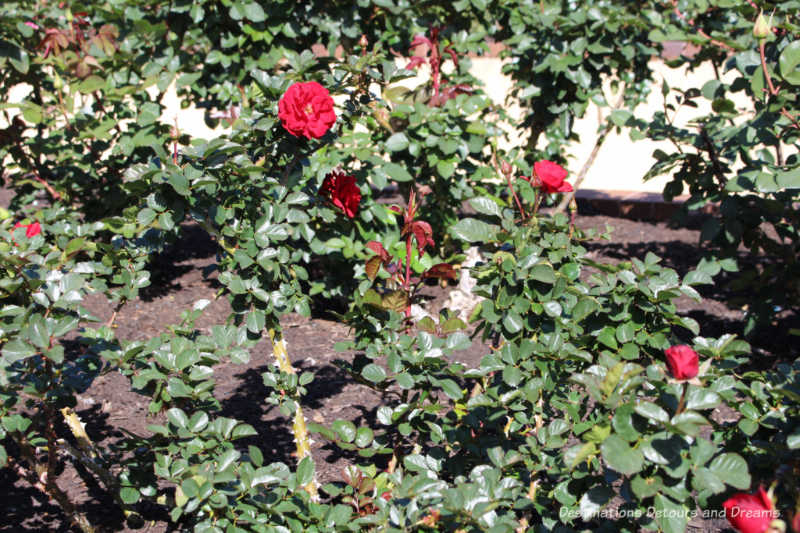 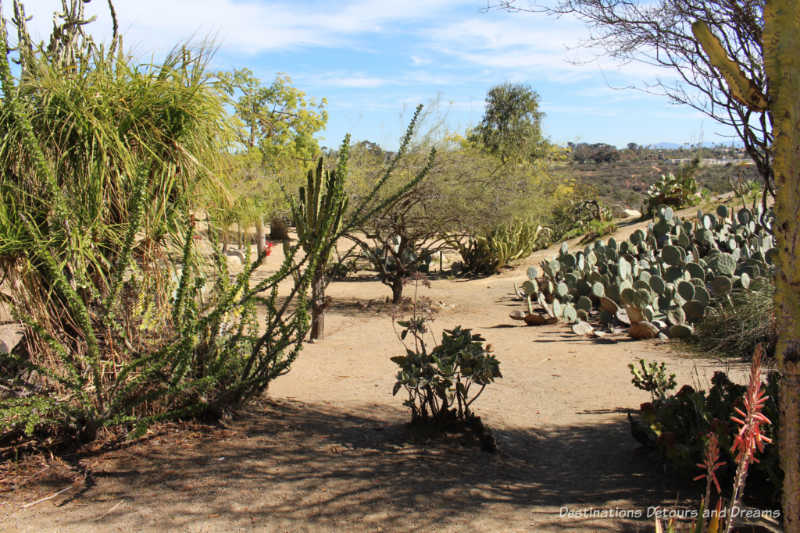 The Desert Garden sits next to the rose garden and contains succulents and drought-resistant plants from around the world. Paths through the garden create a peaceful, quiet space, a space that invites lingering and sitting a while. The peak blooming period for this garden is January through March and I did find a few plants in bloom. However the shapes and varying shades of green in these plants would make this garden interesting at any time of year. 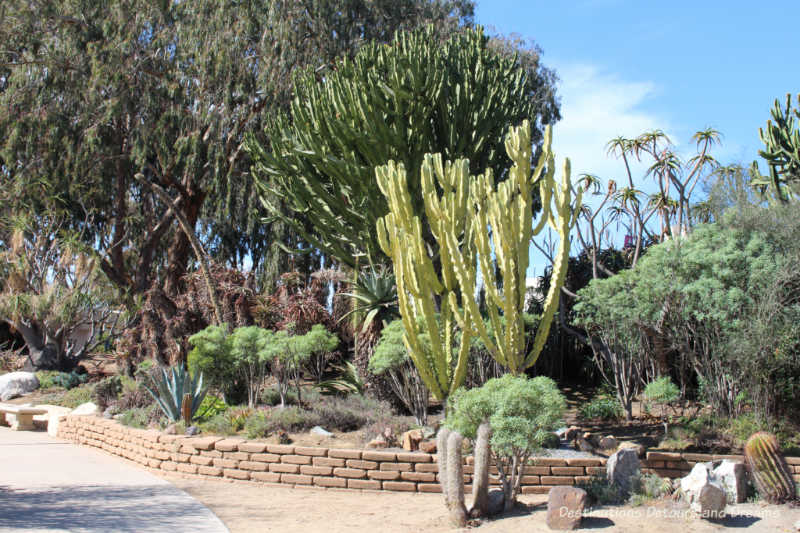 Both the rose garden and the desert garden overlook the Florida Canyon Native Plant Preserve. The view of the canyon contributes to the peaceful feeling in both of those gardens. The canyon creates a separation from the rest of the city. Its 150 acres and natural landscape contain many hiking and biking trails. 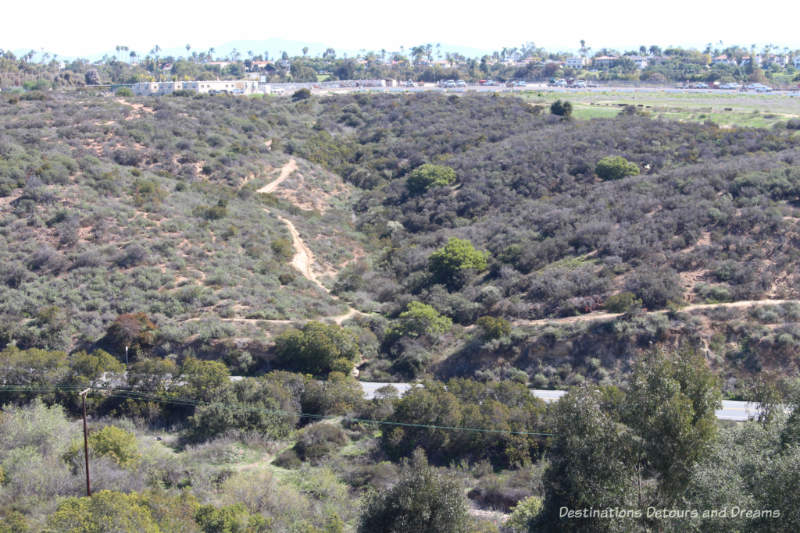 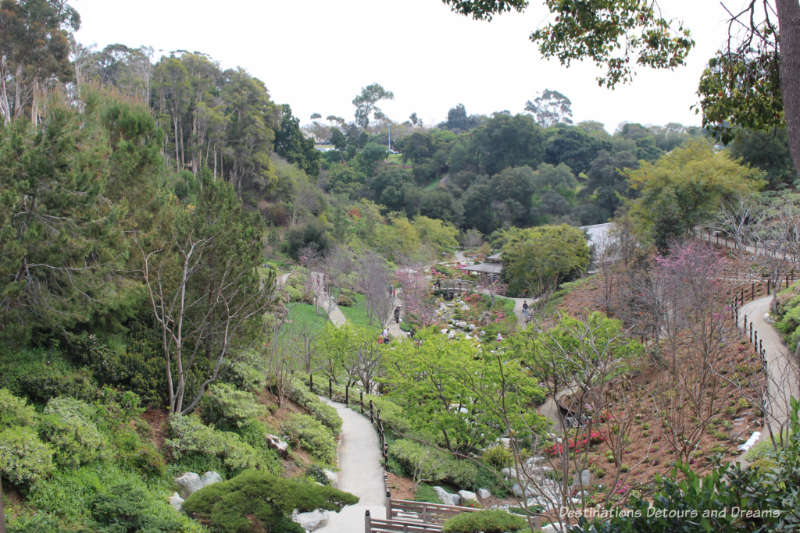 The 12-acre Japanese Friendship Garden is an expression of friendship between San Diego and its sister city, Yokohama. The design is based on centuries-old Japanese techniques adapted to San Diego’s climate. Water, stones, hills and valleys, traditional elements of a Japanese garden, work with the plants to create a serene tranquility. 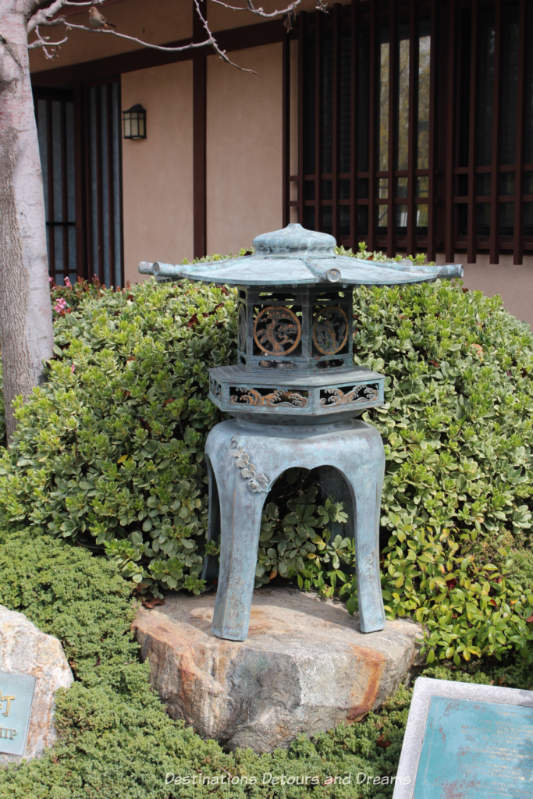 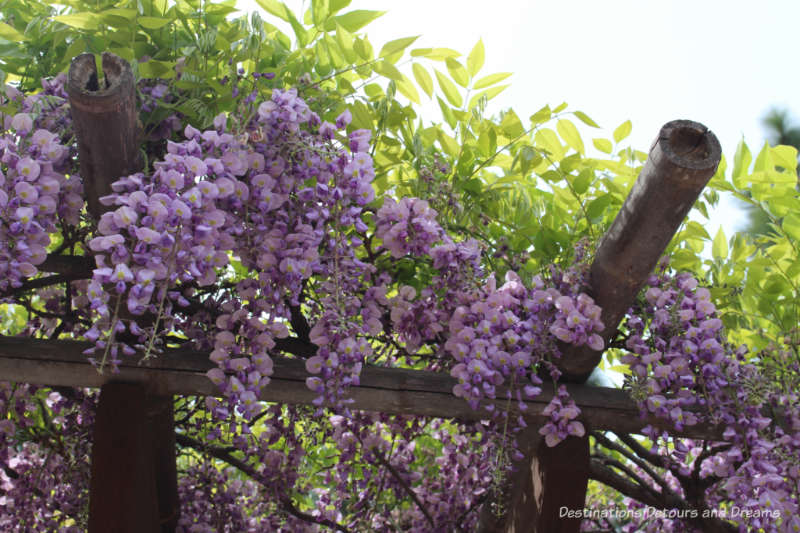 Wisteria on a pergola 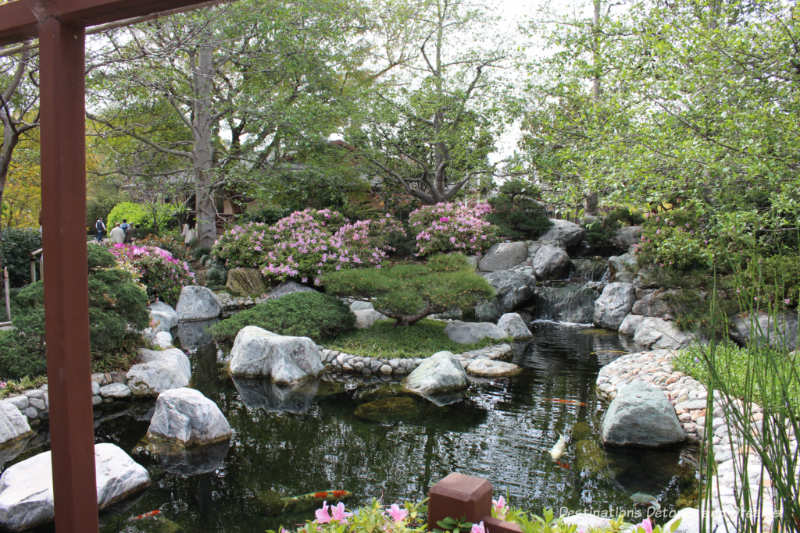 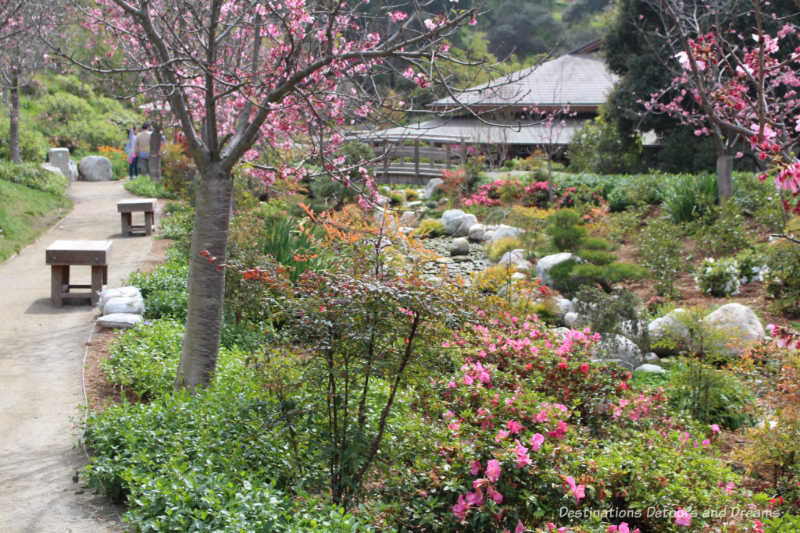 The Garden offers a variety of educational programs, exhibits and festivals. A tea ceremony was underway when I visited. 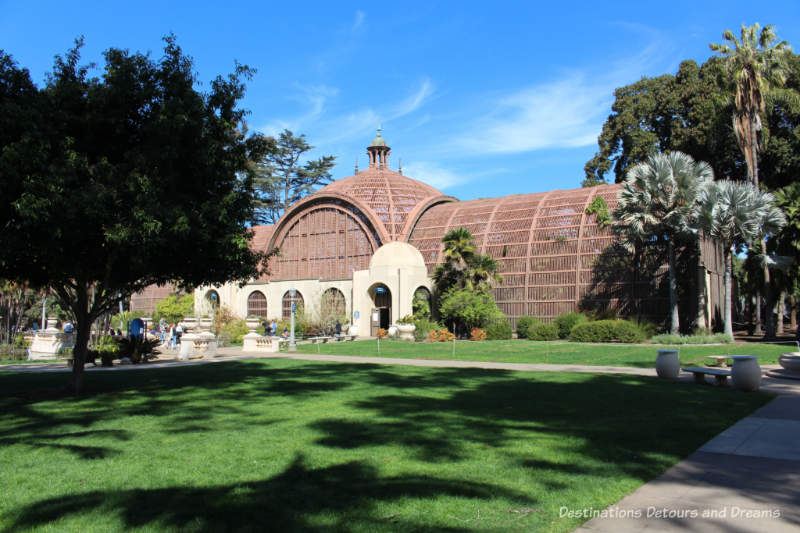 The Botanical Building and the adjacent Lily Pond and Lagoon were built for the 1915-16 Panama-California Exposition. The building is one of the largest lath structures in the world. Inside it contains over 2,000 plants including ferns, orchids and other tropical plants. 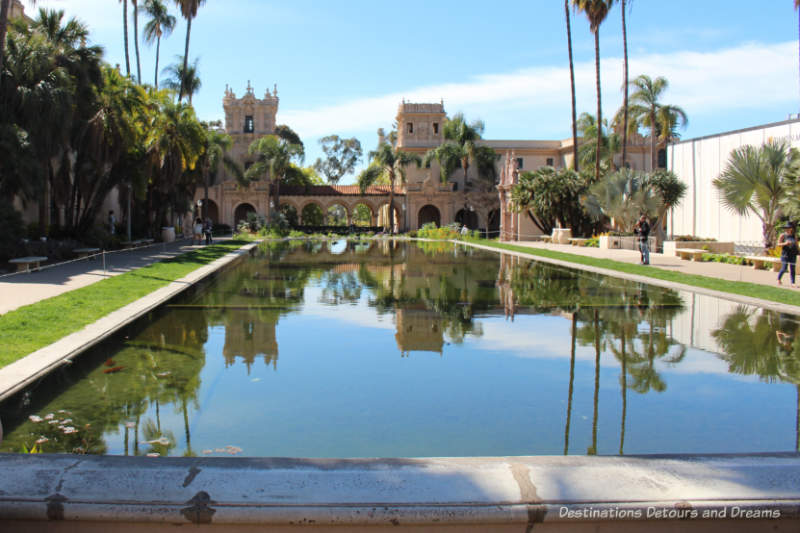 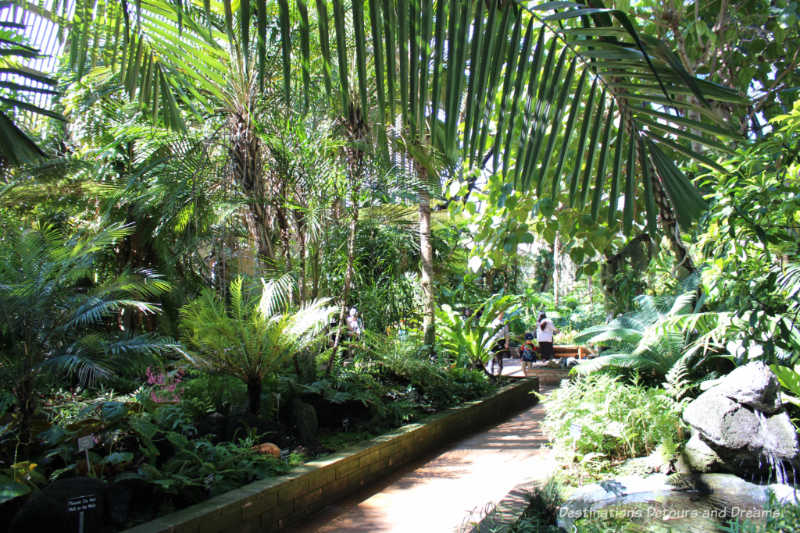 Inside the Botanical Building 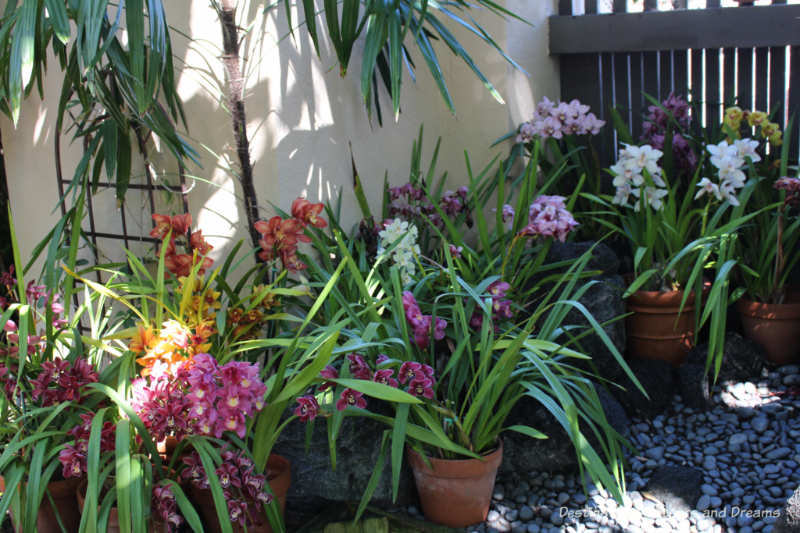 Orchids inside the Botanical Building

I spent two afternoons exploring Balboa Park when I was in San Diego and didn’t make it to all of the gardens in the park. Other gardens include an Australian Garden containing many plants gifted to San Diego by the country of Australia for the United States Bicentennial in 1976, a drought-tolerant California Native Plant Garden, the formal English-Romantic-style Marston House Garden, Palm Canyon with more than 450 palm trees, and Zoro Garden, a sunken stone grotto butterfly garden originally designed as a nudist colony during the 1935 California-pacific Exposition.

All of the gardens, with the exception of the Japanese Friendship Garden which has an admission charge, are free to visit. Most are open daily year-round. Check the Balboa Park website for specific details on each garden. For information on other attractions in Balboa Park read my post Exploring San Diego’s Balboa Park. 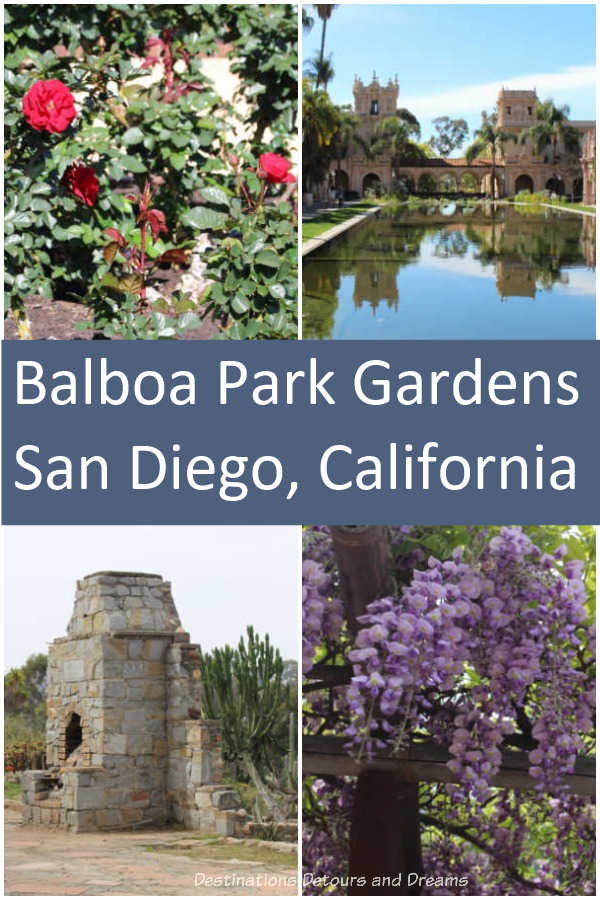 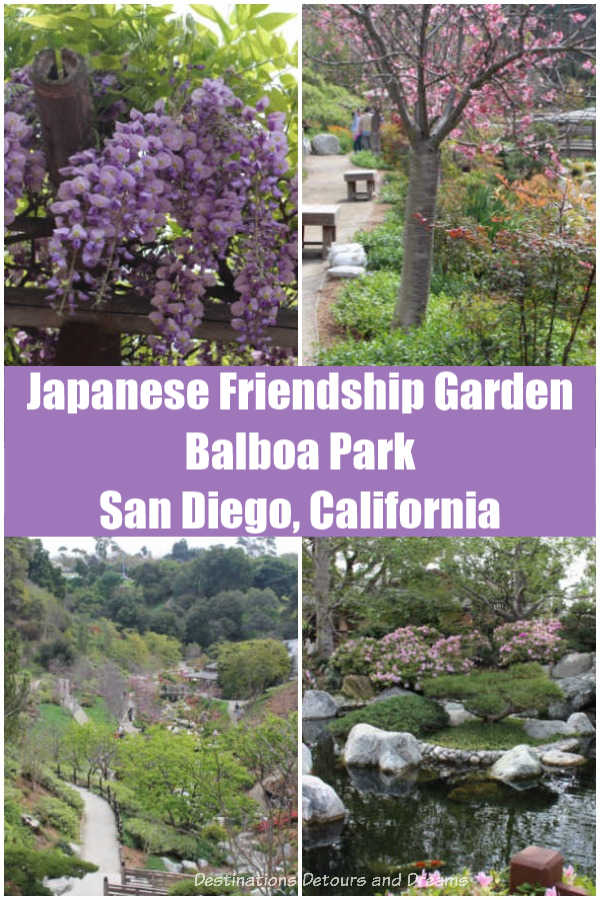 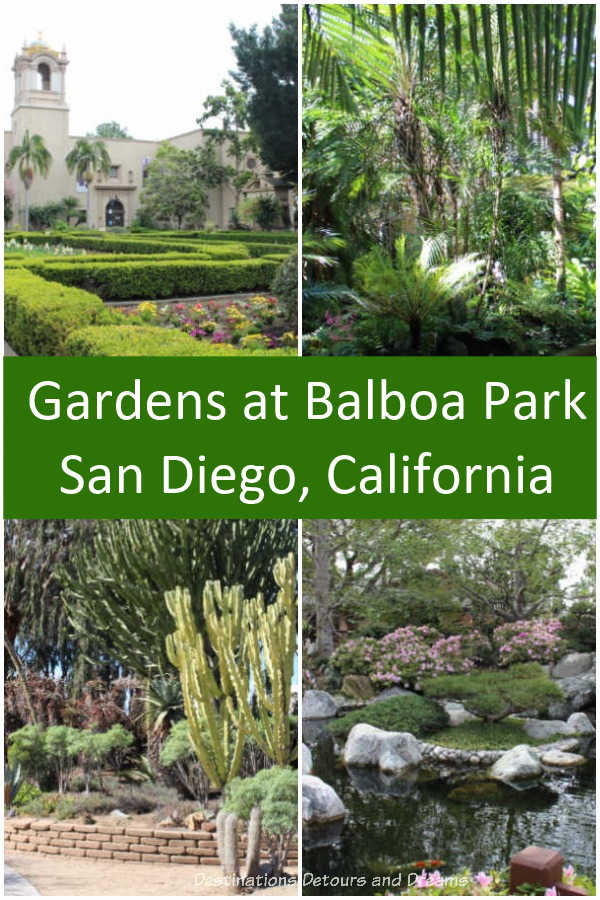 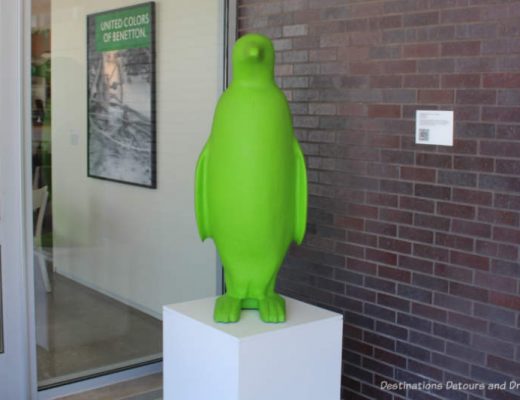