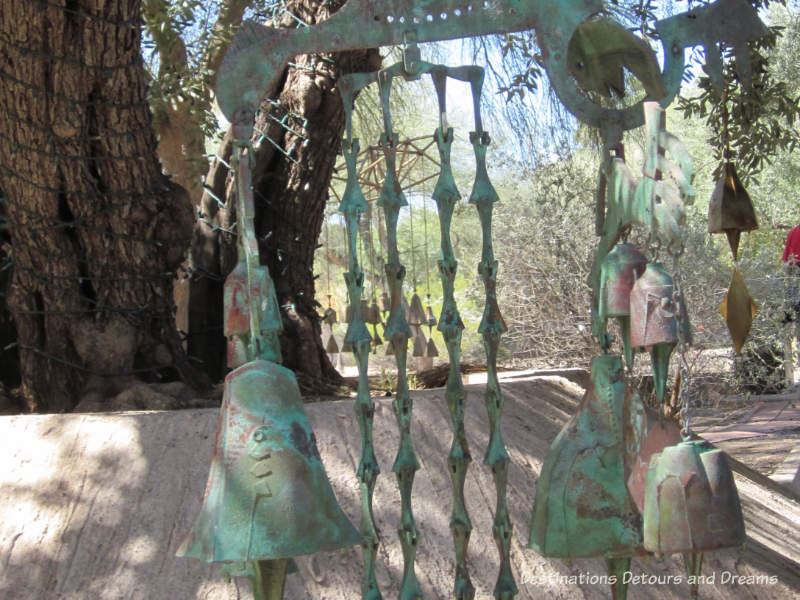 I love the melodic tone of my Paolo Soleri windbell. The small bronze bell rings only the wind is strong, one clear sweet note reverberating through the yard. Cosanti Originals in Paradise Valley Arizona is an interesting place to visit as well as shop for their bronze and ceramic windbells.

Sixty-minute donation-based guided tours are available Mondays through Saturdays at 9:15 and 10:45 am. Register ahead. 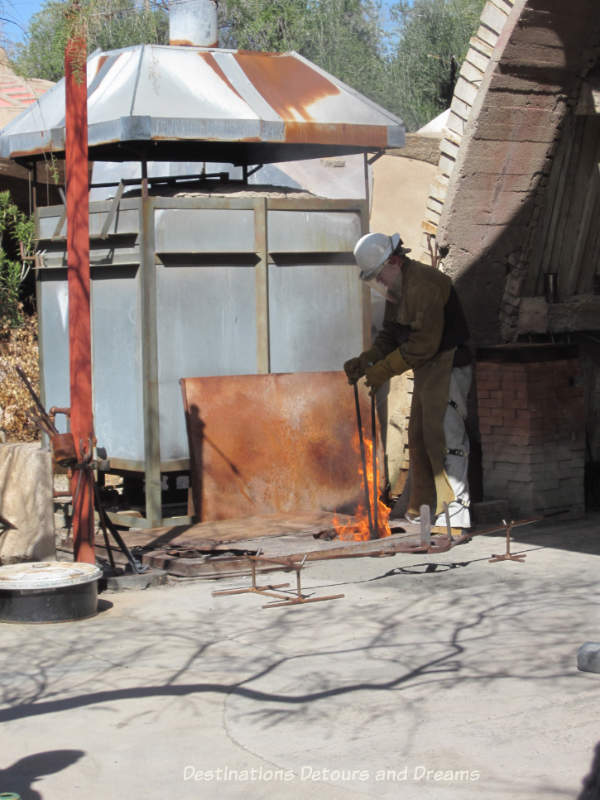 The roar when the bronze is melted caused me to cover my ears. The bronze is heated to 2200 degrees before pouring into molds. Small molds are poured first, then the large ones. The melted bronze cools to 1000 degrees after sitting for one minute. 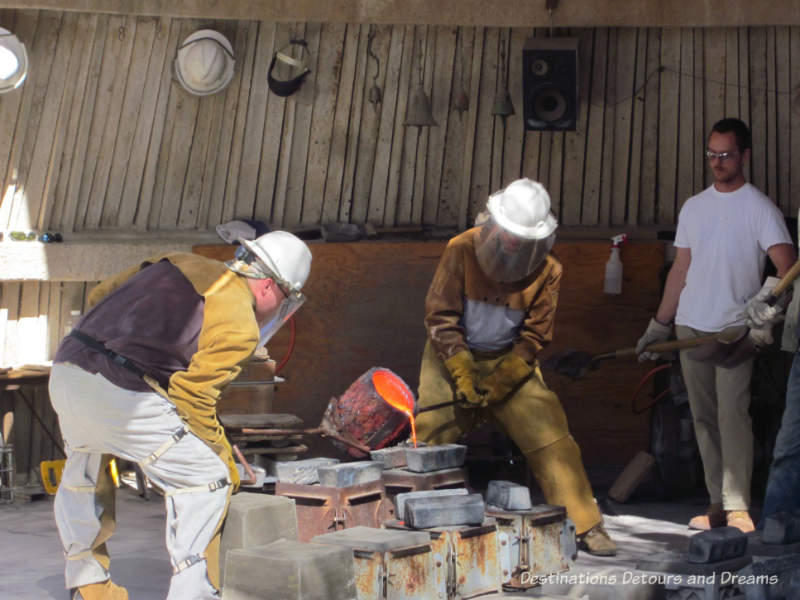 Pouring bronze into molds at Cosanti

Casting stops at 12:30 so pieces are cool enough by 2:30 to take out of the molds. and brush the sand off. At one time, when Cosanti had no neighbours, smaller bells tumbled in a cement mixer to be cleaned. Now that the area around it has filled up with expensive homes, the practice has been discontinued because of the noise. 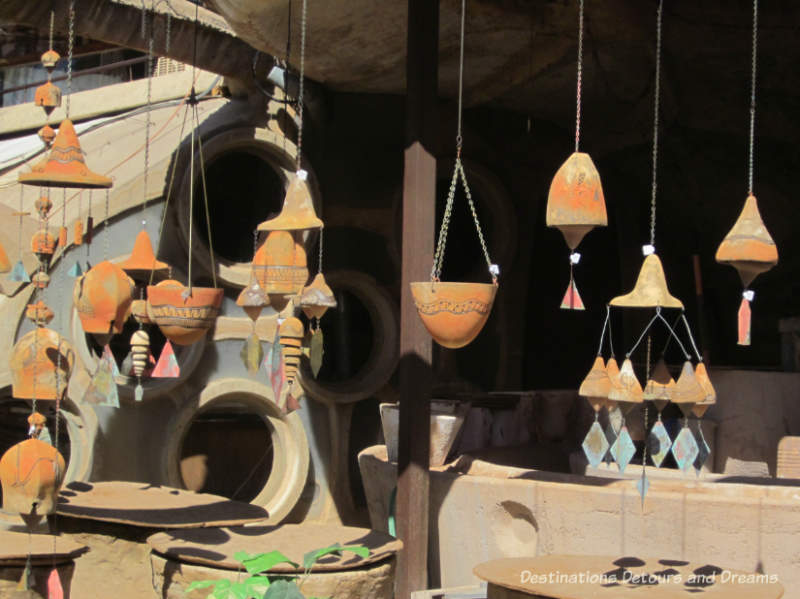 Silt, a mixture of clay and water, is used to make the ceramic bells. The ceramic apse, where the ceramic bells dry, has been situated in such as way as to accept the heat and light of the lower winter sun and to provide shade from the summer sun. 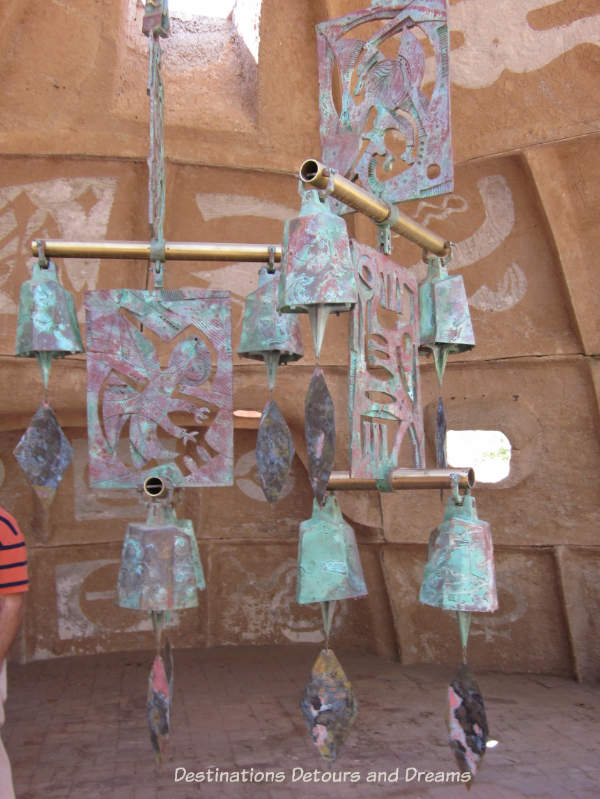 Cosanti was the gallery, studio and residence of Italian-American architect Paola Soleri. Soleri coined the word “arcology” by combining “architecture” and “ecology”. He began work on experimental buildings on this site in the mid 1950’s. Cosanti features terraced landscapes to allow water to drain to lowest point and earth-formed concrete structures. Many structures are partially underground and surrounded by mounds of earth for natural insulation. 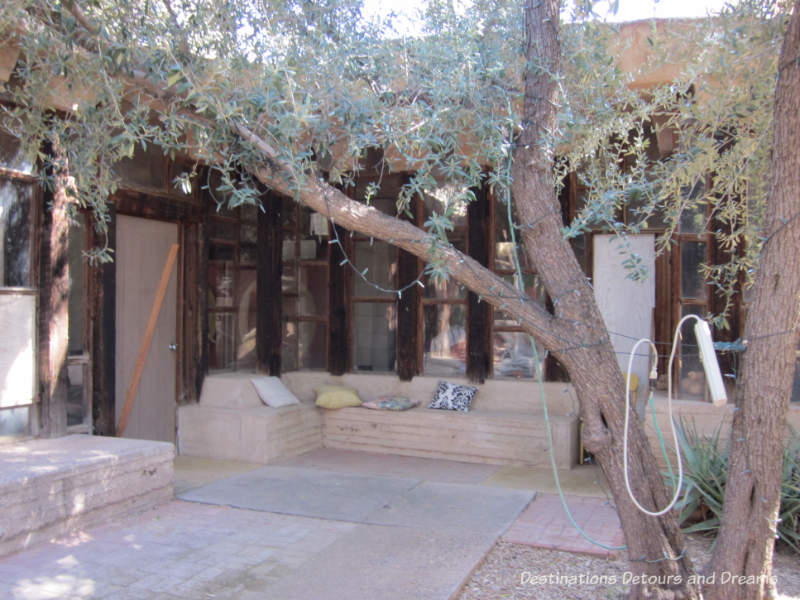 The original vision was of workers living and working on the site. Today staff do not live on-site, but students may live in the residences for one to several months. Cosanti translates to “Against Things”, reflecting Soleri’s anti-materialist stance. I could not enter the housing buildings, but a peek through the windows revealed a minimalistic lifestyle. 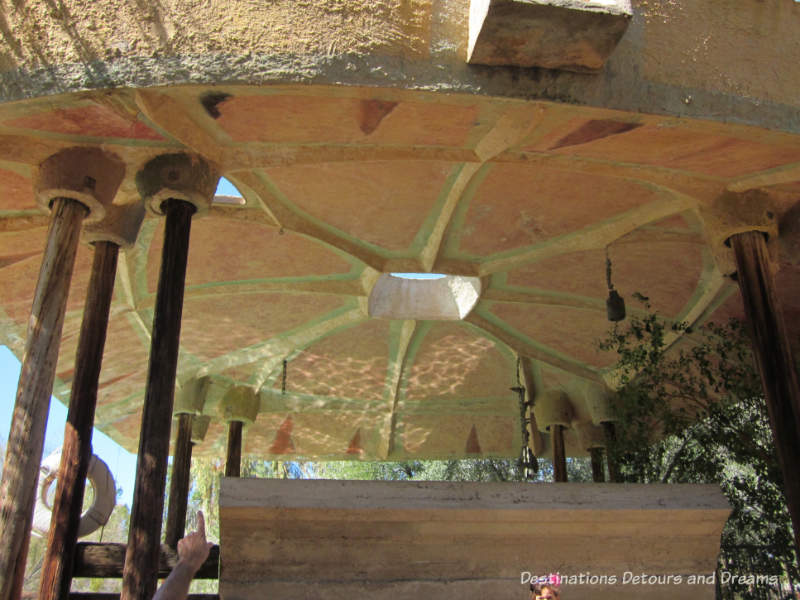 Wood pillars supporting the concrete canopy shading the pool at Cosanti.
One wonders how long the wood beams will be able to support the weight.

During one of my visits to Cosanti, a  guide described the workers as artisans, not artists, because they do work “in the style of”. He highlighted the major difference between Paolo Soleri and Frank Lloyd Wright. Frank Lloyd Wright was about straight lines, angles and wide open spaces. Soleri’s style is more rounded. He believes in density, that people should live, work, and play in the same area, a space that that doesn’t require a car, a lean alternative to urban sprawl. Arcosanti, about 70 miles north of Phoenix, is a urban laboratory based on Soleri’s theory of compact city design. The profits from the windbells funded that experiment. 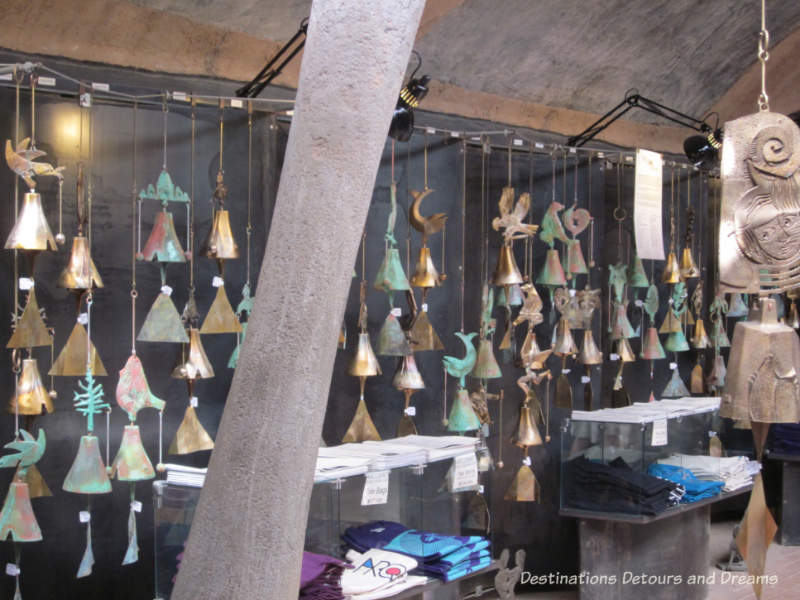 Items for sale at Cosanti shop 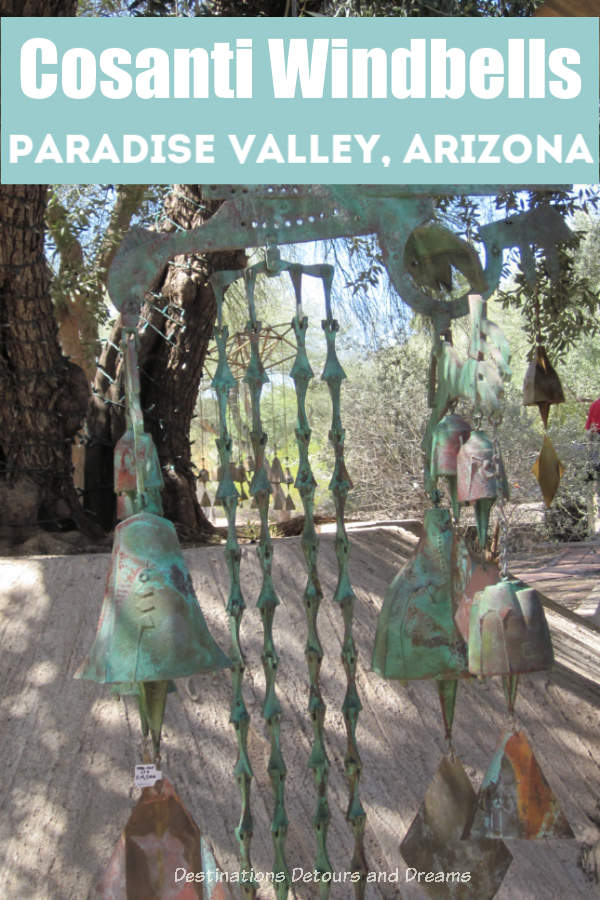 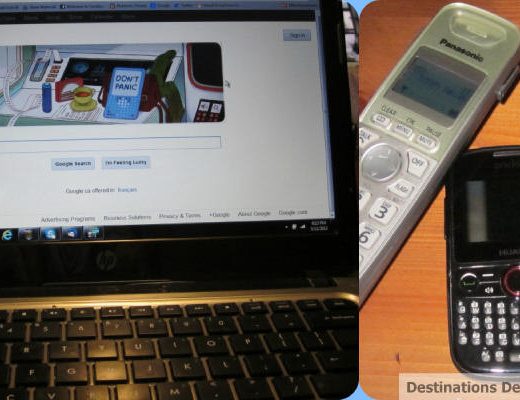