Until I attended the Prickly Pear/Mesquite Festival at Superstition Mountain Museum in Apache Junction, Arizona and attended a cooking class by Jean Groen, I’d been unaware of any culinary use for mesquite other than the smoky flavour added to foods when cooked over mesquite wood. At Jean’s class I learned about mesquite flour and ways in which it can be used.

Mesquite are deciduous, drought-tolerant trees. Three varieties grow in the American southwest: honey, velvet and soybean. They have wide-spreading and deep-reaching root systems.

Last spring on a tour of the McDowell Sonoran Preserve in north Scottsdale, I learned mesquite trees often grow along desert washes or arroyos. An arroyo is a gulch which fills up with water when it rains. Mesquite seeds tumble into gulches and take root where the water takes them. Mesquite trees are also found in flat areas, their seeds having been carried there by cattle.

Mesquite burns hot and fast. It imparts a strong flavour to food. The flour is made from bean pods and, while it too has a unique flavour, it is quite different than that of the smoke. I am not particularly fond of the mesquite smoke flavour, but find the flour quite pleasant.

Mesquite trees bloom from spring into summer, bearing catkins of pale green or yellowish flowers which produce pods of hard and long-lasting seeds. The pods are used to make flour. Most sites I visited when researching this post recommend harvesting before the pods fall to the ground to avoid pollutants or contaminates in the ground. They suggest spreading a sheet on the ground and shaking the branches to make the pods fall.

Jean looks for pods with holes in them. Bruchid beetles lay eggs in developing pods. When the eggs hatch the larvae burrow into the pods. After they mature, they make small holes and exit the pod. The presence of the holes tell you the pod is beetle-free.

Jean dries the pods for three to four hours in a 250 degree oven. They become crisp. Then she blends the pods, sifts out the seeds and thicker pieces, and blends again. She throws the seeds away. She said the flour has more protein if the seeds are kept, but it must be treated with heat in order for the body to be able to process it. She also noted that it is best to do the blending outdoors. When she lifted the lid of the blender in her demonstration, a fine dust blew into the air.

Mesquite seeds strained out after pods were blended

Mesquite flour is a good source of calcium, manganese, iron and zinc. Mesquite flour made from grinding the whole pods produces soluble fiber, which is absorbed slowly without a rapid rise in blood sugar.

There is no gluten in mesquite flour. It should be used in proportions of one-quarter to one-third cup for every cup of regular flour.

I purchased a small bag of mesquite flour. I tasted the raw flour and thought it had a sweet, nutty flavour. When I asked my husband and brother-in-law to try it, they both said it reminded them of cinnamon without knowing the other had said the same thing.

My bag of mesquite flour

The information with the bag of flour said that in addition to using it in your favourite muffin, cookie or cake recipe by substituting 30% of the flour with mesquite flour, you could use it as a spice by sprinkling it on meat or vegetables before grilling. I tried that with pork chops. They were delicious. They had a subtle, earthy grilled flavour. I think the flour helped seal in moisture.

I also tried the mesquite gingersnap recipe that came with the flour. They too were delicious.

Have you cooked with mesquite flour? 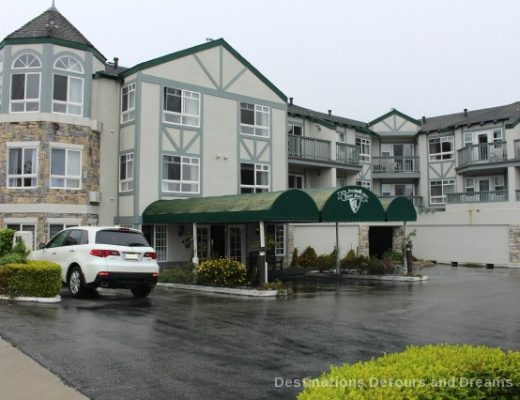