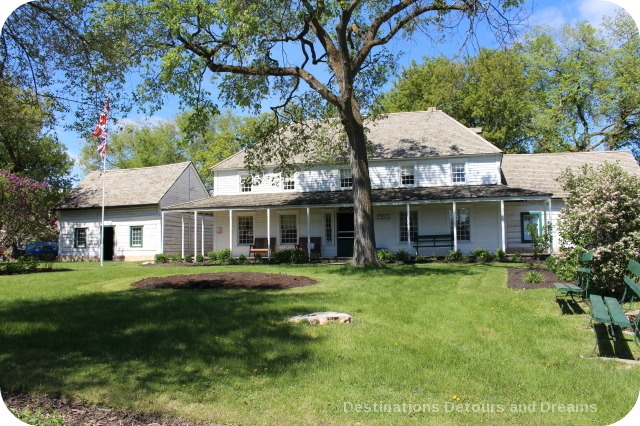 A former merchant’s house, now a museum in Winnipeg, Manitoba,

Seven Oaks House Museum sits in a park-like setting in the midst of a residential area in Winnipeg, Manitoba. It was the former house of John Inkster, a prominent merchant and farmer. The two-storey log building was constructed between 1851 and 1853. The museum contains Inkster family furnishings and other period pieces. It offers a glimpse into nineteenth century life in the Red River Colony, a settlement on the Red and Assiniboine Rivers founded in 1812 by Thomas Douglas, the fifth Earl of Selkirk.

Seven Oaks House is listed on Canada’s Register of Historic Places. It is the earliest remaining river lot dwelling. Farm lots along the Red River were long and narrow, so each one had direct access to the river. 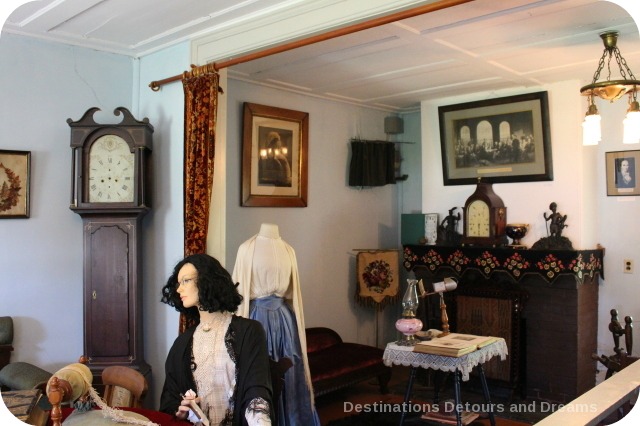 Parlour, with two wedding dresses on display on mannequins 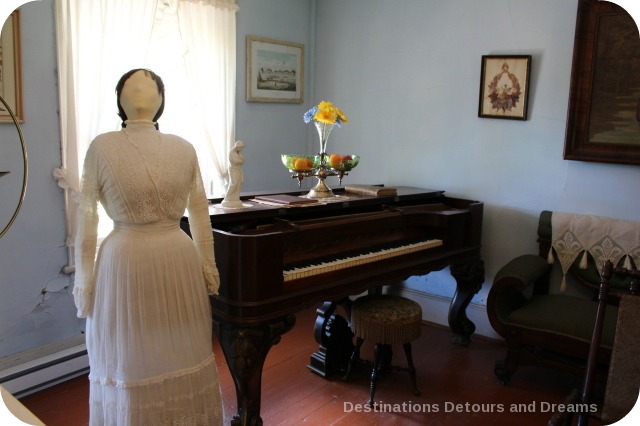 Other end of the parlour.
This wedding dress would have been considered extravagant because it wasn’t suitable for wearing again

When I walked into the parlour, it was obvious the Inkster family had been well-to-do. The room was large, the size of an entire house for many other families in the era.

John Inkster came to Canada from Scotland in 1821 as a stone mason with the Hudson’s Bay Company. Shortly after arriving, he bought himself out of service and became a farmer, trader and merchant. He married Mary Sinclair and they had nine children. 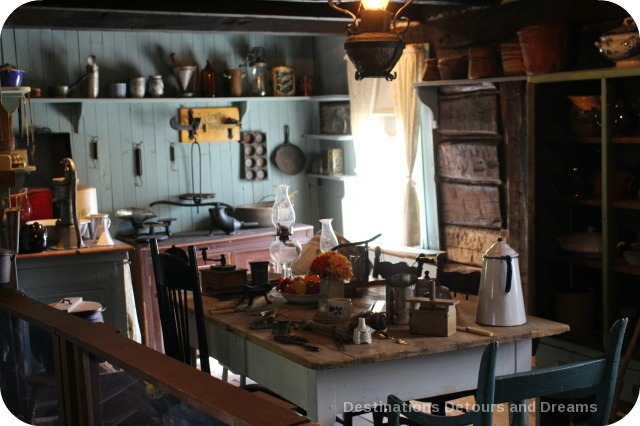 The kitchen is more rustic than the rest of the house.
It was the original Inkster family home.
All nine children were born before the larger home was built. 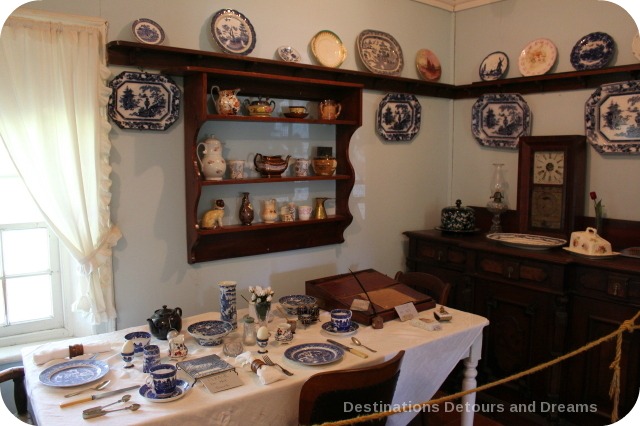 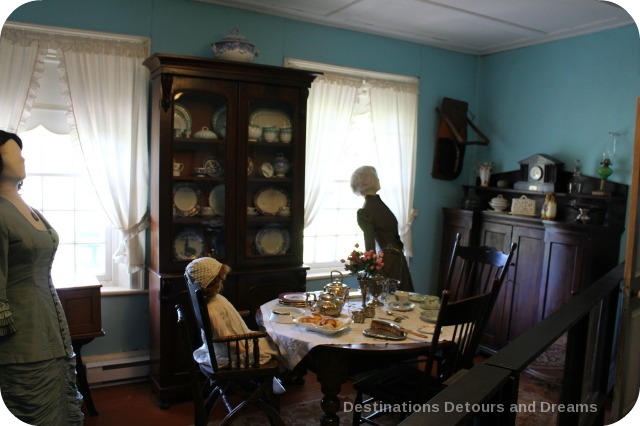 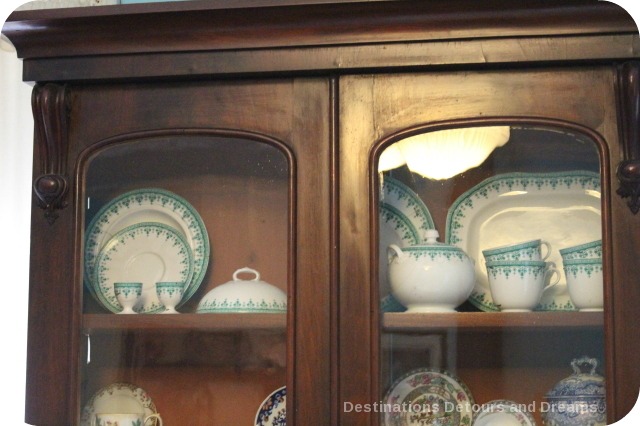 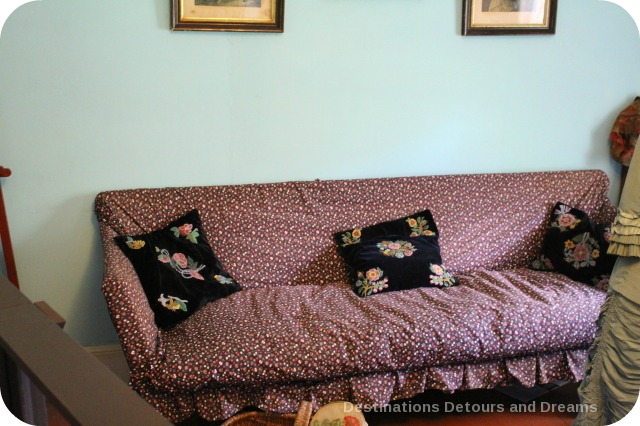 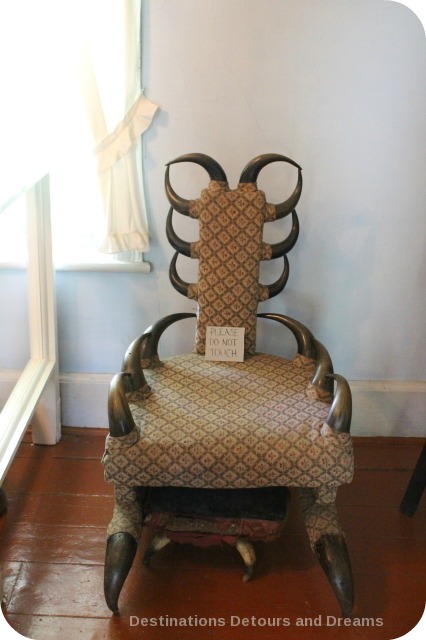 Seven Oaks House gets its name from the seven large oak trees which stood nearby, marking the site of the battle of Seven Oaks fought on June 19, 1816 between servants of the Hudson’s Bay Company, the Selkirk settlers and representatives of the rival North West Company.

The youngest Inkster child lived in the house until 1912. The house remained privately occupied until 1954 and opened as a museum in 1958. 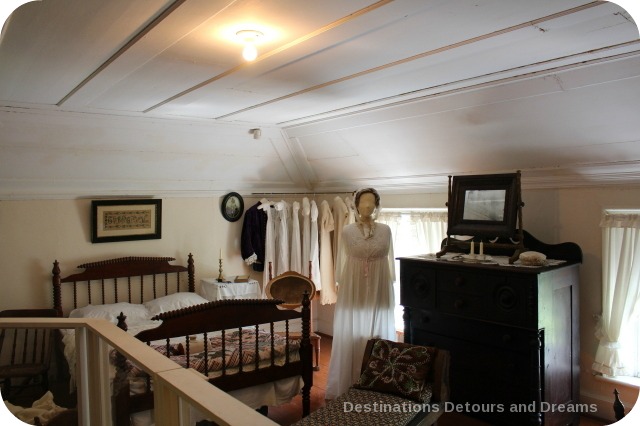 I was surprised to see how large the master bedroom was. The hand-made furniture furnishings represented the 1850s. The chaise lounge was made by John Inkster. Mary Sinclair Inkster suffered from headaches and rested on the lounge. Another bedroom was furnished in the style of the 1870s, when manufactured furniture became common. 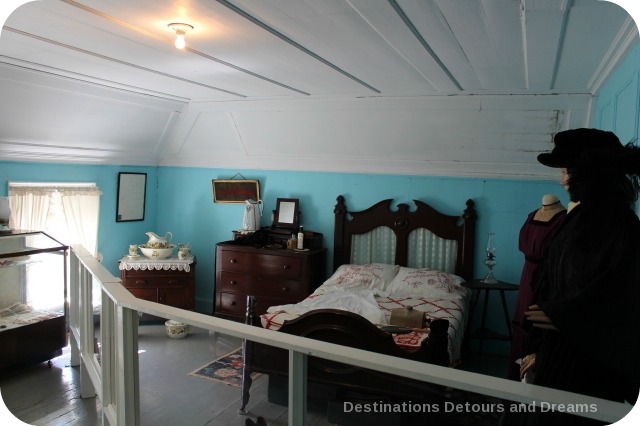 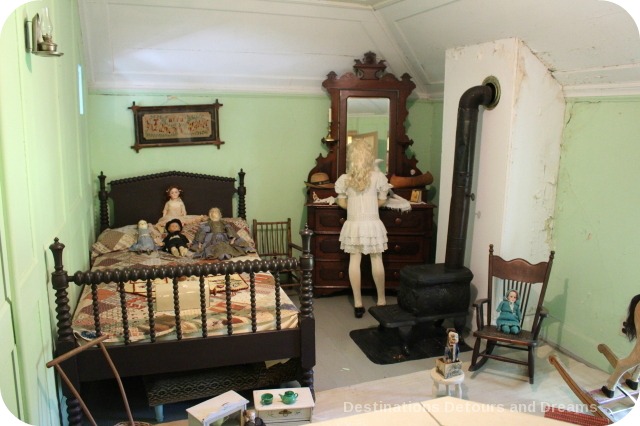 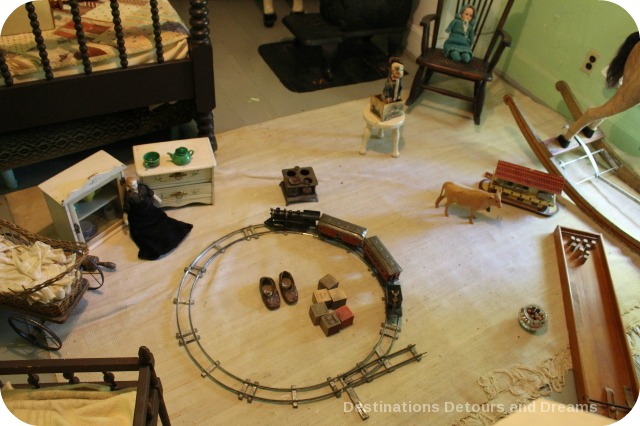 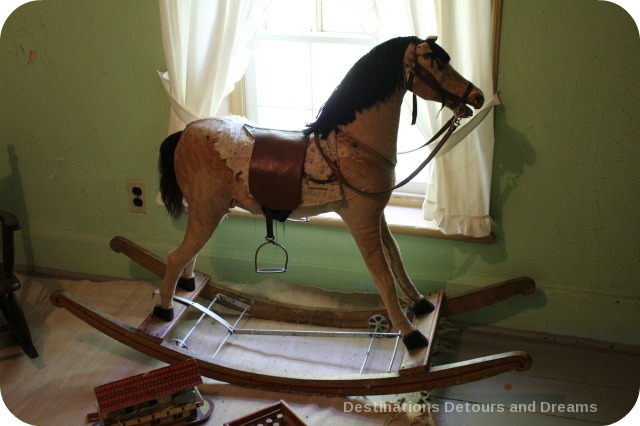 Rocking horse covered in foal skin with a real horse hair tail.
Cool or creepy or both? 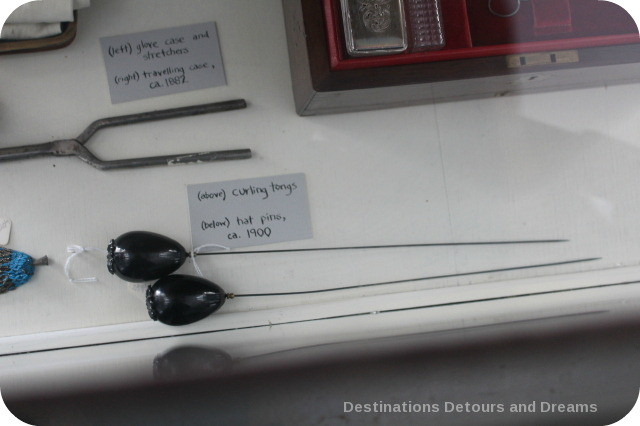 Hat pins in one of the museum’s display cases.
I now understand how Victorian women could use these as weapons.

I toured Seven Oaks House Museum during the Doors Open Winnipeg weekend. An interpreter, a woman in her early twenties, guided me through the house, pointing out items of interest and providing background information. She reminded me of my twenty-one-year-old niece, a history major. Not in looks, but in her enthusiasm, the things she pointed out and the manner in which she provided me with information. Later, when I talked to my niece, I learned that one of her friends worked at Seven Oaks House Museum. There were other interpreters working that day and I cannot confirm with certainty that my guide was my niece’s friend, but I like to think that was the case. 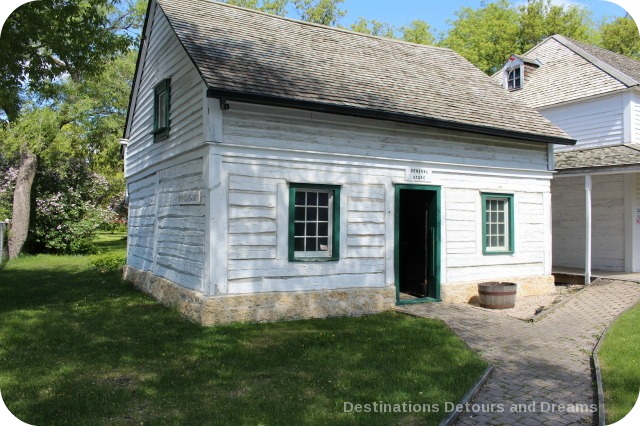 Seven Oaks House Museum provides a great view of nineteenth century life in the Red River Settlement. The many Inkster family belongings contained with the museum give it a very authentic and personal feel The museum is located off the beaten path at 50 Mac Street. It is open 7 days a week (10 am to 5 pm) from the May long weekend through Labour Day weekend, with interpreters on site. Admission is free. Donations are welcomed. 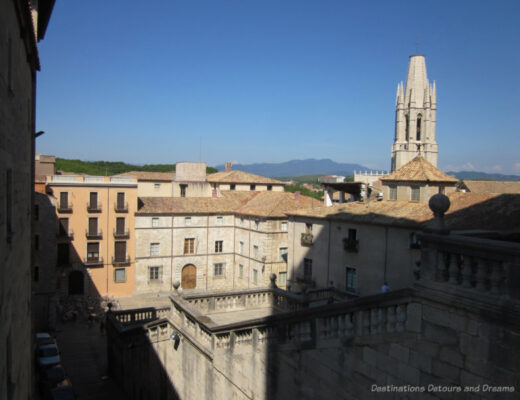