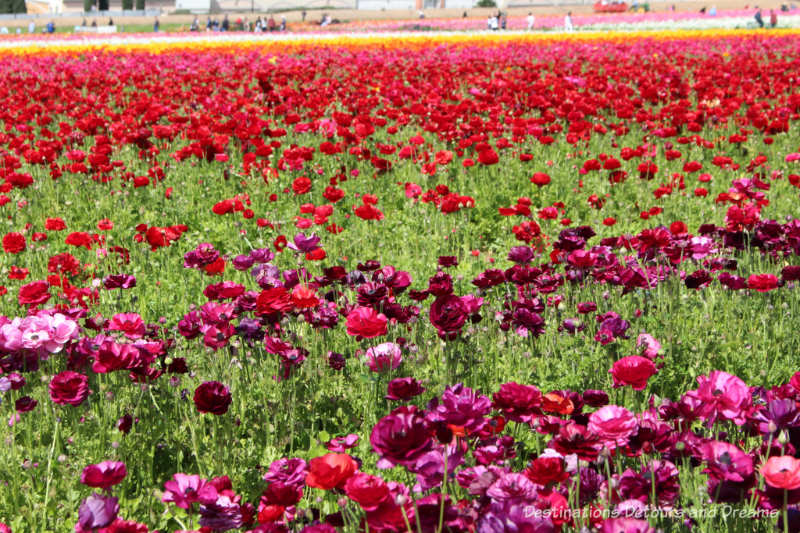 Fifty acres of ranunculus bloom in springtime in Carlsbad 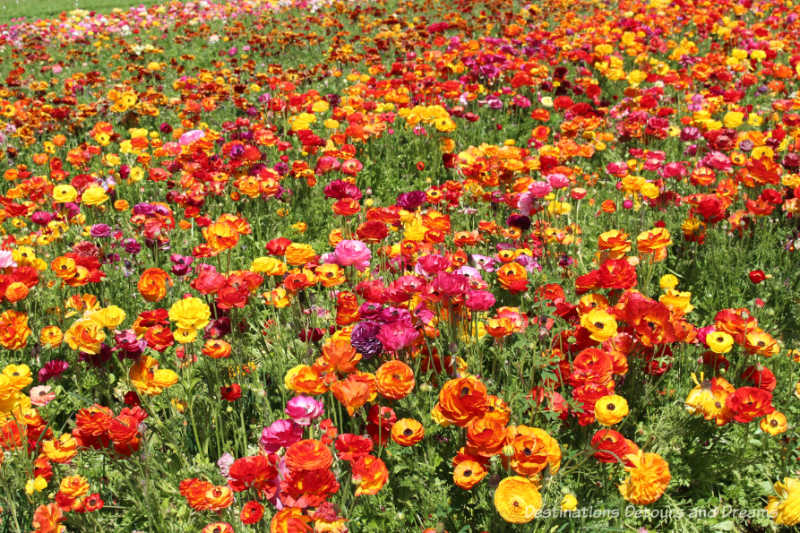 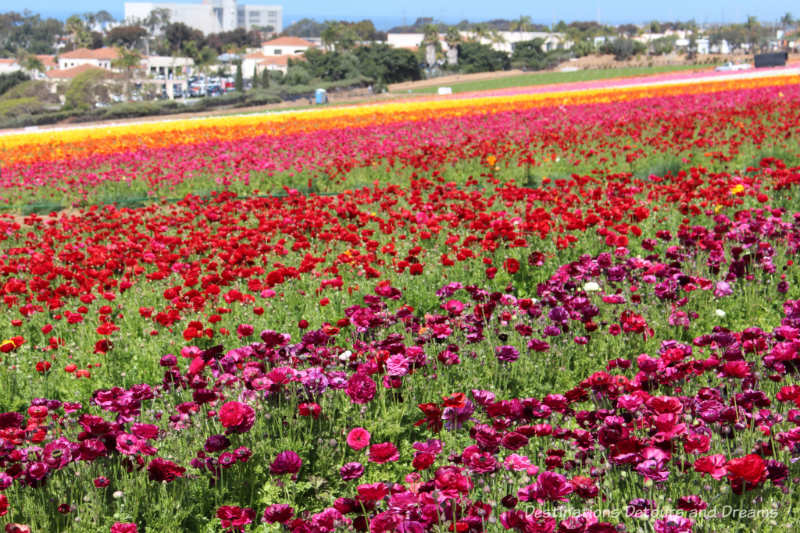 Located in the midst of an urban setting, next to Carlsbad Premium Outlets, The Flower Fields at Carlsbad Ranch are more than fifty acres of Giant Tecolote Ranunculus flowers. 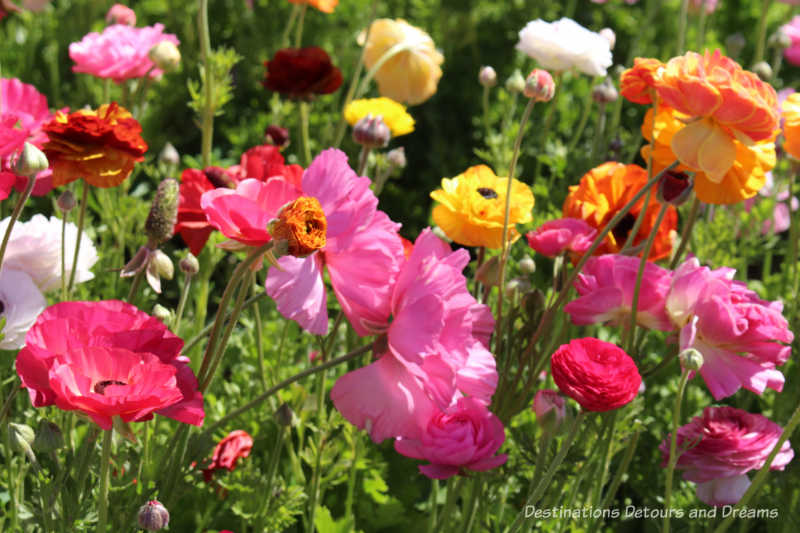 The ranunculus is native to Asia Minor and a member of the buttercup family. It is commonly referred to as Persian Buttercup.  Originally the flowers were single petal and ranged in shades of red and yellow. Today’s flowers are fuller and bloom in thirteen different colours as the result of years of careful selection done by Edwin Frazee. 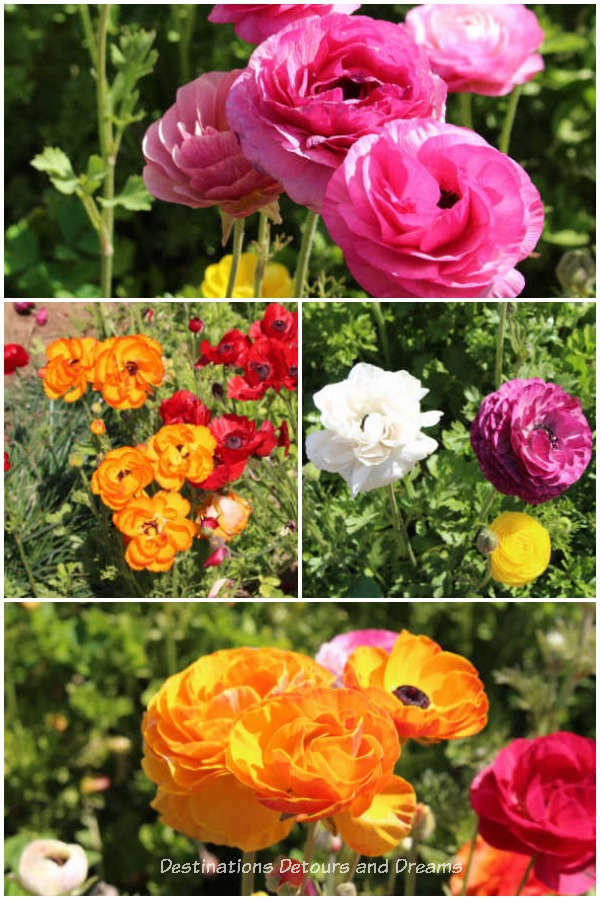 Luther Gage first brought ranunculus seeds to the area in the 1920s. He began growing them in the field next to Frank Frazee’s small vegetable farm in South Oceanside. In 1933 Frank Frazee also started growing ranunculus and introduced his son Edwin to the art of seeding, cultivating and irrigating the pretty but not yet popular flower.

The flowers have been on the current site since 1965. Prior to 1951, the land was used for dry-farmed crops like lima beans and oat hay because there was no water available. Paul Ecke Sr acquired the land in 1951 and after piping in water from a well drilled on site, began raising poinsettias. 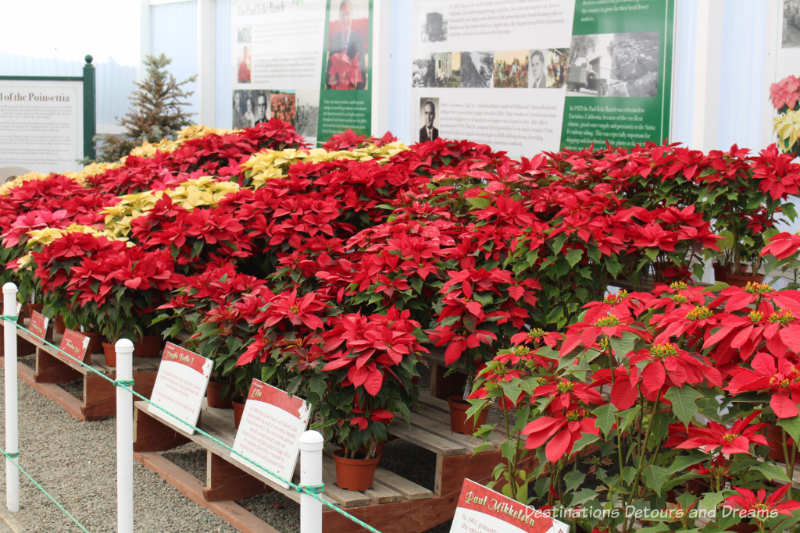 In the 1960s, the Ecke family stopped growing poinsettias on the land and move all propogation into greenhouses. In 1965, Edwin Frazee moved his ranunculus along with his gladiolus growing operation to the site.

There is more than ranunculus at the Flower Fields. The area just inside the entrance is home to cultivated garden space containing delphiniums, geraniums, poppies, petunias, and more. 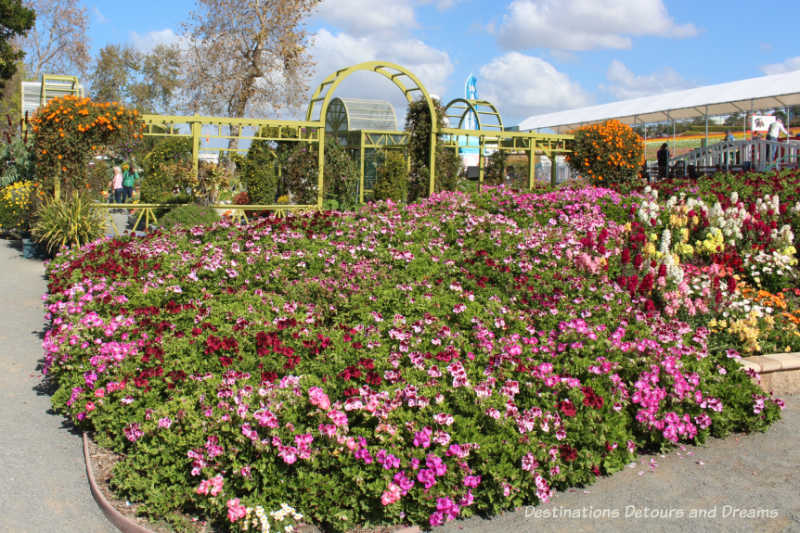 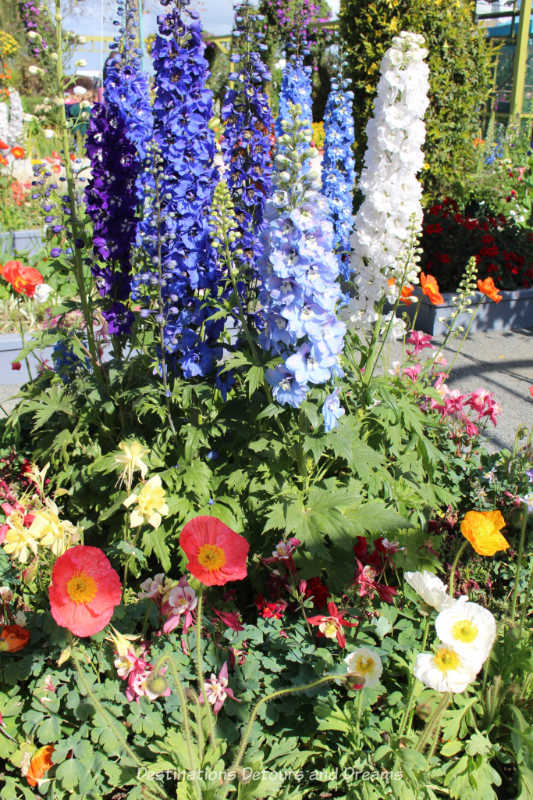 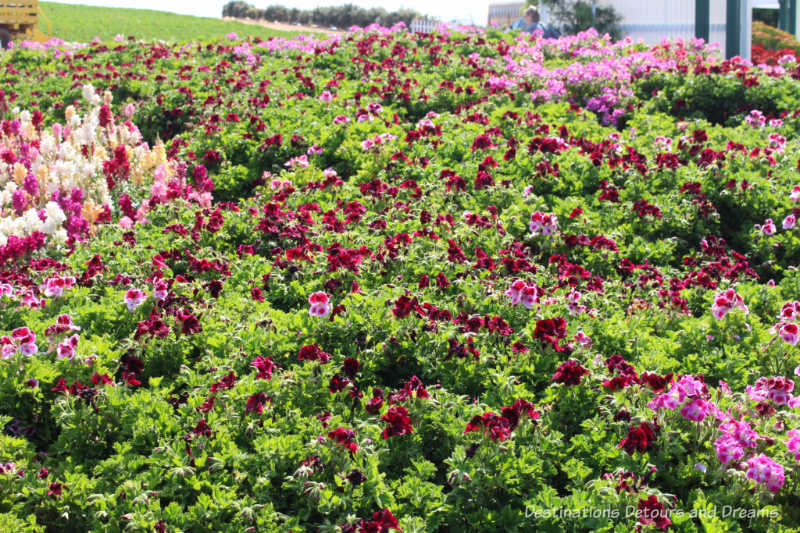 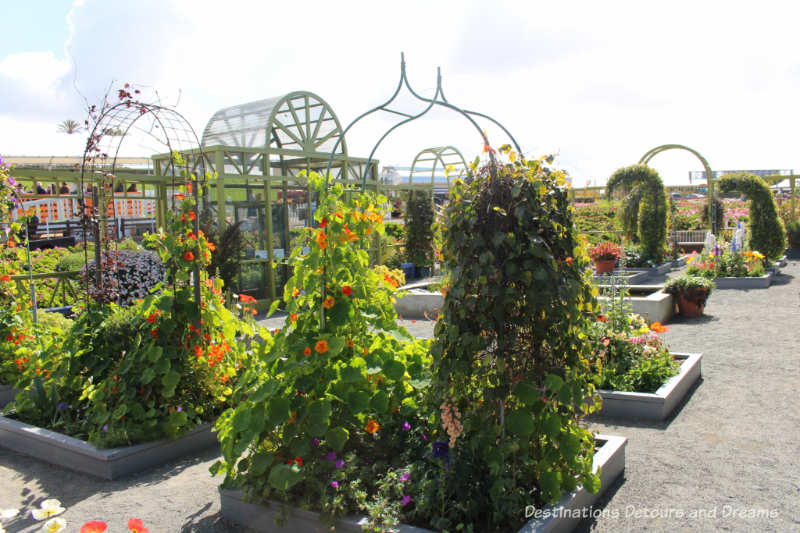 In 2002, artist Patricia Patterson created the Artists Garden “inspired by the cloistered gardens of the medieval era known as pleasure gardens” 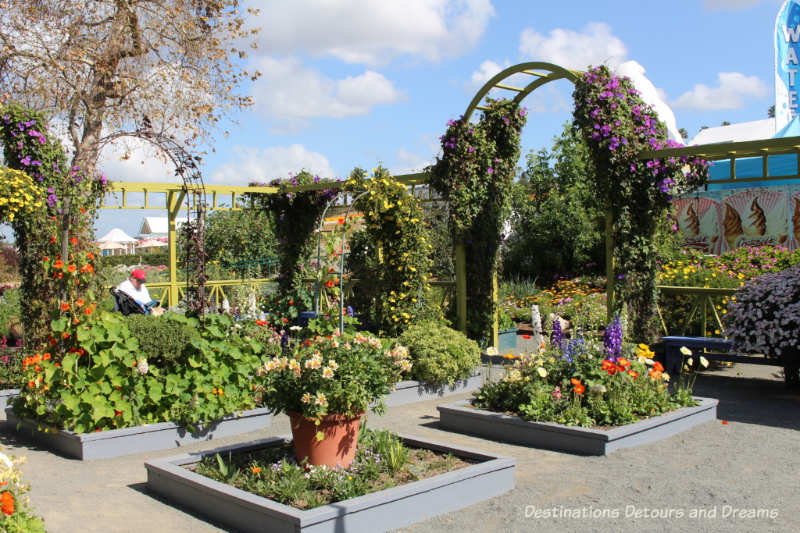 Another view of the Artists Garden 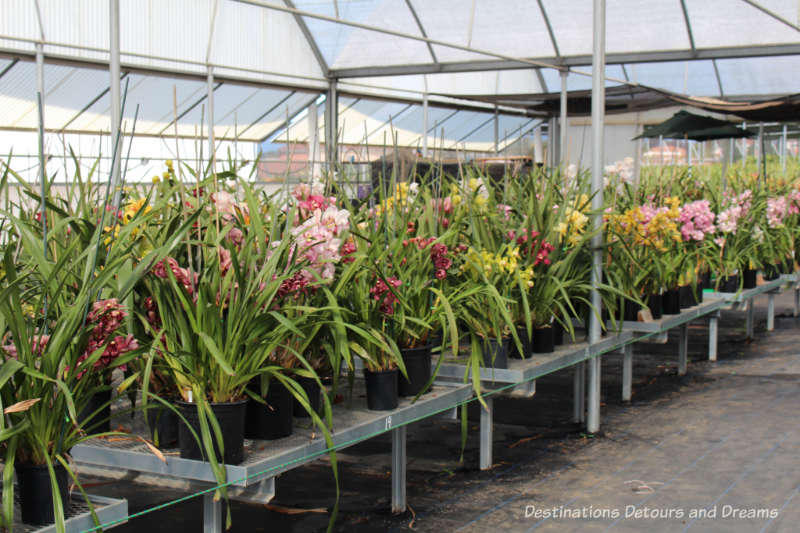 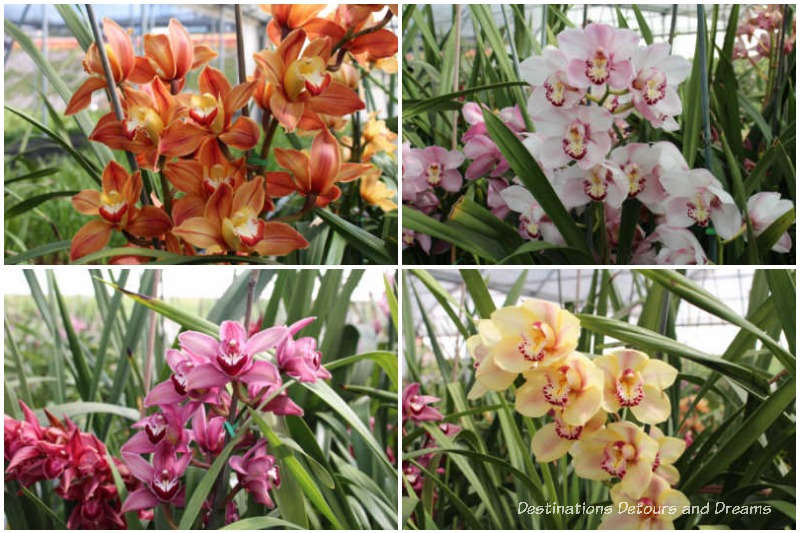 There is a sweet pea maze, a rose garden, and a small section where Master Gardeners of San Diego have created some displays. But the highlight of The Flower Fields remains the fields of ranunculus, providing dazzling displays of colour as far as you can see. 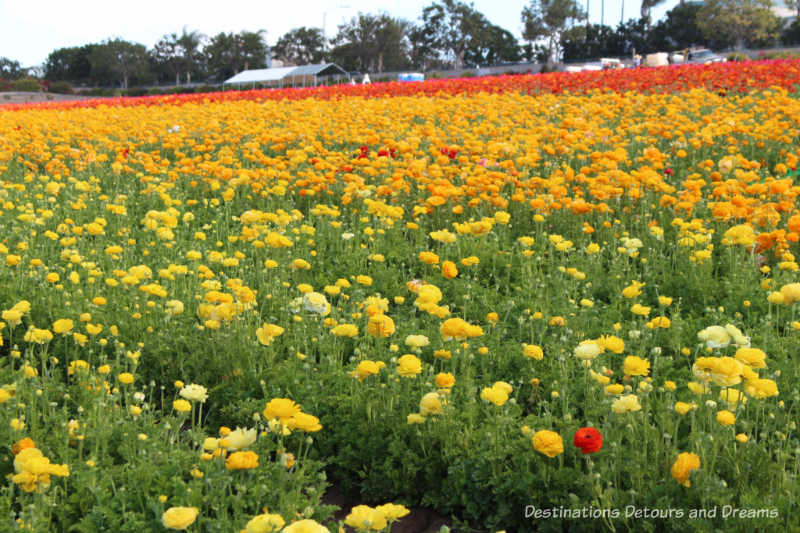 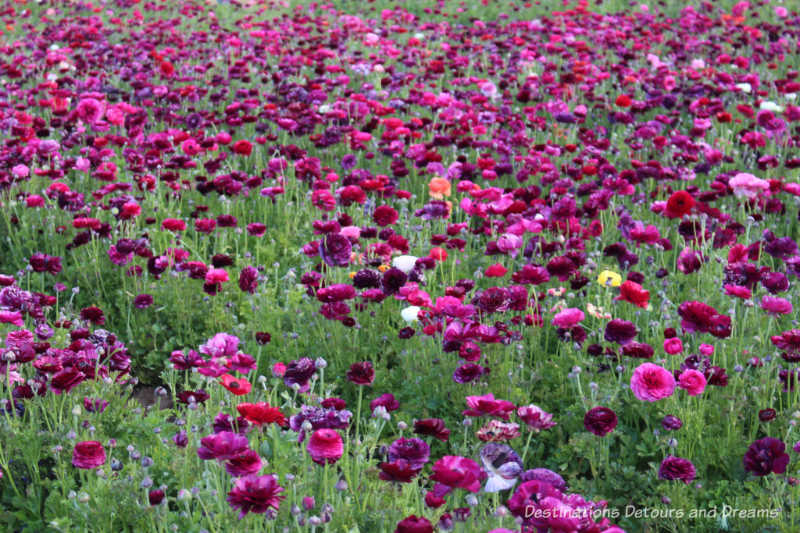 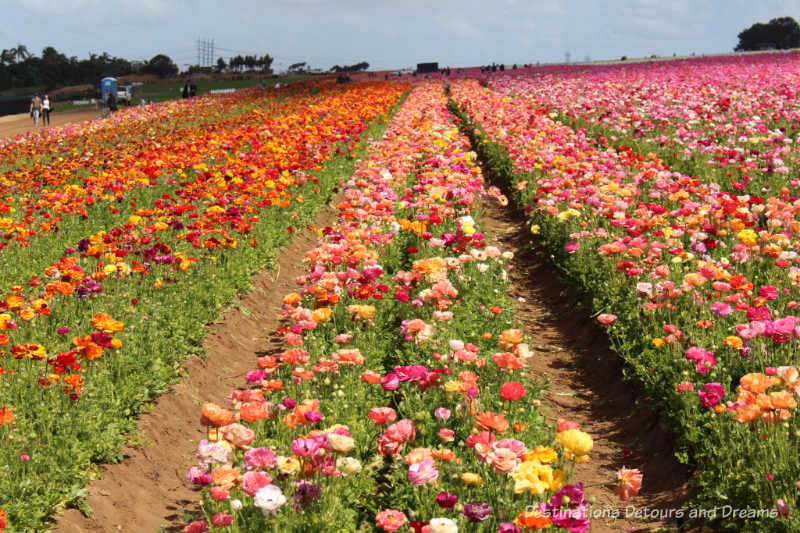 Planting begins in fall. The seeds are so lightweight silica sand is mixed with then when they are sown. A tractor then covers them with mulch and compost. The seeds take about four to five weeks to germinate and six months to bloom. After the flowers fade and plants die back, the bulbs are harvested by machine, air dried, sorted by size, and packaged for sale. The Tecolote Giant ranunculus bulbs are distributed by California Flowerbulb Company. 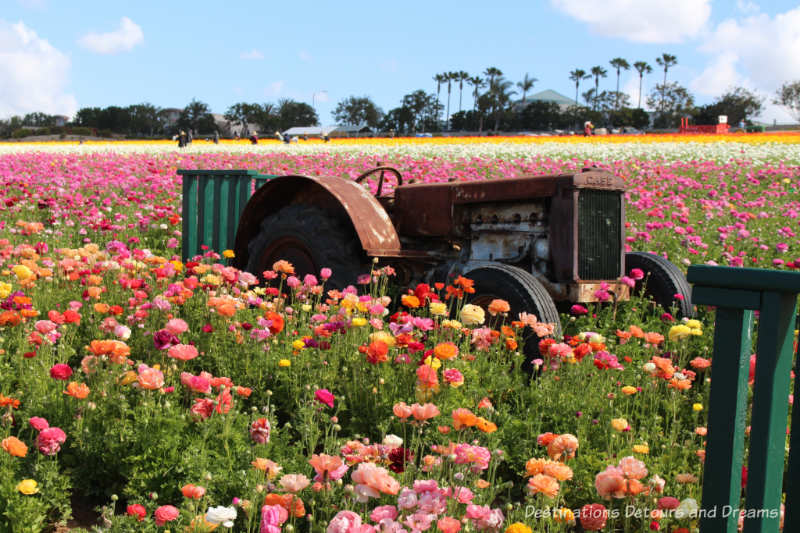 There are a few benches set into the fields to give you the opportunity to sit and take your photo against the background of colourful blooms. A couple of old tractors in the fields also provide photo opportunities. 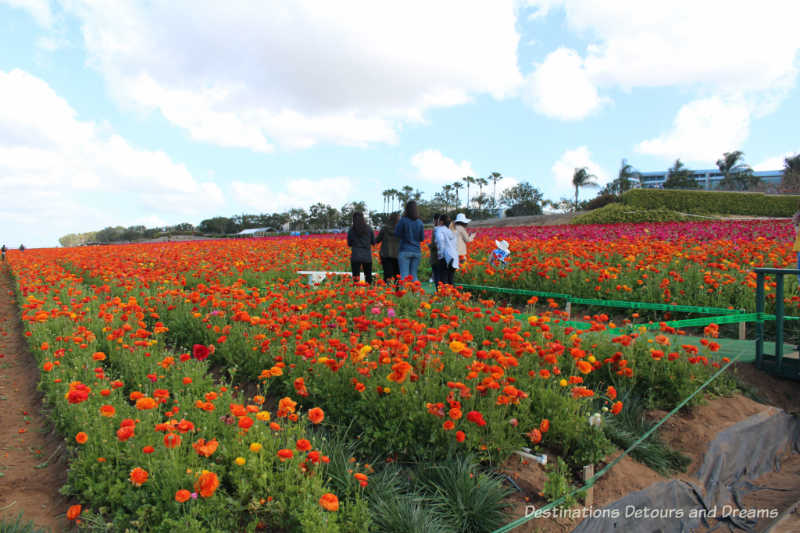 Workers cutting ranuniculus buds for sale in the store 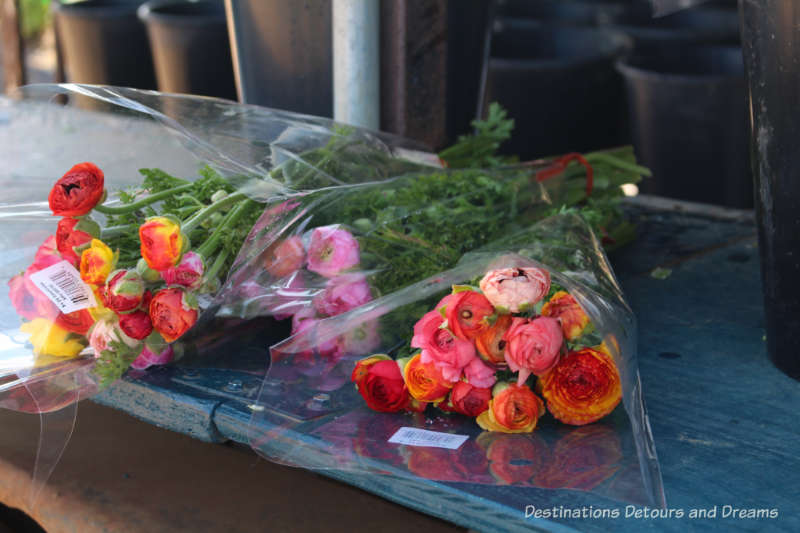 Bouquets of ranunculus ready for sale 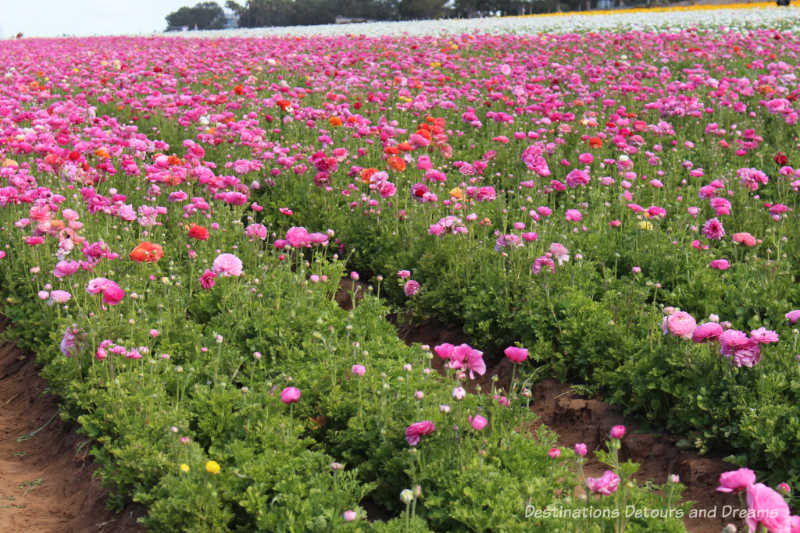 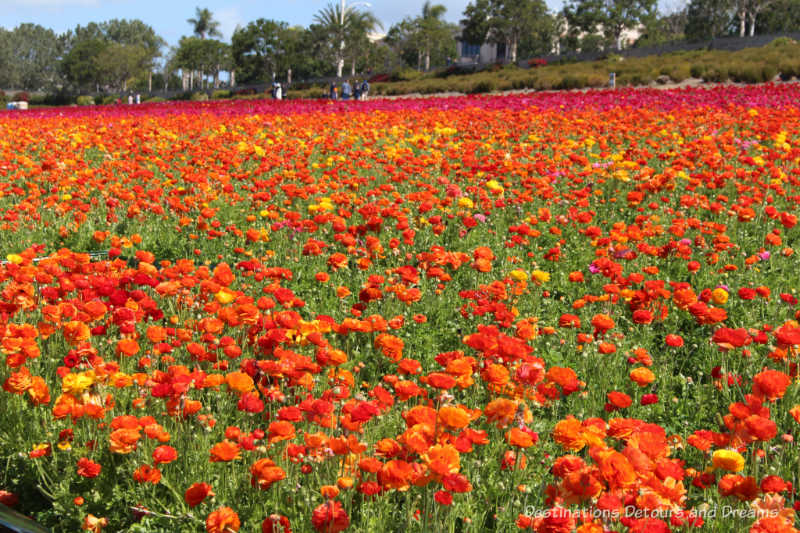 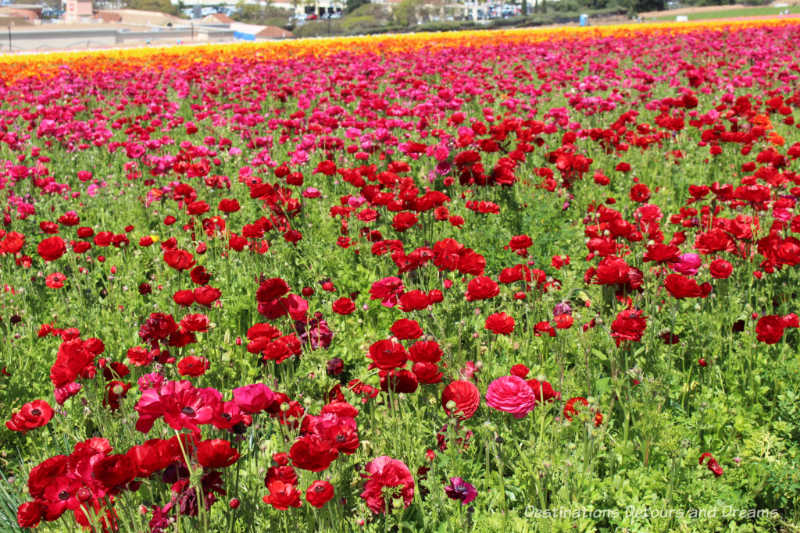 The Flower Fields at Carlsbad Ranch are open daily (9 am to 6 pm) from early March to early May. There are walking paths around the fields. Wagon rides are available at a small extra charge. 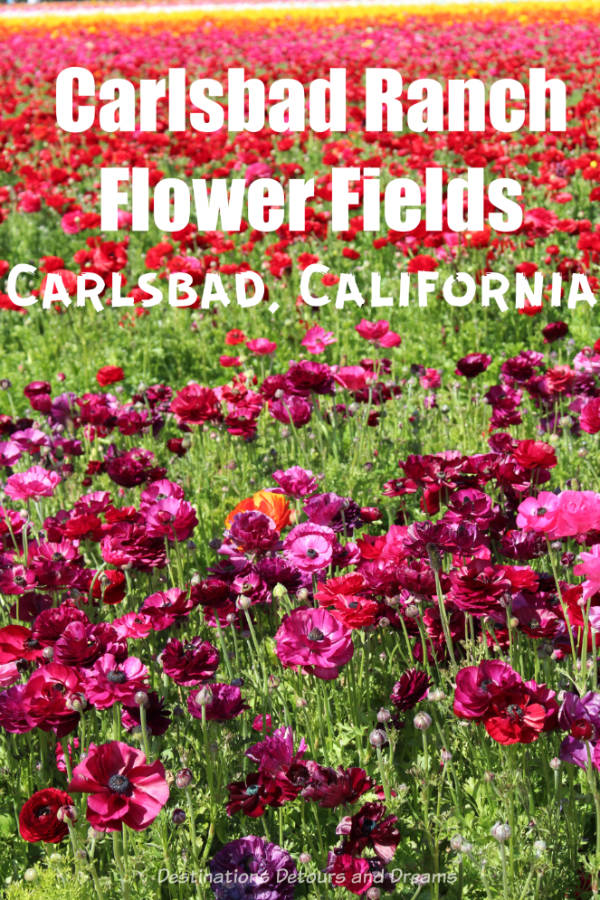 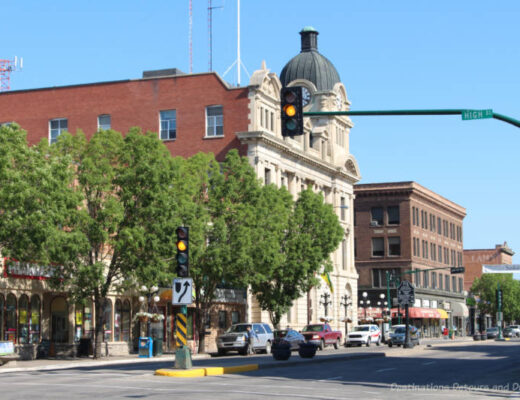