Located in Richmond, London, England, there is a lot to see at Royal Botanic Gardens, Kew

There is a lot to see in the 326 acres of Royal Botanical Gardens, Kew in Richmond, London. Over 30,000 different kinds of plants, grassy areas, 14,000 trees, plant houses recreating different environments from rainforest to desert, ornamental buildings, art, different styles of gardens, and colourful plantings along walkways. You’ll find stunning landscapes, peaceful oases, common plants, and rare and endangered species. With over 350 scientists, Kew is a world leader in plant and fungal science, conservation and plant solutions to global environmental challenges. In 2003 it was designated a UNESCO World Heritage Site recognizing the unique combination of plants, architecture, art, and landscape, and the 250 years of science and ideas.

I first visited Kew Gardens in the 1980s and was impressed. It was over thirty years before I visited again in 2019. I was again impressed. Although I have not seen all of this extensive garden, I have seen enough to provide an introduction and overview to it. I hope to wait less than another thirty years to explore more of it.

The gardens date to the early 18th century when they were two adjacent royal estates. Queen Caroline, wife of King George II, engaged Charles Bridgman to redesign the gardens at Richmond in the mid 1720s. She pioneered the English Landscape Garden style. Her daughter-in-law, Princess Augusta, mother of the future King George III, created a Chinoiserie-style garden at Kew. In 1759 Princess Augusta founded a nine-acre botanic garden within the pleasure grounds at Kew. In 1802 King George III united the Kew and Richmond estates. Over the years changes have seen the addition of plant houses and conservatories, the introduction of new plants, and the creation of other attractions. The Kew Guide Book says that vistas and glades of the changing landscape represent ideas about nature and science at they have developed over 250 years.

Wooded areas containing native and other varieties of trees surround Kew’s glasshouses and garden areas. There are over 2,000 species of trees, including heritage trees, giant redwoods, mighty oaks, conifers, and magnolias. A traditional Japanese farmhouse is nestled in a bamboo garden. Trees are also found on four islands in Lake Sackler, which covers five acres in Kew. It was created in 1856 when the area was excavated to provide gravel for the terraces of the original Temperate House. In 2006, Sackler Crossing, a bridge across the lake, opened.

The Natural Area, in the northwest corner where Kew borders the Thames River, contains a wilder landscape. The Natural Area was donated to Kew by Queen Victoria on the condition the area remains in a wilder, untamed state.

A collection of pathways and walks meander through the various areas of Kew.

The Treetop Walkway, opened in 2008 , allows you to get closer to Kew’s trees. You can read about that in my post Walking Among The Treetops At Kew Gardens.

A variety of garden styles and habitat gardens can be found throughout Kew. There is a rock garden, a rose garden, a woodland garden, and a dell of rhododendrons. The Grass Garden contains over 550 species of grass. Edible plants grow in the Kitchen Garden. The Queen’s Garden is dedicated to the plants and architectural styles of the 17th century. The horticultural displays in the Agius Evolution Garden tell the stories of plant evolution.

The Japanese Landscape at Kew is a stroll-around garden created in the style of a garden in the Momoyama period (late sixteenth century).

The central point of the Japanese Landscape is the Chokushi-Mon (Gateway of the Imperial Messenger), a near replica (four-fifths the actual size) of the Karmon of the Gate of Nishi Hongan-ji (Western Temple of the Original Vow) in Kyoto. The replica was created for the Japan-British Exhibition held in London in 1910. It is made of Japanese cypress with a traditional copper roof.

Planted in 2007, the Mediterranean Garden echoes the wild hillsides of southern Spain and the Greek Islands.

King William’s Temple is a focal point in the Mediterranean Garden. It was built in 1837 for Queen Victoria in memory of William IV. The Chihuly Reflections on Nature exhibit was showing when the above photo was taken. Pieces of Chihuly’s glass art intermingle with the shrubs in front of the temple. Note that there are a couple of other temples in other parts of the Gardens.

The Palm House, completed in 1848, is an indoor rainforest. Many plants in this collection are endangered in the wild, some even extinct. The Palm House contains many cyads, plants that were widespread over 250 million years ago.

The Temperate House, originally opened in 1863, is the world’s longest surviving Victorian glass structure. It reopened in 2018 after a five-year long extensive renovation. It is home to 1,500 species of plants from Africa, Australia, New Zealand, the Americas, Asian, and the Pacific Islands. All species inside the Temperate House need temperatures about 10°C to survive.

Other glass houses include the small, square Waterlily House, which is the hottest and most humid environment at Kew. In summer, the pond is home to giant waterlilies, lotus, and other exotic plants.

And there are still more glasshouses. The Princess of Wales Conservatory was opened in 1987 by Diana, Princess of Wales. It is named after her predecessor, Princess Augusta, the founder of the botanic gardens at Kew. It contains a series of computer-controlled climate zones. One of those zones is dedicated to carnivorous plants such as the Venus flytrap. Two other zones are dedicated to tropical orchids. Kew has one of the best collections of tropical orchids in the world. The Davies Alpine House is the most recent glasshouse and features some of the world’s most resilient plants, those that survive the severe conditions of the Earth’s poles or mountaintops, from the Arctic to the Alps to the Andes.

The Ruined Archway is a “genuine fake.” Although it may look as if it has been decaying for thousands of years, it was built in 1759 to look like a ruin.

The Great Pagoda was completed in 1762 as a gift for Princess Augusta. It was designed by William Chambers. The roofs were adorned with 80 hand-carved and painted dragons. The dragons were removed in 1784, following years of bad weather, and the roofs remained bare for 234 years. It is not known what happened to the dragons. They may have been sold to pay King George IV’s gambling debts or the wood may have rotted. As part of a restoration project with extensive research into what the original dragons looked like, 80 dragons were returned to the pagoda in 2018. The eight dragons on the lowest story are made of African cedar. The remaining 72 were 3D-printed on nylon.

You can climb a circular staircase inside the pagoda at an additional charge. It is apparently a challenging climb of 253 steps. Although the view from the top is said to be spectacular, I chose not to make the trek. You can enter the main floor of the pagoda at no charge. The walls contain information about King William III, William Chambers, and the Great Pagoda. There are also two enclosed automata containing intricate scenes. Figures or pieces of the scenes move when you can rotate dials on the outside of the case.

There are a number of statures and art pieces throughout the garden.

Marianne North was a 19th century woman who travelled the world painting plants in their natural settings. The Marianne North Gallery opened in 1882 and houses over 800 pieces of her botanical art. The paintings are vivid and detailed. Even without her artwork inside it, the architecture and design of the building make it worth a peek inside. (Unfortunately pictures were not allowed.)

The Shirley Sherwood Gallery of Botanical Art hosts changing exhibitions. Chihuly glass pieces were on display when I visited in May 2019.

Located at the northwestern end of the Gardens near the Elizabeth Gate, Kew Palace is the oldest building in the Gardens. Constructed in 1631 for a wealthy Dutch merchant, It served as the summer home of King George III in the 18th century.

Queen Charlotte’s Cottage, part of which is over 300 years old, sits at the opposite end of the Gardens in bluebell woods. Both residences are in the trust of Historic Royal Places and open to the public at selected times during the day.

Kew Gardens is huge! There are four entrance gates at different parts of the garden. I think you need a minimum of three hours to cover just a part of it from end to end. I’m not sure you could see everything in a full day. Plan for a full day if you want to see as much as possible. Prioritize what you want to see if you have a lesser amount of time. This map of the Gardens may help.

There are a number of cafés and restaurants or you can opt to bring your own picnic lunch. There is a small gift shop in the Shirley Sherwood Gallery and a children’s shop at the White Peaks eatery. Victoria Plaza is their largest gift shop and has a wonderful collection of items.

The Tube (subway system) and the London Overground run to Kew Station. The station is 500 metres from Victoria Gate. There is limited paid parking available in the Kew Gardens car park. There is also limited free parking on Kew Road (after 10 am, although you may need to arrive right at 10 to nab a spot). There is also parking on the residential streets around Kew, however restrictions apply on most streets with certain hours requiring a resident permit. When we visited, the streets had restricted parking from 9 am to 11 am. There are a couple of bus routes that stop near Kew Gardens. The Kew Gardens website contains information about the various ways to get to Kew.

With so much to see, Kew Gardens is certainly worth a visit (or several visits) whether you see as much as you possibly can or just a few of its attractions. 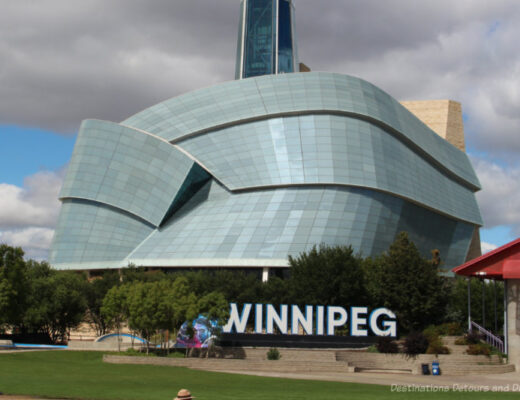