On The Road Again: Same But Different

In September 2022, my husband and I took a road trip. It was the first time in two and half years we’d driven further than an hour or an hour and a half from home. A lovely familiar feeling enveloped us as we hit the highway, but the trip wasn’t quite the same as previous trips. Things had changed in those two-plus years.

On our last road trip in late January/early February 2020, we drove our daughter’s car from Vancouver, British Columbia to Sarnia, Ontario as part of her move. Although the trip was purely utilitarian, we did see some spectacular winter scenery. Other road trips we’ve done over the years include drives with the sole purpose of getting from point A to point B, sightseeing, scenic drives, and combinations of all of those. On all those trips, Rick did most, sometimes all, of the driving. He liked driving. I was the navigator.

On our September 2022 trip, I did all the driving. Over the past two and a half years, a degenerative neurological disease has robbed Rick of feeling and strength in his legs and, to a lesser degree, in his hands and lower arms. He now relies on a walker to get around. In February 2022 he gave up his driving license. At that point he hadn’t driven in months. His reduced mobility and reaction time created safety concerns. Thankfully, he is now comfortable in the passenger seat and with my driving.

Our destination on this road trip was Moose Jaw, Saskatchewan, Canada. Other than having exchanged seats, setting out felt much the same as any other road trip. There was a sense of anticipation, excitement, and contentment. We did not find out how well Rick might handle what had been my navigator role. The route from our home in Winnipeg, Manitoba to Moose Jaw may be one of the most straightforward drives in the world (as long as you aren’t doing it in winter). The Trans-Canada Highway between the two cities is mostly straight and flat. Each side of the divided highway has two lanes. It is a route we have driven several times in the past on our way to or from points further west of Moose Jaw.

I did not bother to make egg salad sandwiches this trip. Egg salad sandwiches became a road trip staple on our first drive from Winnipeg to Mesa, Arizona in the United States, where we spent a few winters. We wanted to cover as much distance as possible in the first day of that three-and-a-half-day drive so we packed food to eat in the car rather than take time to stop for lunch. There are rules against bringing fruit and meat into the United States. (There are also restrictions on dog food, but that isn’t relevant here.) The one question you can be guaranteed to be asked at the U.S. Customs and Border Protection when driving into the States is whether you have any fruit or meat in the vehicle. So, we opted for egg salad sandwiches. Before we left for Moose Jaw, Rick wondered whether it would feel like a road trip without egg salad sandwiches.

According to Google Maps, the drive from our house to Moose Jaw takes somewhere between 6 and 6 ½ hours. That is driving time without stops. Although we hadn’t packed sandwiches, we did eat in the car and used up very little extra time on lunch. Along the way we stopped to pick something up at Tim Hortons, a coffee, bake shop, and fast food restaurant chain. The length of driving time also required a couple of toilet breaks and a refueling stop. All pretty standard on road trips in the past. Rick’s mobility issues and use of the walker created new requirements for the toilet breaks: accessible entry, room to maneuver the walker, and supports and/or high enough toilet seats to be able push back up onto his feet.

The Trans-Canada Highway (Highway 1) does not have the public rest areas you find along many of the U.S. interstates. Gas stations/convenience stores act as rest stops. Before we left, concerned about how easy or hard it might be to find suitable rest stops, I spent time online identifying possible stops for the trip to Moose Jaw. Those stops worked out well. As we drove, I noted other possibilities for stopping on the return trip. There appeared to be a number of good options.

Note that the photos of the road in this post were taken on a trip a few years back when I was still in the passenger seat. I usually had my camera handy and snapped pictures from time to time. Being in the driver’s seat changed that aspect of the trip for me.

There were also changes in preparing for the trip and how we spent our time at the destination.

Rick had always been the one to load up the car. Now that job fell to me. When we drove to Arizona for winters, Rick had been adept at maximizing space in the vehicle to fit in everything we took with us. I am not that adept, but, fortunately, a trip of only a few days doesn’t require a lot of luggage.

Once checked into our room at Temple Gardens Hotel & Spa (more about that in another post), we settled into a deeper state of relaxation. We were now fully in vacation mode. But, here again, there were subtle differences. We assessed a restaurant’s accessibility before choosing it. The places we chose to eat were all within a block or two of the hotel. In the past, we would have walked to them. That would have put too much extra strain on Rick with his walker. We drove so I could drop him off right in front.

We did some exploring in the car. I visited a couple of other places on my own while Rick stayed back to read or rest. It was not unusual for me to visit an attraction on my own, because Rick sometimes chose to stay behind even when he was able. It is possible, however, that he may have accompanied me at least once if he’d had better mobility.

It felt good to have a break from the responsibilities of home. I particularly enjoyed not cooking for several days. Yet, some caregiver responsibilities travelled with me. Although Rick can manage (slowly) to dress and undress on his own, it is safer and faster if I assist a little. What he cannot manage on his own is getting his compression stockings on and off.  At home, home care services help him. On the road, I help.

Although Rick’s health changed a few things about our travel experience, there were many familiar aspects. The changes did not diminish the joy of travel.

There is a feeling of freedom and possibility when starting off on a road trip. There is no need to meet someone else’s schedule, no rush to get to an airport gate on time, no worrying about missing a connection. One can stop anywhere one chooses, take a scenic detour on the spur of the moment, or decide to change course for another reason. The possibilities seem even more endless when driving on the wide, open prairie. The exhilaration may wear a little thin after six hours of driving, but it doesn’t completely disappear.

Although the route was a familiar one, we learned a few new things along the way. For part of the trip, we listened to a Tripvia audio tour on my phone covering highlights along the Trans-Canada Highway between Moose Jaw and Manitoba. We missed hearing about the easternmost points of interest because I hadn’t set up location services properly. After I stopped and adjusted settings, the audio kicked in automatically as we approached future points of interest. Here are a few snippets of what we heard:

The town of Balgonie was the home of William Wallace Gibson, the Birdman of Balgonie. He was the first Canadian to build and fly his own plane in Canada. He built his plane in secret on his farm outside Balgonie. That may have been to avoid ridicule, but the audio tour guide suggested that the fact he owed money to many of his neighbours may also have been a factor. They may not have been too happy to see him spend money constructing an aircraft. Gibson later moved to Victoria, British Columbia, where he succeeded in a short flight in 1910.

Even with my small caregiver responsibilities, the trip achieved its primary purpose of relaxation. We both loved the hotel’s mineral pool. I had spa time. We enjoyed our dinners out, chats with people we met, and quiet time in the room reading.

We could easily have allowed Rick’s mobility issues to keep us at home, especially if we’d envisaged travelling as we had in the past. We might have decided the adaptations were too much trouble to make it worthwhile. (In the past I’ve sometimes wondered if trips were worth the effort when I was in the midst of packing and preparation. They always were!) Two years of staying in because of the pandemic have made venturing out more difficult and more anxiety-triggering. The changes in our circumstances alter travel somewhat and necessitate a bit more planning (good thing I am a planner by nature), but they don’t diminish the joy of travel. Some types of travel may indeed be no longer possible and trips may be less frequent than in the past, but this trip opened our eyes to the possible.

It was a good trip. Even without egg salad sandwiches. 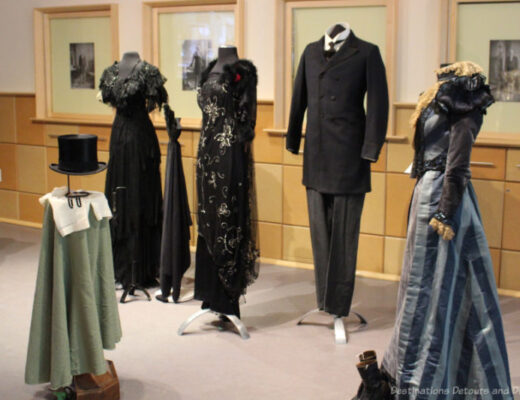 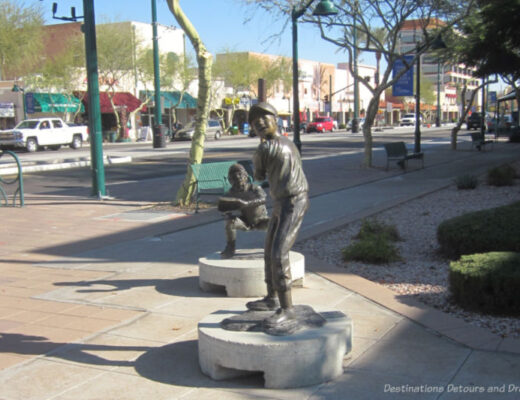 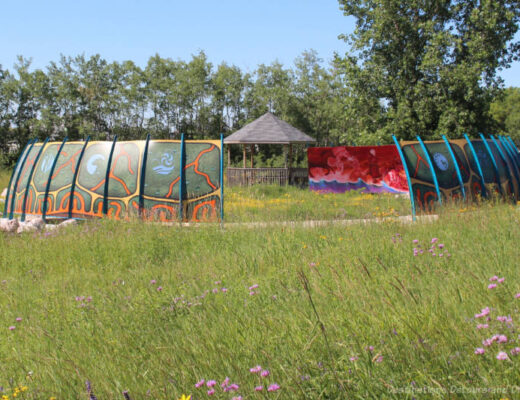 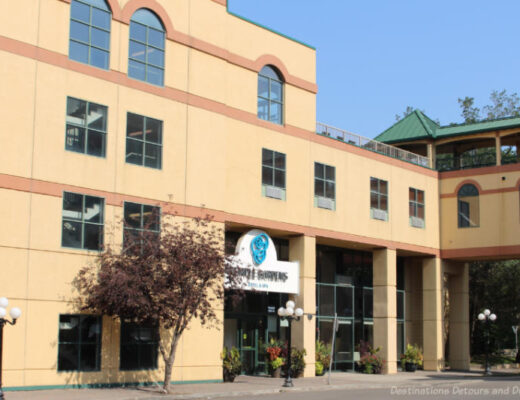