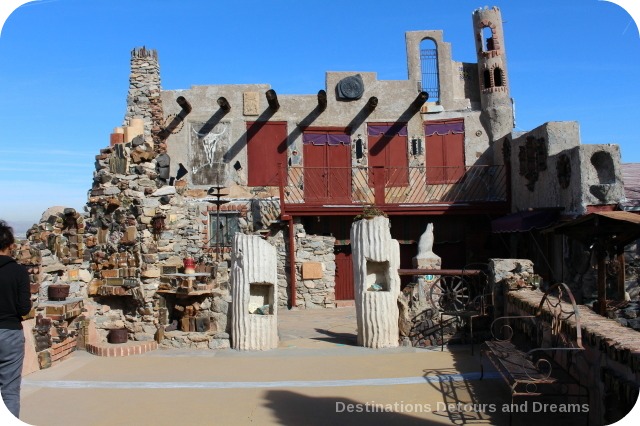 A quirky, innovative house in south Phoenix, a castle promised to a daughter

Boyce Luther Gully and his daughter Mary Lou built sand castles on the beach in Seattle in the 1920s. When sand washed the castles away, Mary Lou asked her father to someday build her a strong castle she could live in. When Gully was diagnosed with tuberculosis in 1929, he left his wife and young daughter and came to Arizona. He acquired land in the south of Phoenix in the foothills of South Mountain and began building that castle. The rambling house was made mostly of recycled materials – salvaged items auto parts, junk, and other artifacts he found.

Gully did not die of tuberculosis as expected and lived for fifteen more years, during which time he continued to work on the house with occasional assistance from itinerant workers. He died of cancer in 1945. Mary Lou inherited the house and she and her mother moved to Arizona. 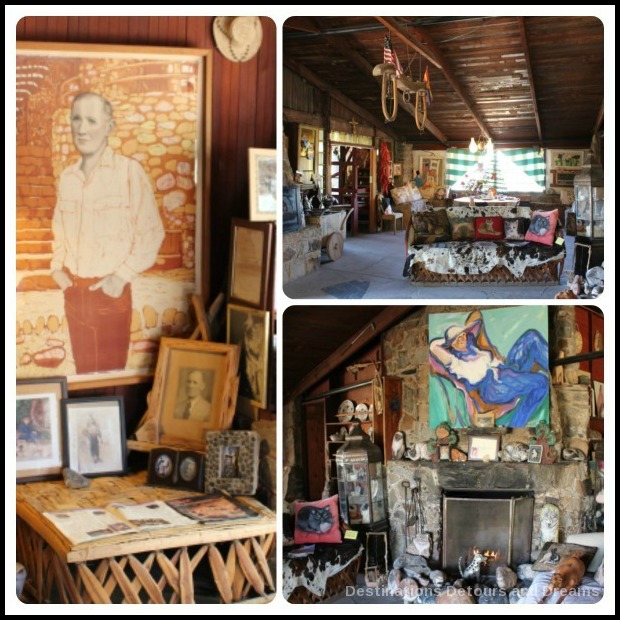 Living room
(portrait of Boyce in library area,
portrait of Mary Lou above fireplace surrounded by rocks with painted-on cats)

Mystery Castle is an 8,000 square foot, 3 story structure with 18 rooms and 13 fireplaces. It is filled with items collected by Boyce and his daughter. There are several patio areas. 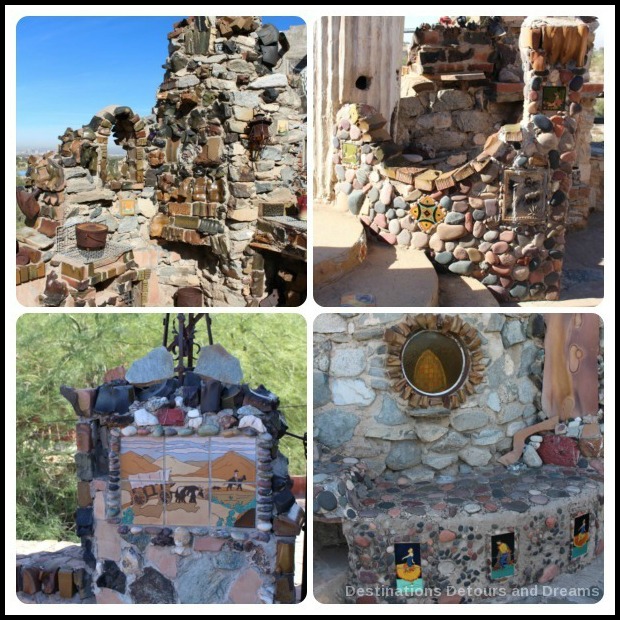 Sampling of tile and stone work on patio areas 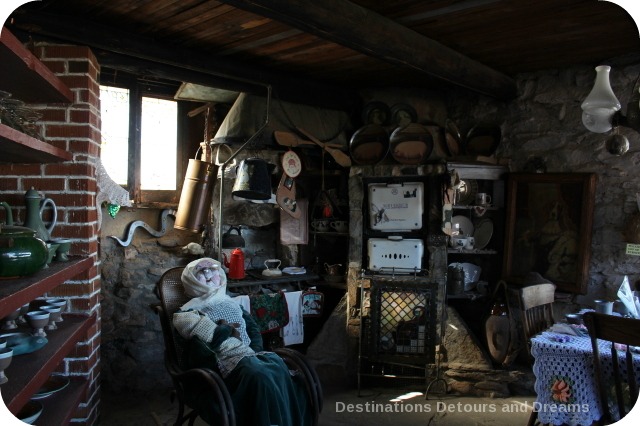 Using salvaged materials did not stop Gully from including a number of innovations in his house. He didn’t like the idea of bending down to use the oven. He took the stove apart to create an eye-level oven. He used an inverted wash basin to create one of the first range hoods. The kitchen had two sinks – one to stand at, one to sit at. There was no running water or electricity in the house when he built it, but he anticipated both being available in the future. The kitchen floor included a drain to easily hose down the stone floor. Pipes were built into the ceilings for future electricity. The castle, however, did not get running water or electricity until the 1990s. By that time the pipes were too old and not up to current code. They could not be used for running electricity. 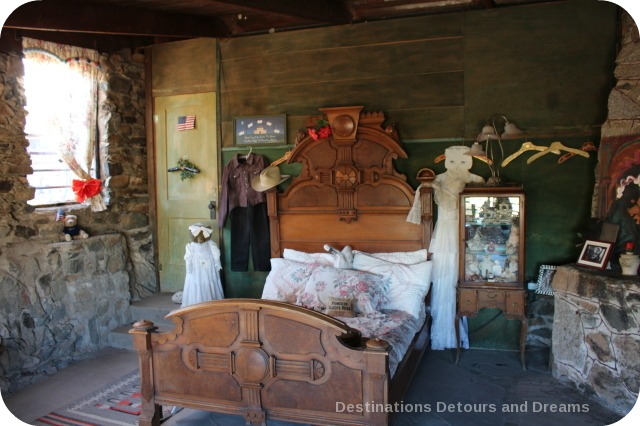 Gully’s bedroom – bed given to him by the Arizona governor,
headboard designed to resemble a steam locomotive 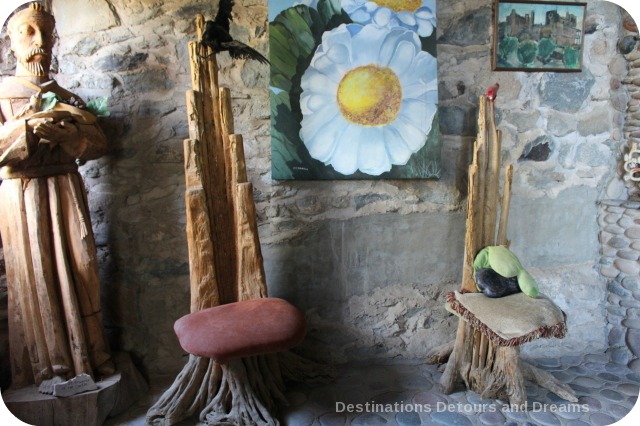 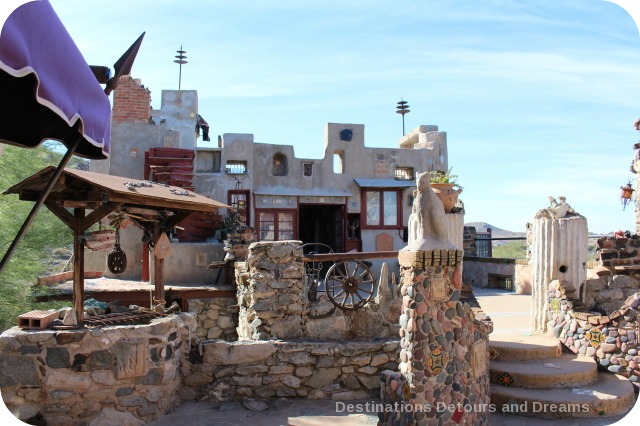 Structure built as play house for Mary Lou,
but Mary Lou was an adult before she saw it.
She used the upstairs bedroom, bottom section housed caretaker. 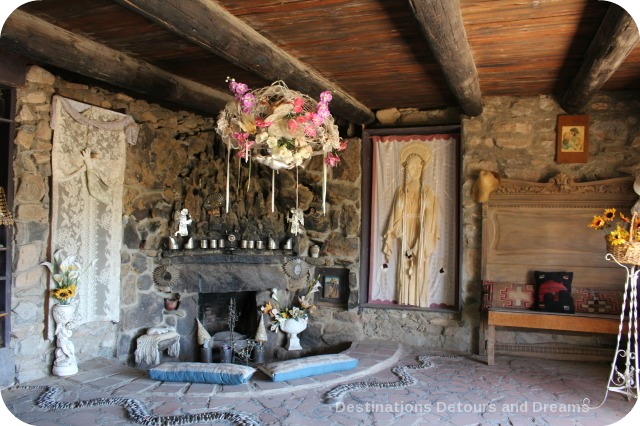 Chapel where Mary Lou and her mother hosted weddings 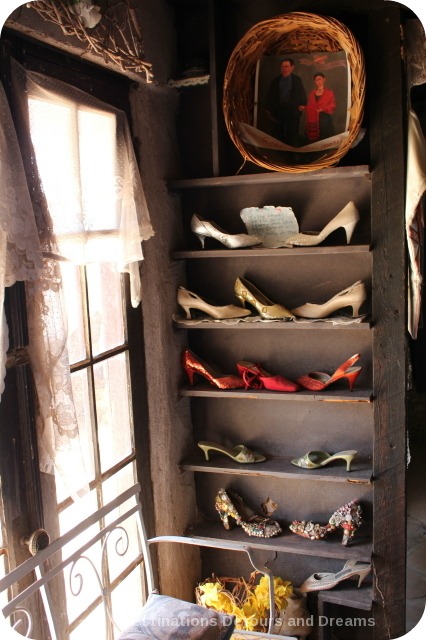 It was said if the bride left a shoe behind,
her husband would be true. Some brides left both shoes. 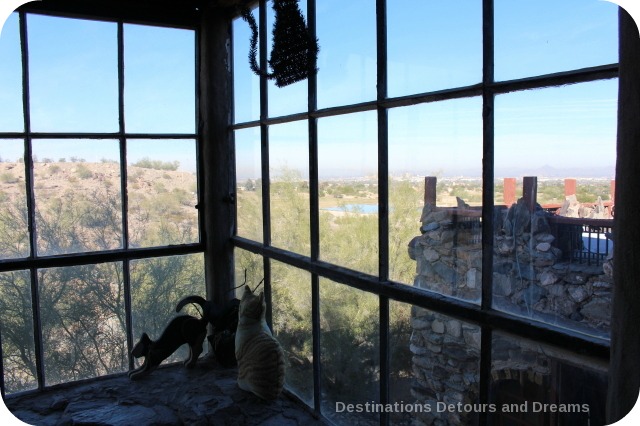 Mystery Castle sits at a slightly higher elevation than Phoenix and offers great views of the Phoenix valley below. Gully built a corner window in the kitchen to take advantage of that view. The patios face toward the valley as well. 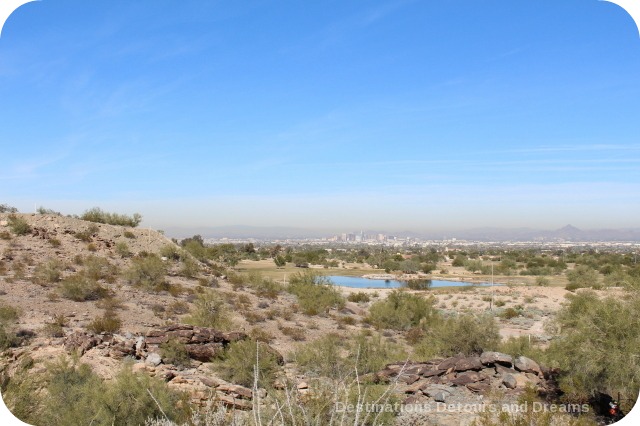 Mystery Castle got its name when Life magazine did a feature on Mary Lou, the house, and her inheritance in 1948. The article was titled Life Visits a Mystery Castle.” After that, visitors would show up on her doorstep at all hours to see the house. In an effort to discourage them, Mary Lou and her mother posted a sign saying there was a charge for tours. They kept coming. Mary Lou quit her job in the city and supported herself by giving tours of her home until her death in 2010.

Although it would have been interesting to have Mary Lou give me the tour herself, my tour guides did a great job. They had history with the castle and with Mary Lou, and lots of stories to tell. The woman who did the upstairs tour had been giving tours for 30 years, working with Mary Lou. The woman who did the lower level tour was younger and had spent much time during her childhood at the castle. Her uncle had been the caretaker. 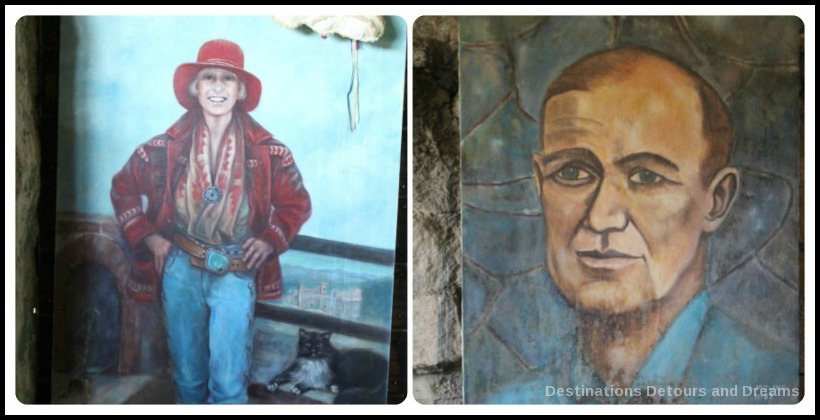 Paintings of Mary Lou and Boyce 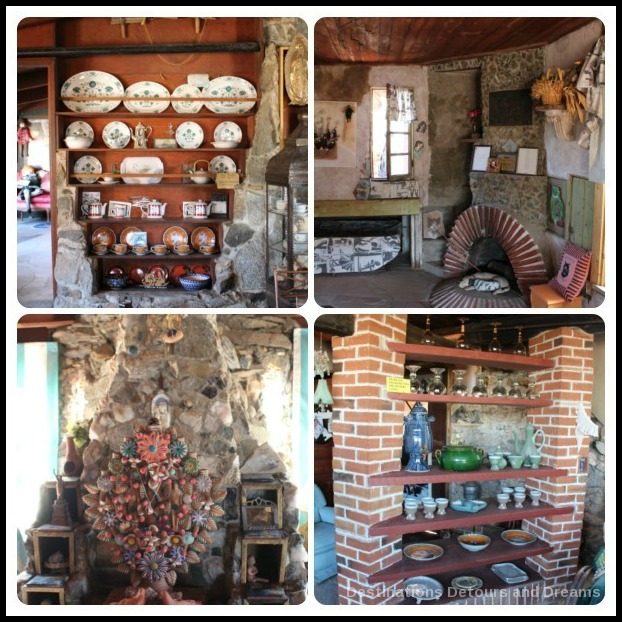 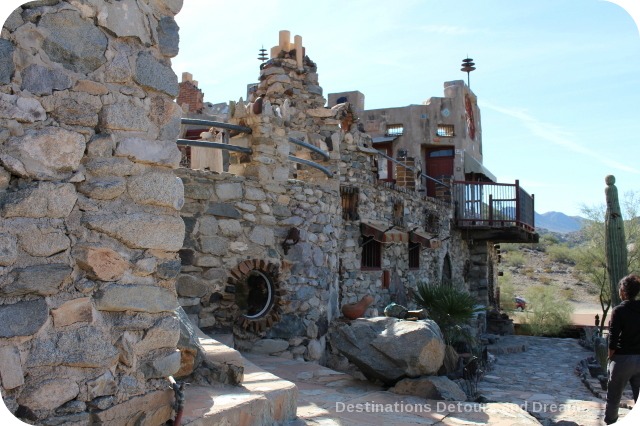 Mystery Castle is open for tours 11am to 4pm Thursdays through Sunday from October to May, except for major holidays. In 2015, the fee was $10 for an adult. Guided tours are continuous and circular. You can join in at any time. When you’ve worked your way back to the starting point, you are free to wander around and explore on your own. Note that it is not wheelchair accessible and walkways are uneven. There are steep steps in places. The only toilet facility is a porta-potty in the parking lot.

Mystery Castle may not be a castle or much of a mystery anymore, but it is full of interesting details and fascinating stories. It makes for a fun visit. 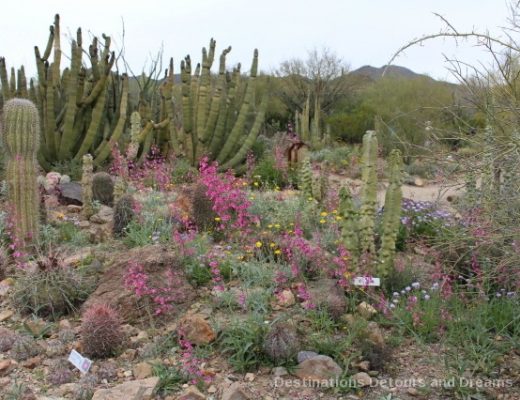