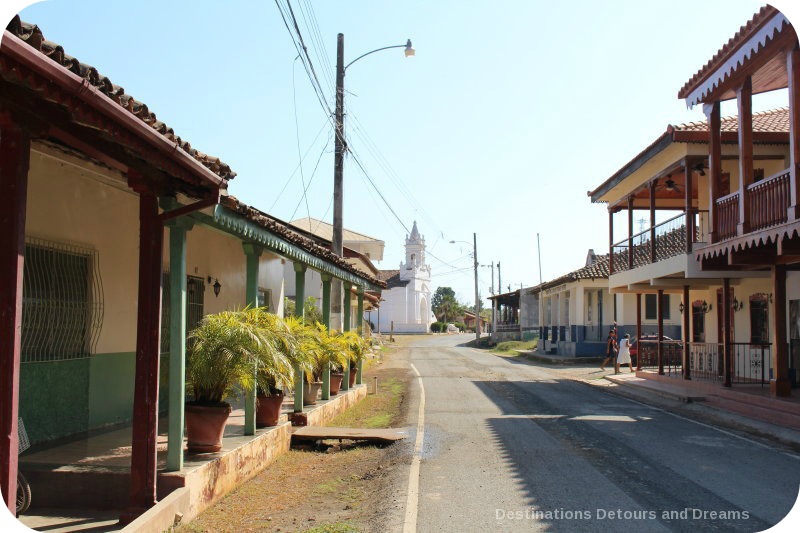 Panama’s Azuero Peninsula sits along its Pacific coastline and is known as the “heartland” of the country. It is a ranching and farming hub, and boasts some of the best beaches in Panama. Its rich history dates back to pre-Columbian indigenous groups. Spanish colonial influence was strong in this area and still survives to some extent today in tradition, festivals and architecture. Here you find town central plazas, eighteenth century cathedrals, red-tiled roofs and decorative ironwork.

Panama was the first Spanish colony on the Pacific coast. In the 1530s it was the staging point for the Spanish conquest of the Inca empire. It was used as a land route to South America and was a shipping point. In 1821, Panama received independence from Spain and was united with Columbia. An American-sponsored revolt in 1903 led to independence from Columbia and a treaty with the United States allowing them to build the Panama Canal and have power and authority over the Canal Zone in perpetuity. In 1977, U.S. President Jimmy Carter signed a treaty with Panama which abolished the Canal Zone and arranged for Panamanian ownership of the canal in the year 2000.

Azuero’s name is derived from the colour blue (azul in Spanish), the colour of the sea and sky. The eastern part of the peninsula is the most developed, with the main road from Panama City running through the towns of Chitré, Las Tablas and Pedasi. 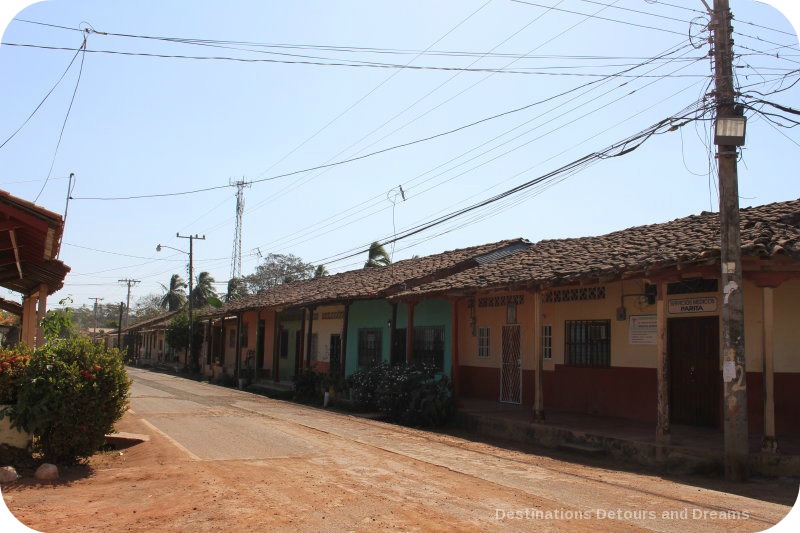 Parita, near Chitré, was founded in 1558 and is the oldest Hispanic settlement on the peninsula. Its origins actually go back to pre-Columbian days. The architecture in this tiny town provides visitors a look into Panama’s Spanish-colonial past, although there is little else in the town to amuse tourists. 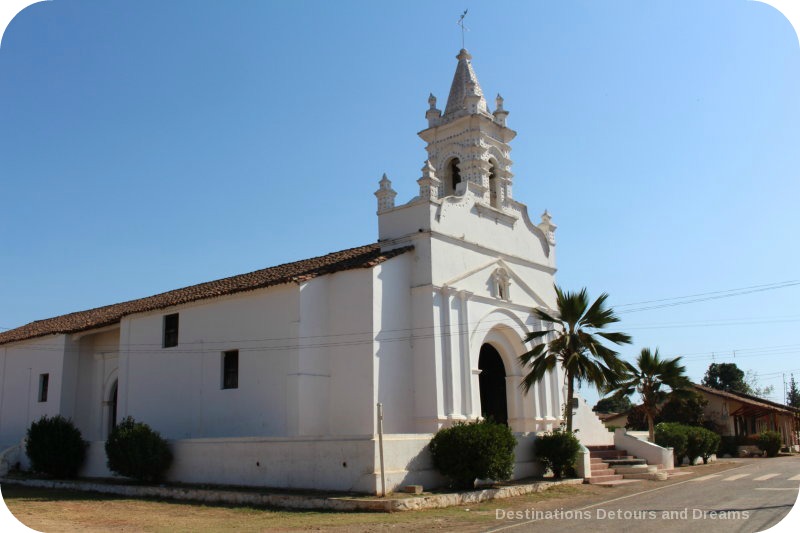 St. Dominic’s of Guzman Church in Parita is a National Historic Monument (1556), distinguished by an ornate tower and beautiful woodwork of its altar and frescoes 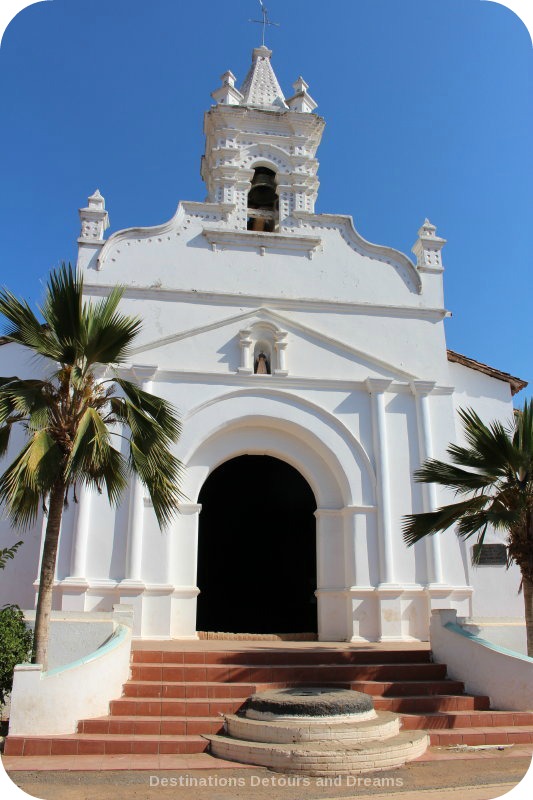 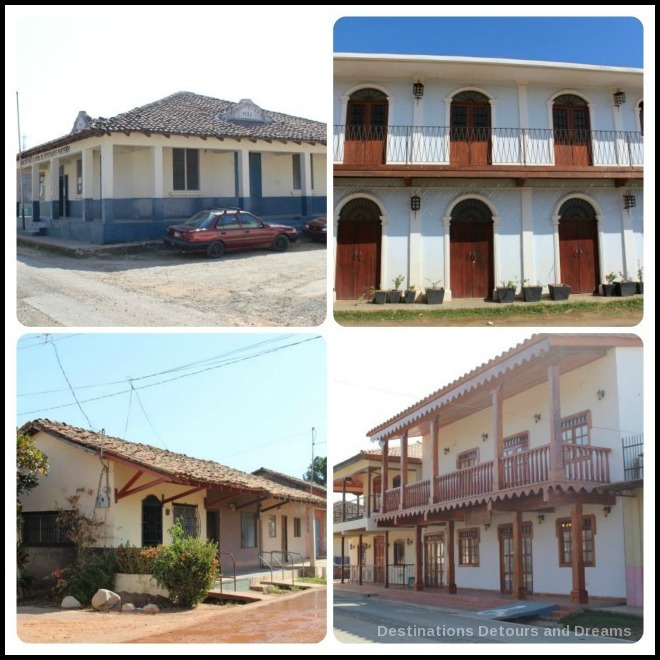 Sampling of buildings in Parita 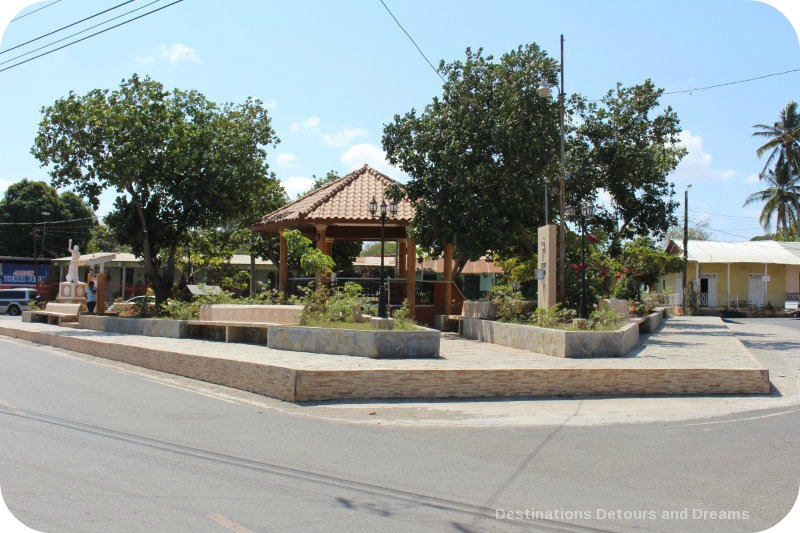 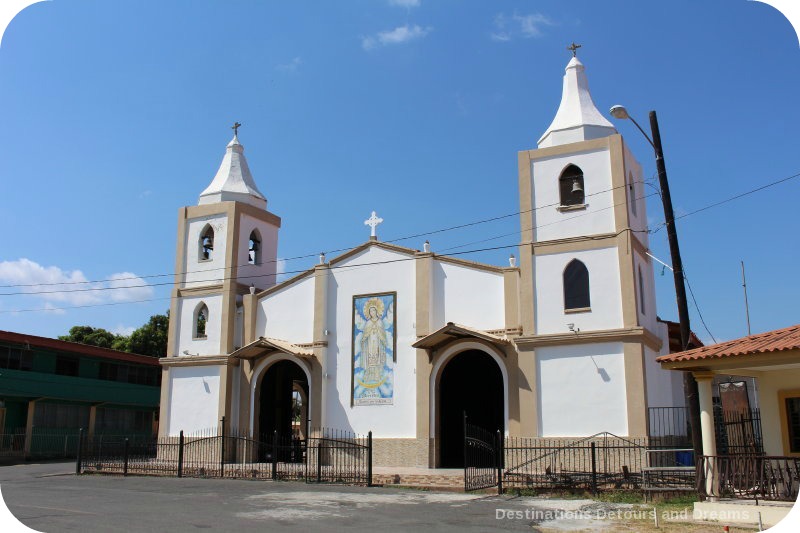 A few kilometres from Parita, La Arena is located on the outskirts of Chitré. La Arena is known for its pottery with designs influenced by pre-Columbian indigenous groups of the area. You can watch potters and other artists at work. La Arena is also known for its bread, el pan la Arena. 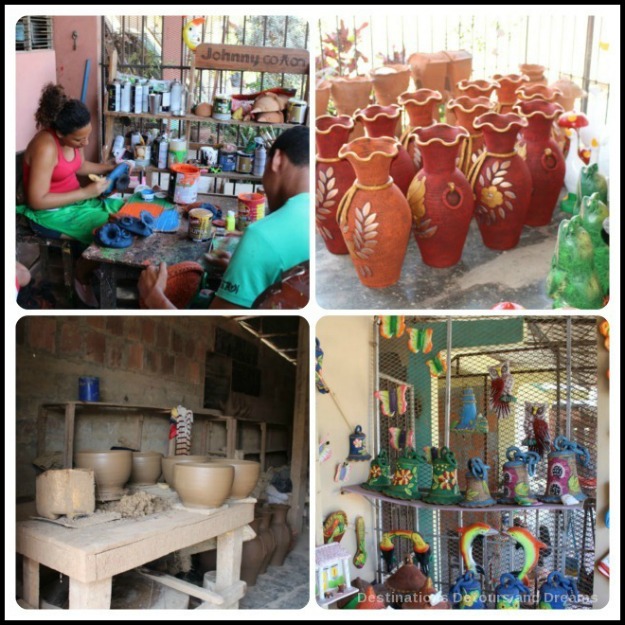 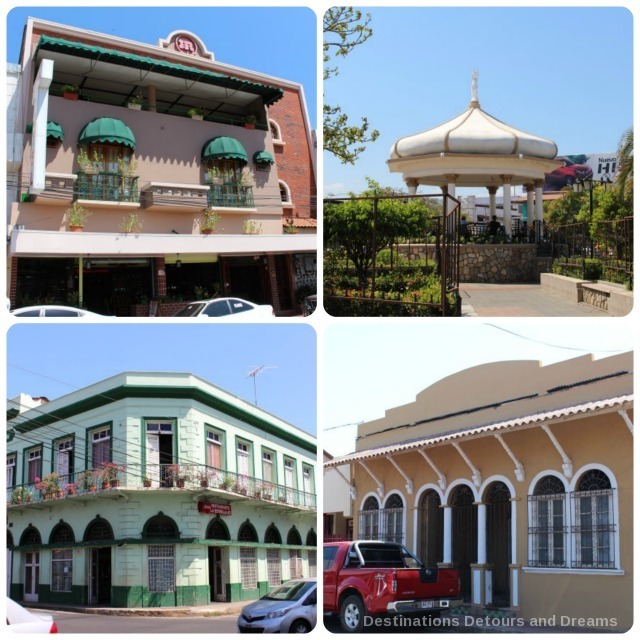 Chitré is the largest city on the peninsula and the cultural and historic capital of the region. It is one of the oldest surviving towns in Panama. It was founded in 1848, although colonial records indicate there may have been a village here as early as 1558. Today, Chitré is a busy commercial centre, but the cathedral and a number of buildings in the heart of the old city hark back to the days of Spanish settlement. 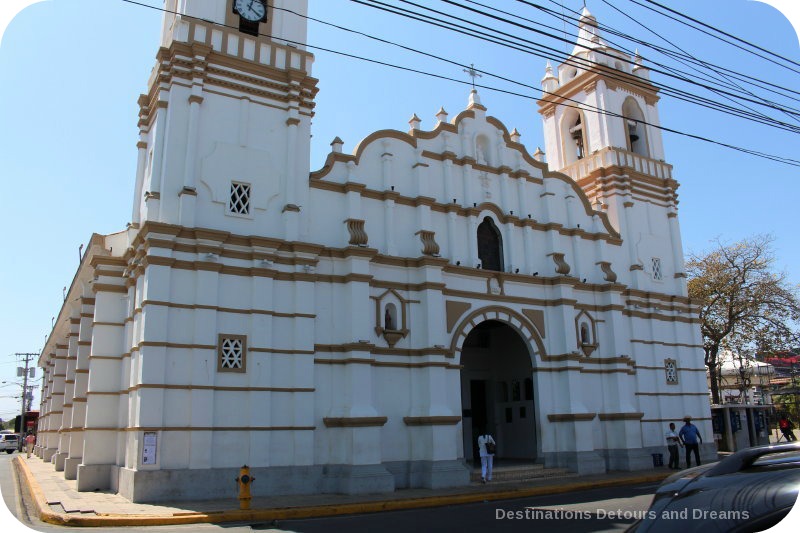 The landmark building in Chitré is the eighteenth century Catedral de San Juan Bautista. It is built in a colonial style with a soaring ceiling of polished mahogany. The cathedral was substantially rebuilt in 1988. The original bell, cast in 1767, was removed for display at the nearby Museo de Herrera. 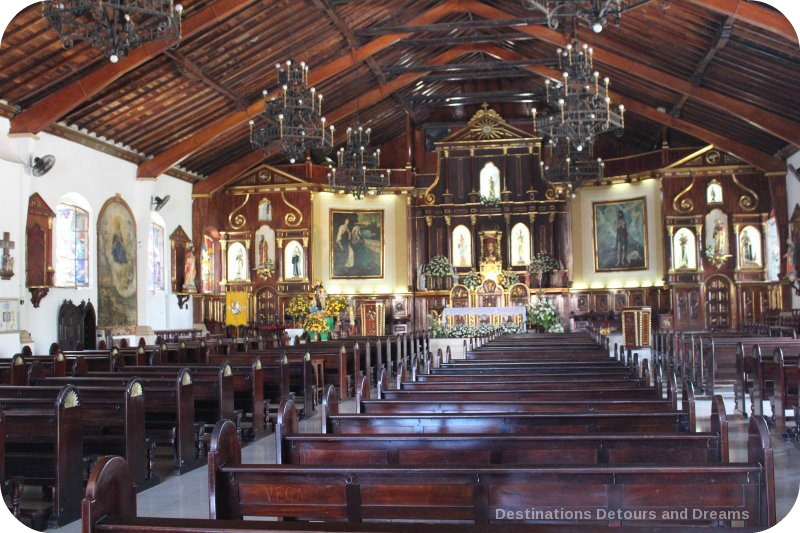 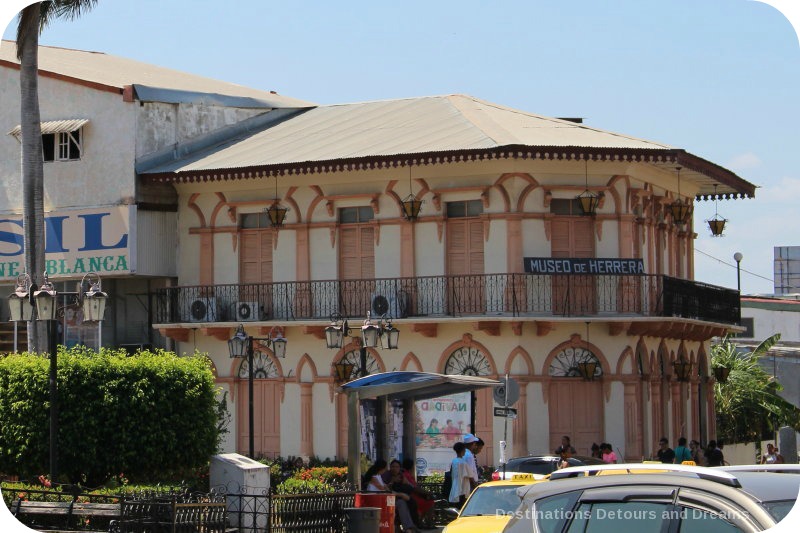 Museo de Herrera is an anthropolgy and natural history museum housed in a colonial building. It contains many well-preserved pieces of pottery dating as far back as 5000 BC, folkloric costumes, and religious costumes. Signs are in Spanish only. 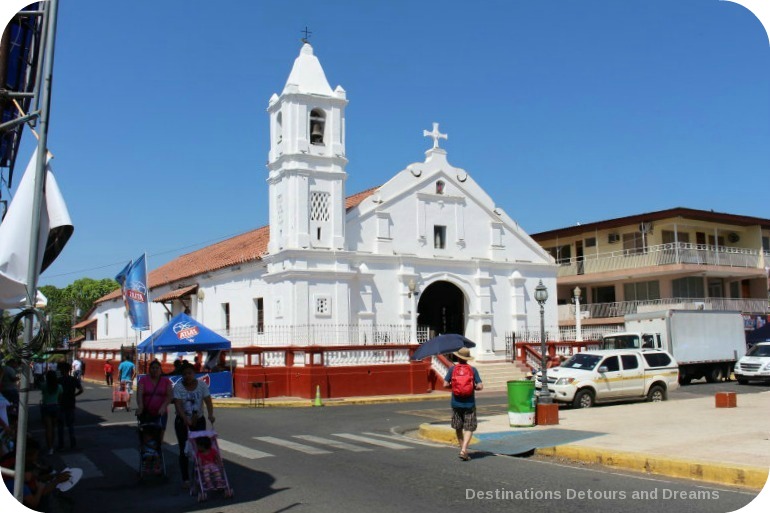 Las Tablas was colonized by Spanish settlers in the seventeenth century. It is a recognized national centre of Panamanian folk art and well-known for its festivals, particularly the Panama Pollera Dress Festival, the Thousand Polleras Parade and Carnaval. 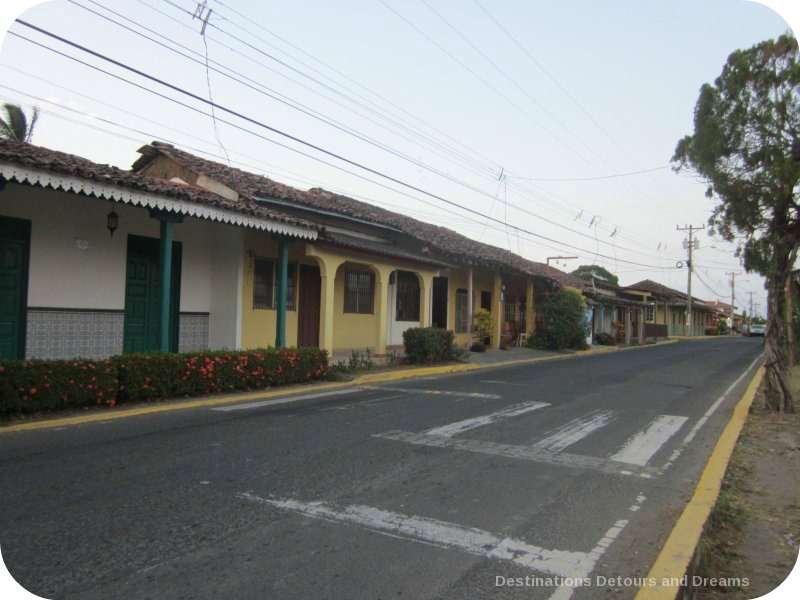 Pedasi is a lovely, well-preserved fishing town in the middle of an agricultural area. Pedasi and its surrounding beaches are known as the “tuna coast.” Located a five-hour drive from Panama City, it is considered “out-of-the-way” but deep-sea fishing, surfing and beaches bring tourists to town. Locals, expats and tourists happily co-exist in this tiny town of brightly painted houses. It is a place where people sit on their patios and greet their neighbours. The evening promenade is still a custom here. Families go for a stroll in the early evening, often heading to the town square. My husband and I spent a month in Pedasi and grew to love its friendly people, easy pace and wonderful dining options. 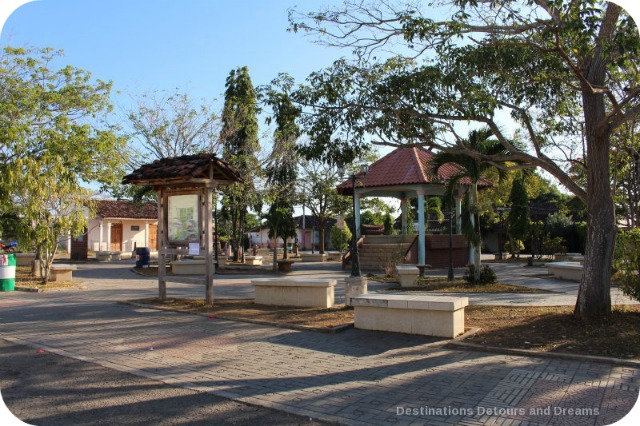 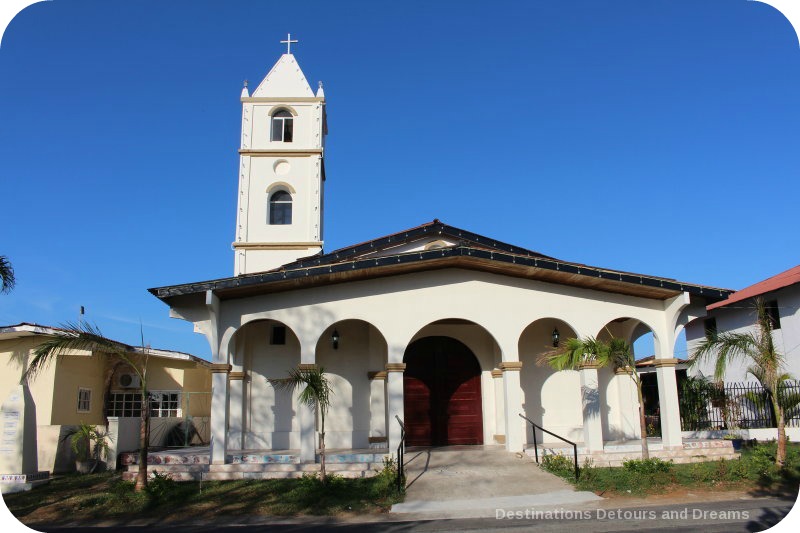 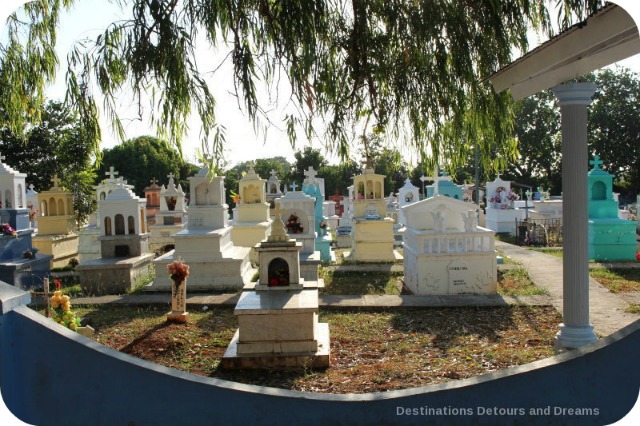 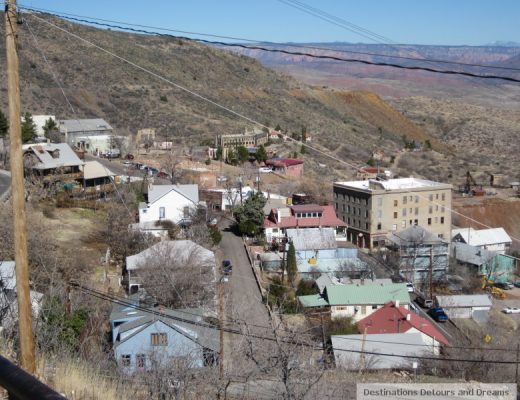