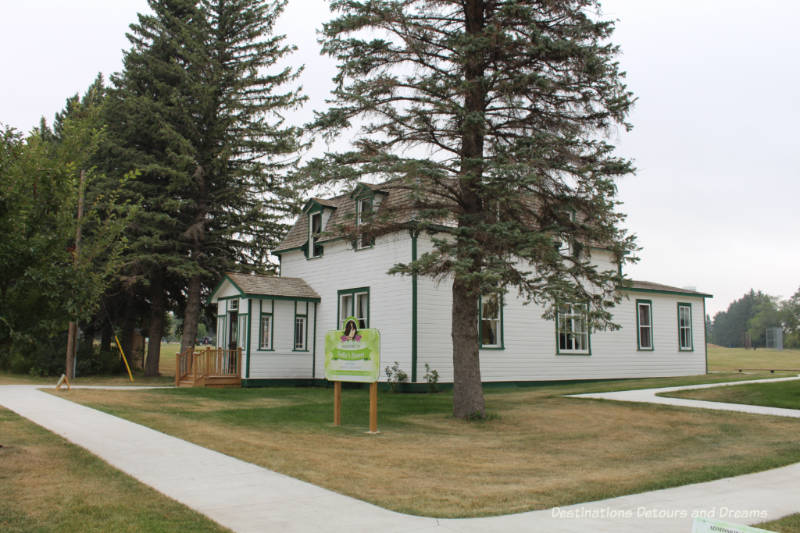 The small Canadian town of Manitou, Manitoba is located 156 kilometres (97 miles) southwest of Winnipeg. It was here that Nellie McClung started her writing career and began her lifelong devotion to improving the political and social well-being of women. Two of the homes she lived in are on display at the Nellie McClung Heritage Centre.

Who Was Nellie McClung?

Nellie McClung was a lecturer, legislator, teacher, writer and advocate for women’s rights. She played a key role in Manitoban women gaining the right to vote in 1916 and Canadian women being declared “persons” in 1929.

Nellie was born Nellie Letitia Mooney in 1873 in Chatsworth, Ontario. She moved with her family to a homestead near Wawanesa, Manitoba in 1880. She didn’t attend school until age ten and received a teaching certificate at age sixteen.

In 1890, she moved to Manitou to teach at Hazel School. 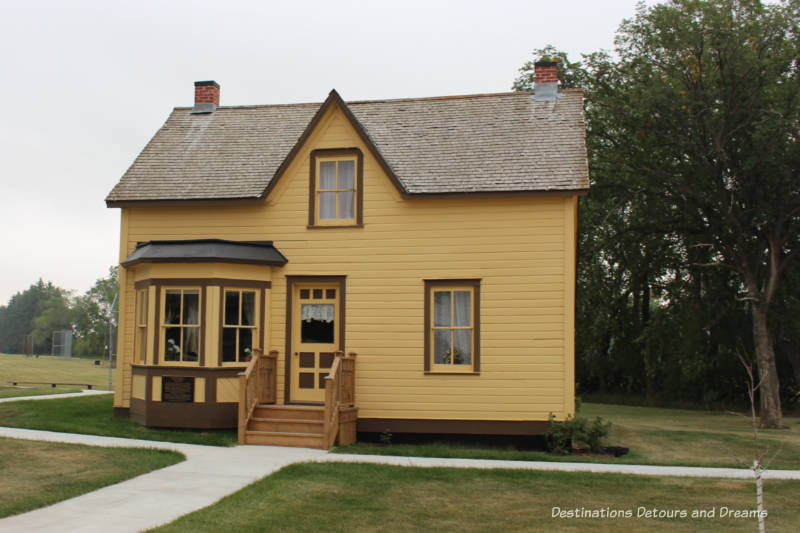 The first of the two homes on display is that of the Hasselfield family. Nellie boarded with the family in their house next door to the school. It is now called Hazel Cottage. 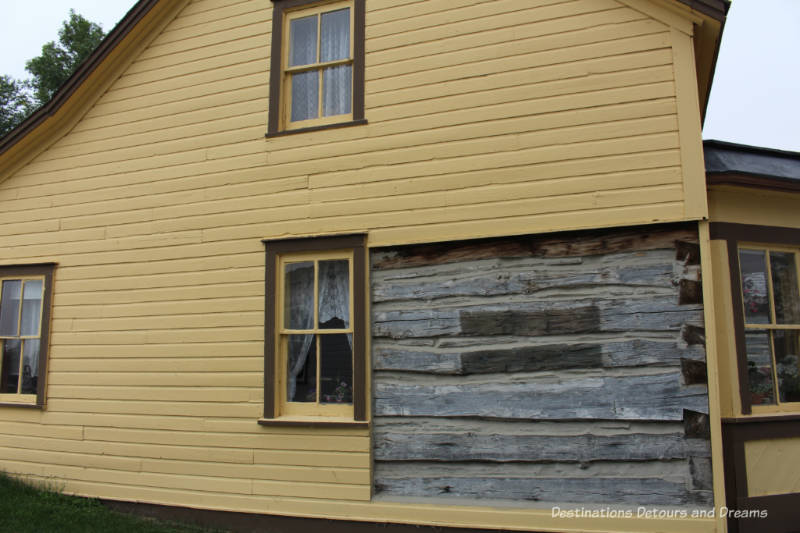 Hazel Cottage was originally a log cabin, but in a time when wood frame was considered more desirable and prestigious, its exterior was covered to look like a wood frame house. 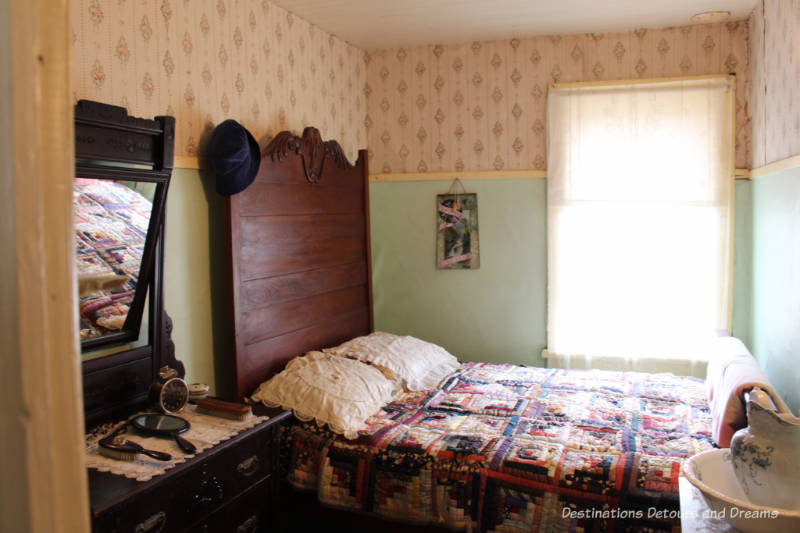 The Hasselfield house was warm and welcoming and full of books. Nellie shared a room with their eldest daughter Clara, who was painfully shy. In her autobiography, Nellie referred to the family as the Hornsberg family and Clara as Esther. When the family questioned her as to why she had not used their real names, she said it was because she did not want to draw attention to them knowing how shy Ester was. She also acknowledged that she should have let them know about the name change before the book was printed. 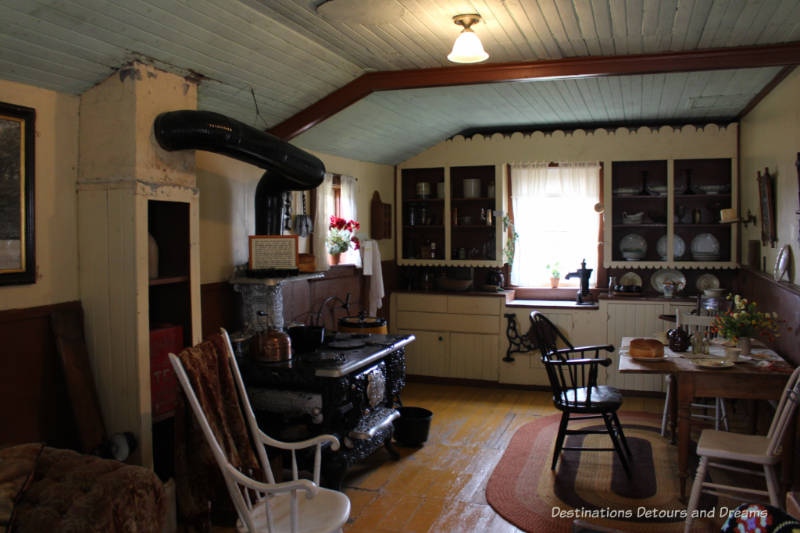 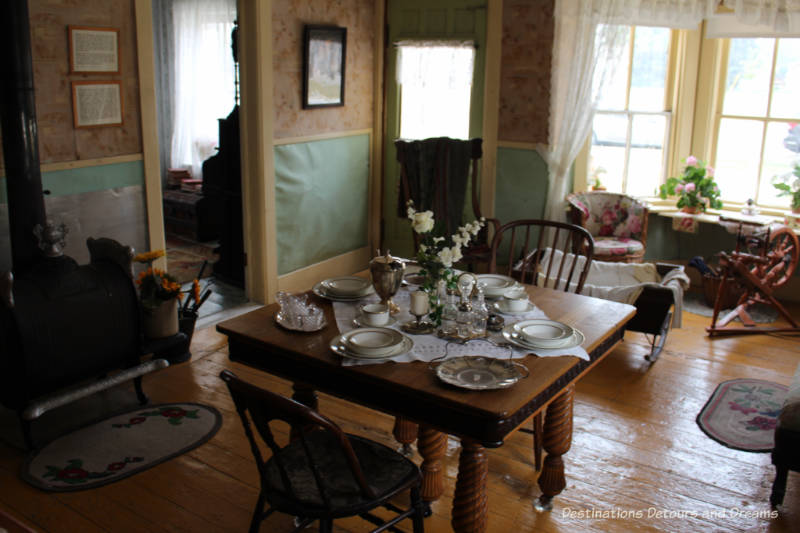 While in Manitou, Nellie met Annie McClung who became her mentor and role model. She also fell in love with Annie’s son Wesley, a pharmacist, and they married in 1896 at the Presbyterian Church in Wawanesa.

The tour guide told us that before coming to Manitou Nellie was convinced she would never have children. She didn’t think she’d be able to do the things she wanted to do in life if she had a family to care for. Her time at the Hasselfields changed her mind. Mrs. Hasselfield raised four children and still followed her own interests. I suspect that her future mother-in-law Annie McClung may also have influenced her. Annie was a champion of women’s rights, suffrage, and president of the Manitou chapter of the Women’s Christian Temperance Union. 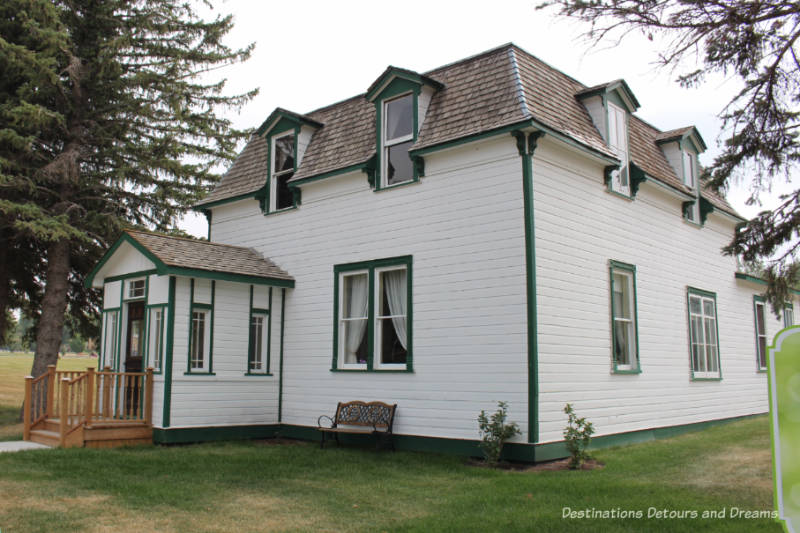 After Nellie and Wesley married, they lived for a while above the pharmacy before moving into the second house now on display. It was here that Nellie wrote the first of her sixteen books and where four of her five children were born. 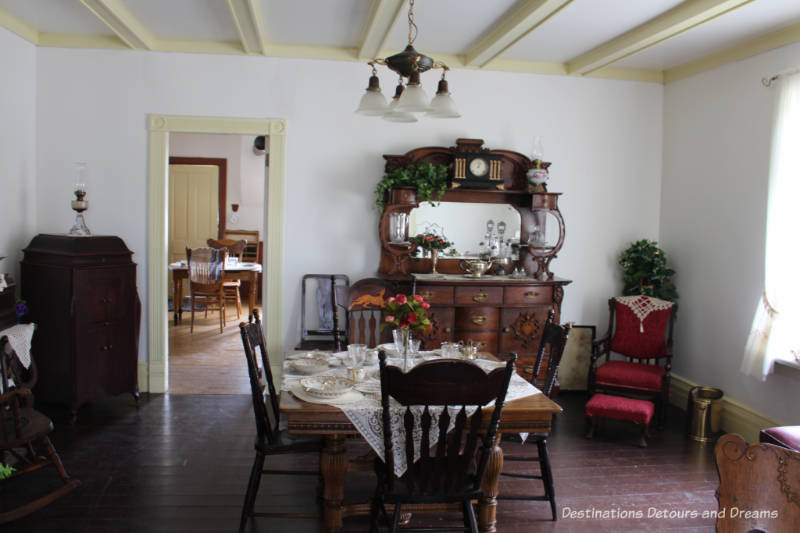 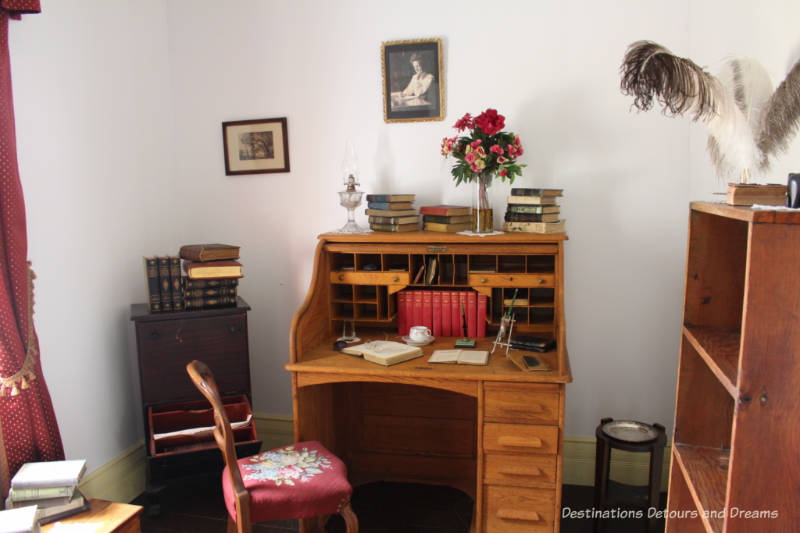 Annie McClung convinced Nellie to write a short story for a magazine contest. Not only did her story Sowing Seeds in Danny win the contest, the publishers said it was too good to remain a short story and asked her to turn it into a book, which became a national best seller.

The McClungs lived a comfortable middle-class life (and were a two-income family in the days when that wasn’t the norm). They could afford a full-time live-in housekeeper, which made it possible for Nellie to pursue her writing, activism and travel to gives speeches.

In 1915, the McClungs moved to the province of Alberta. In 1921, she became the first woman elected to the Alberta Legislative Assembly, where she had a seat until 1926. She was one of the “Famous Five” in the ground-breaking Persons Case which established the status of women as persons under the British North American Act in 1929. The group was led by Judge Emily Murphy and included Henrietta Muir Edwards, Louise Crummy McKinney, Irene Parlby and Nellie. The decision allowed women to be appointed to the Senate. (Women had gained the right to run for seats in the House of Commons in 1919.) 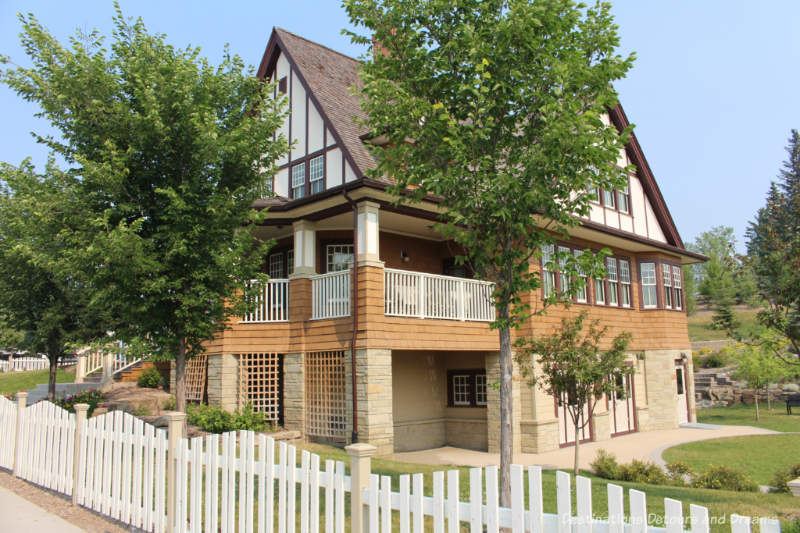 Nellie McClung was an early feminist and played a key part in Canada’s suffragette movement. She also campaigned for the rights of Aboriginal and Asian women. However, as we are recognizing more and more with many of our heroes from the past, she was not flawless and held some views we find unacceptable today. She was a prominent supporter for the eugenics movement which advocated selective breeding to improve the genetic composition of the human race. The movement became the intellectual basis for forced sterilization of mental-health patients and was used by the Germans as the foundation for the holocaust. Still, there is no denying the influential role Nellie played in advancing women’s rights in Canada.

About The Nellie McClung Heritage Site

For many years, the two houses belonged to the Archibald Historical Museum. The museum was created by William R. Wallcraft who had a passion for local history. When the museum closed in 2014, the Wallcraft family donated the buildings to the Municipality of Pembina. The Nellie McClung Heritage Site opened in Manitou in 2017.

Although few of the contents in the houses are original to the Hasselfields or the McClungs, the furnishings are period appropriate. The artifacts at the Nellie McClung Heritage Site make it well worth a visit even without the interesting backdrop of the Nellie McClung story. 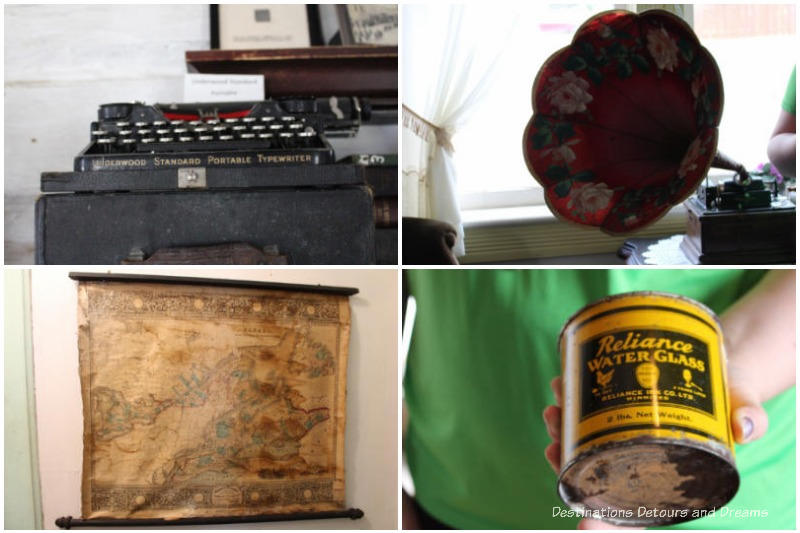 A sample of items in the houses: (clockwise from top right) an old still-working gramophone, a tin of egg preservative (you mixed it with water to create a gelatin-like substance to store eggs over the winter when the hens weren’t producing), a map of Upper and Lower Canada, an old portable typewriter 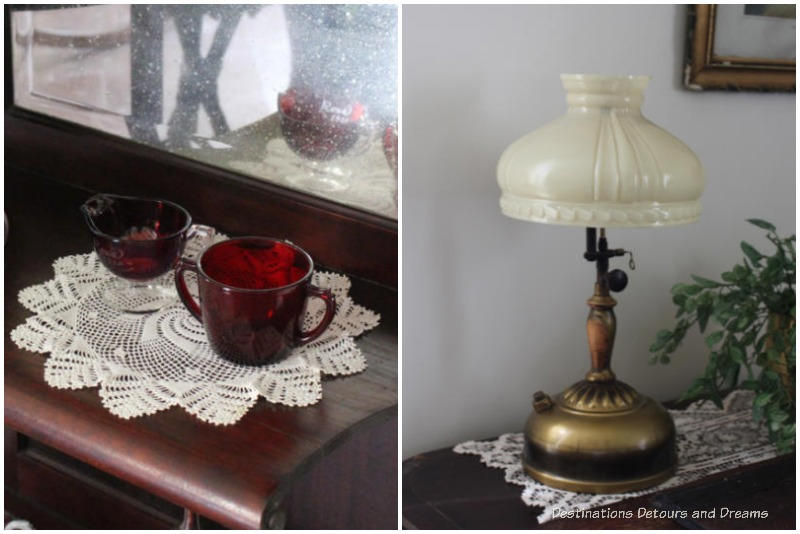 A couple of items which had belonged to Nellie 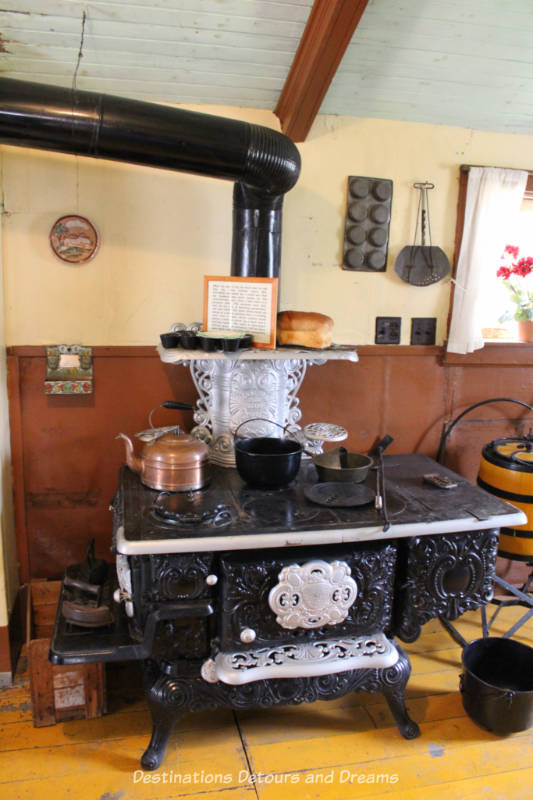 This stove in Hazel Cottage has a built in waffle iron at the front left. It had a German waffle recipe on it and it made heart-shaped waffles. 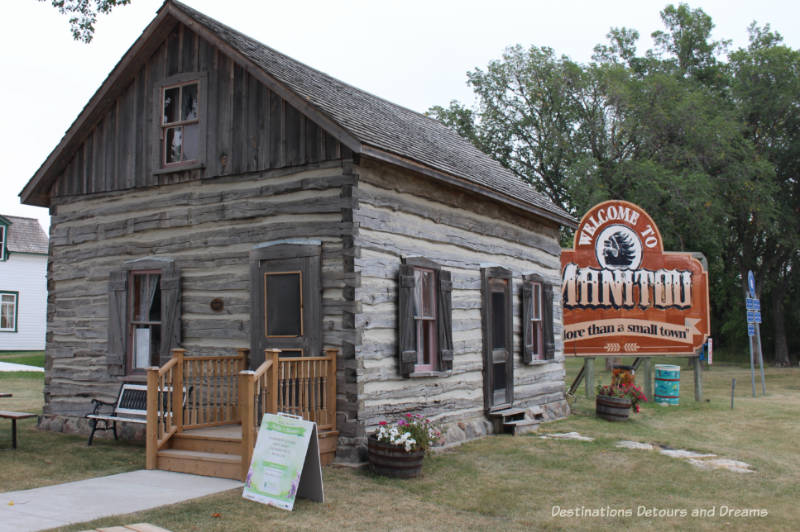 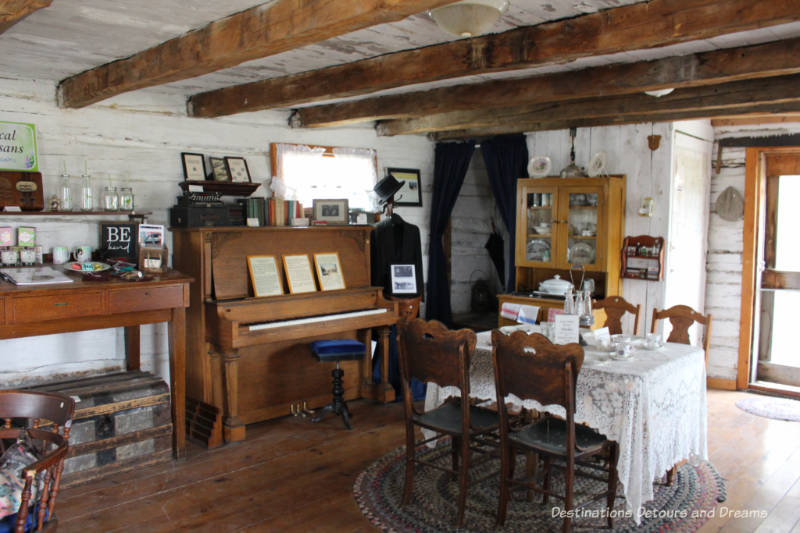 The Nellie McClung Heritage Site is open during the summer months. Check the website for exact days and hours. 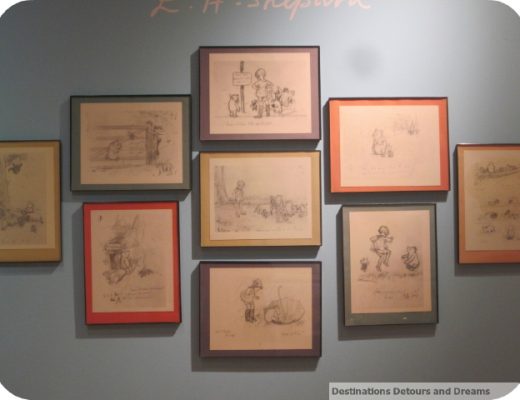 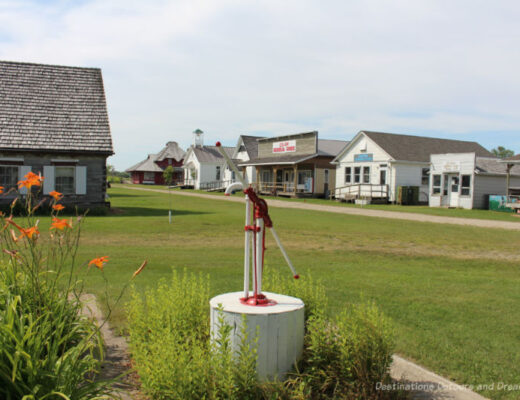