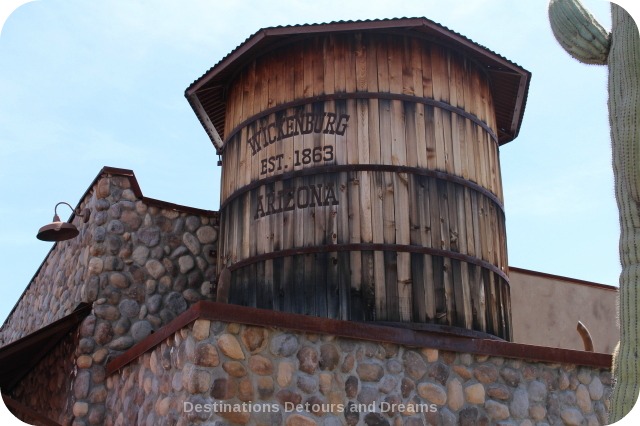 is its own old west museum experience

Wickenburg, located 54 miles northwest of Phoenix, is one of the oldest towns in Arizona and bills itself as “America’s most western town.”

The town and surrounding area has a history of agriculture and mining. The Hassayampa River flood plain provided fertile soil for farming and ranching. The western Yavapai (or Tolkapaya as they called themselves) made the banks of the river their home for centuries. Ranchers and farmers settled here in the 1800s. The area became part of the United States after the Mexican American war in 1848. 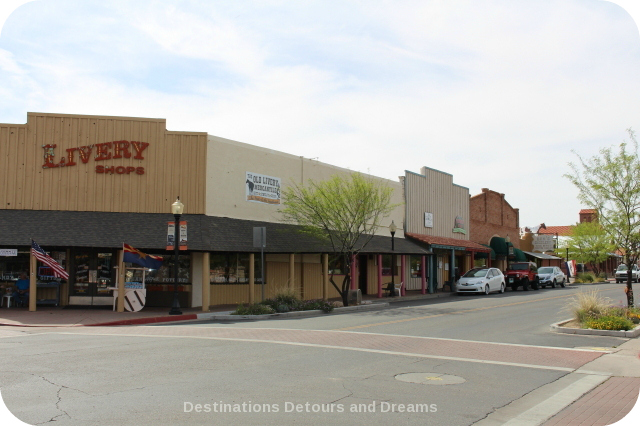 An 1862 gold strike on the Colorado River near present-day Yuma, Arizona inspired miners and prospectors to search for minerals throughout central Arizona. Henry Wickenburg was one of these gold-seekers and his quest proved successful. Over $30 million worth of gold was discovered in Vulture Mine.

The community of Wickenburg was founded in 1863. Despite a disastrous flood in 1890 when the Walnut Dam burst, the town flourished and grew. The arrival of the railroad in 1895 ensured its prosperity.

Today Wickenburg is a modern community with many businesses, but the downtown core retains the old West ambiance. A self-guided walking tour provides a living history lesson. 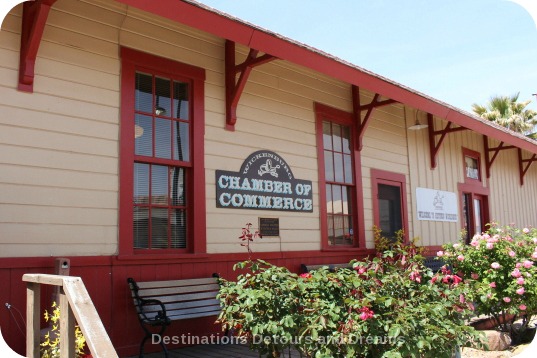 Start your walking tour at the Chamber of Commerce, housed in the old Santa Fe Depot, a building dating back to 1895. At the Visitor’s Office, pick up a walking tour guide and other information about Wickenburg. The town has 23 structures listed on the National Historic Register. 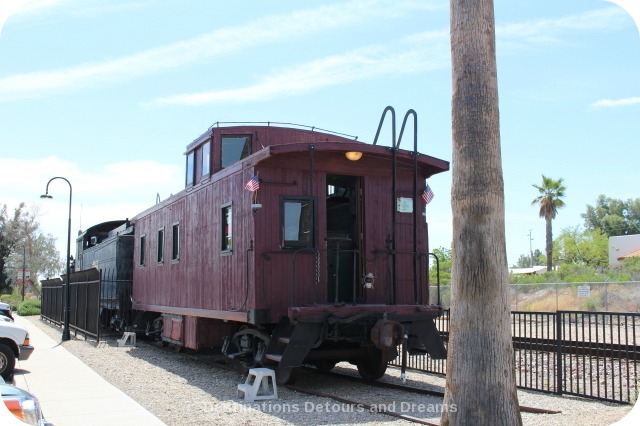 1900 Series Southern Pacific Dover Caboose.
Car is refurbished inside and open to the public 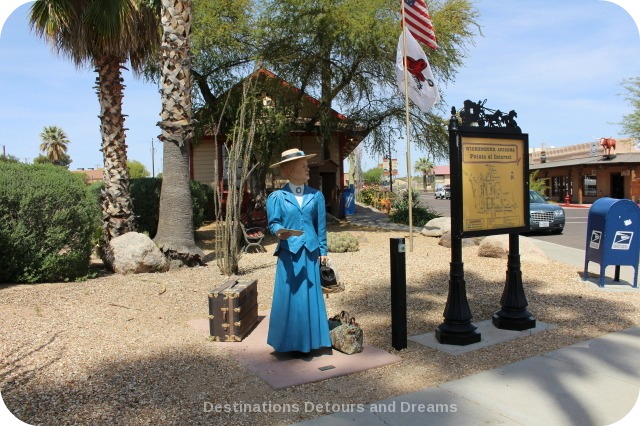 Sculptures located throughout the downtown depict figures from Wickenburg’s past. Pushing a button on a post or wall beside the statues activates audio recordings which provide information about the figure and Wickenburg’s history. 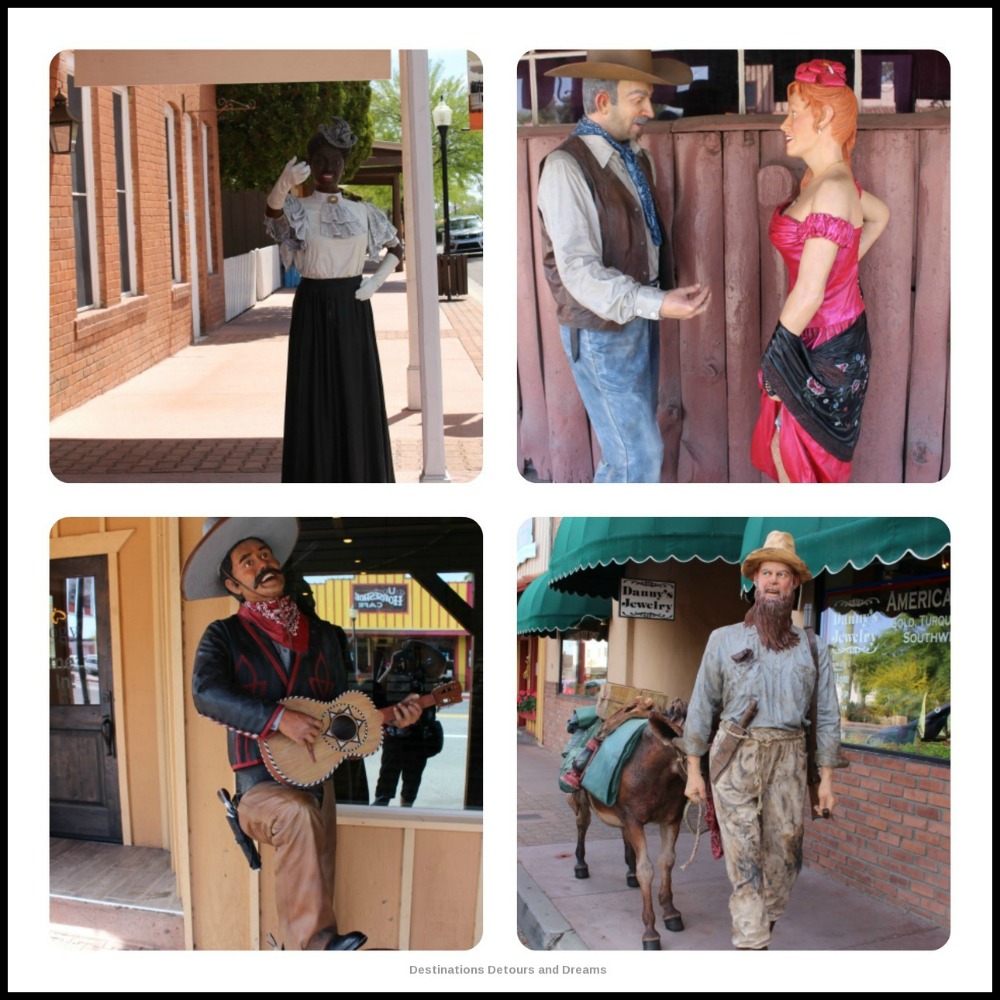 My favourite story from the statues was the one about Elizabeth Hudson Smith, a black American woman who took advantage of the more open society in the west. She was born in 1872 to a former slave and was college educated in New Orleans. She came to Wickenburg in 1897 with her husband, who worked as a valet for George Pullman. She owned and operated the Hotel Vernetta, the finest restaurant and hotel in town, owned rental properties, co-founded the Presbyterian Church, established the opera house and taught French lessons in her drawing room. Unfortunately, the railroad and statehood in 1912 brought the racial norms of the east to Arizona and her respected position in the community dwindled as newcomers shied away. However, she operated the Hotel Vernetta until her death in 1935. 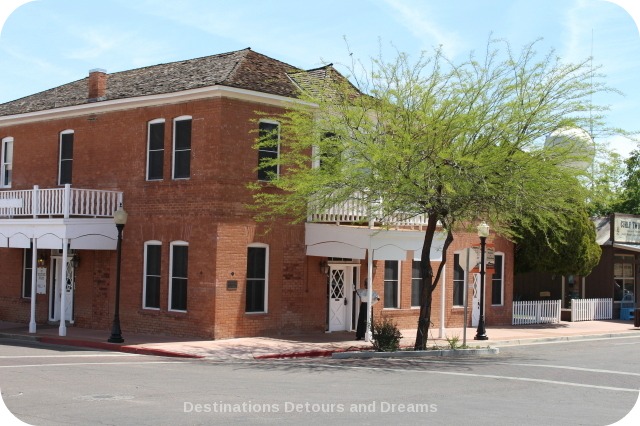 The Hassayampa Building, which was once the Vernetta Hotel.
It now houses an inpatient and residential treatment centre for eating disorders. 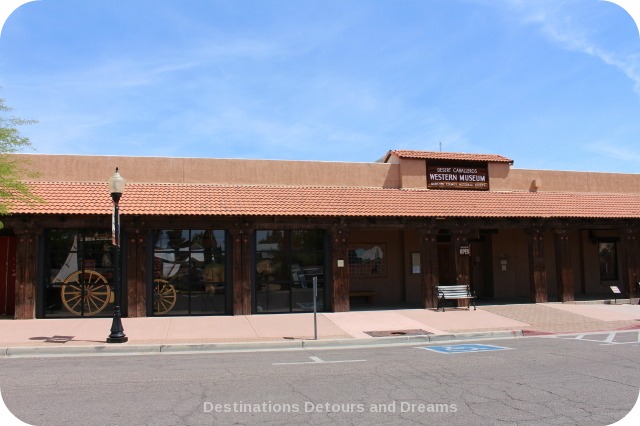 With the speaking statues and the walking tour guide, all of downtown Wickenburg feels likes a living museum. But the town also contains an excellent more traditional museum. The Desert Caballeros Western Museum opened in 1969 in the building that had once been Brayton’s Commercial Company, a general store built in 1906. The building and many of the exhibits were destroyed in a 1972 fire. A new building was constructed and the museum re-opened in 1975.

The main floor contains a permanent and temporary art gallery. The permanent collection contains a number of pieces by Frederick Remmington, who specialized in depictions of the old American West.

The museum also contains a collection of bolo ties. Vic Cedarstaff of Wickenburg came up with the idea of the bolo in 1949. In 1971, the Arizona Legislature declared the bola the official state neck wear. 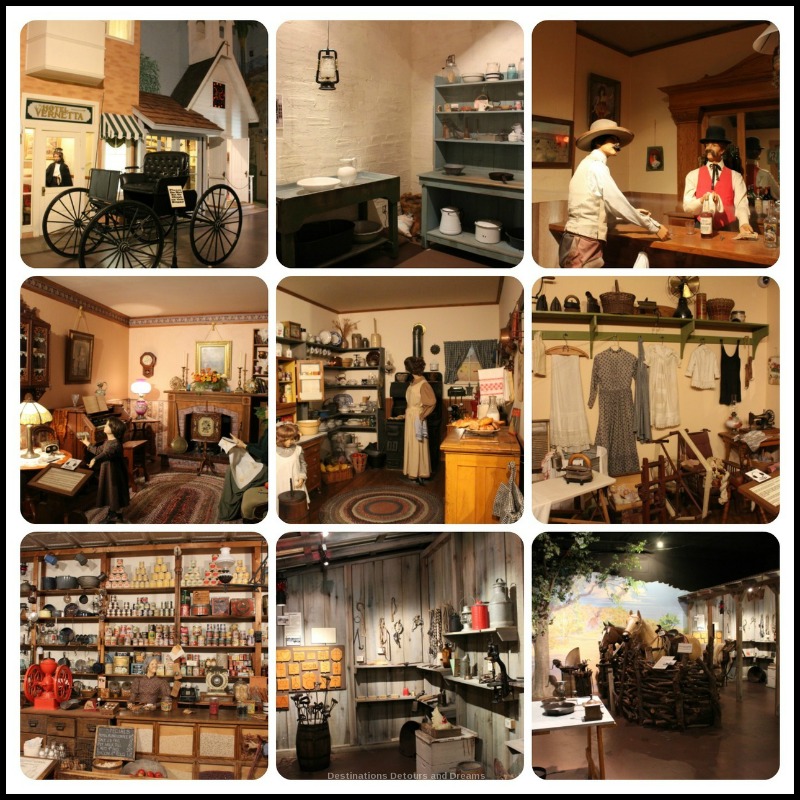 A sampling of exhibits from Desert Caballeros Western Museum

There were a couple of historic houses listed in the walking tour guide we had trouble locating or identifying. The buildings are now stores or businesses. When the guide contained a sketch of the building, we were able to pinpoint the specific building. The ones without sketches were a little trickier. Plagues on the building would have been useful. 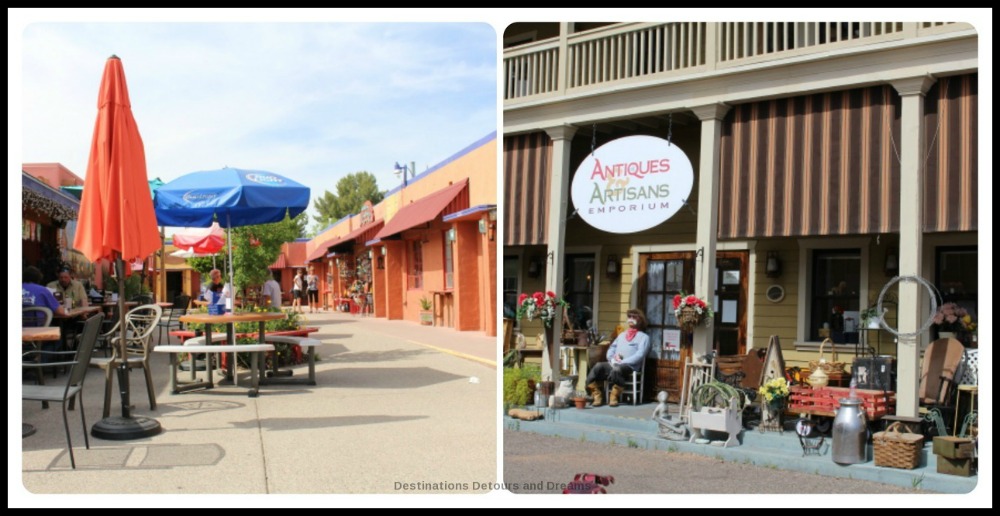 The downtown area contains a number of shops and restaurants 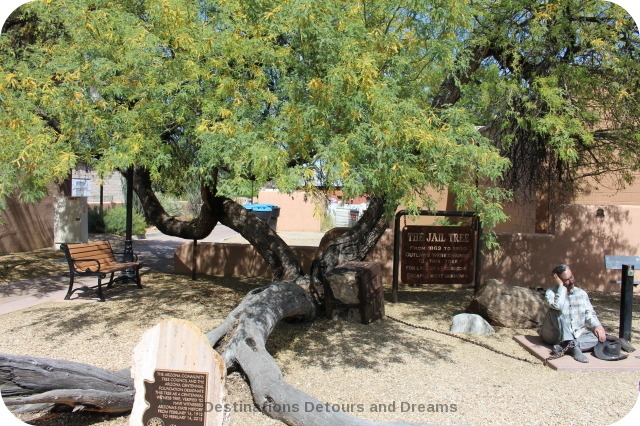 The Wickenburg Jail Tree is a 200-year-old mesquite tree that once served as the town jail.
From 1863 to 1890 outlaws were chained to the tree. 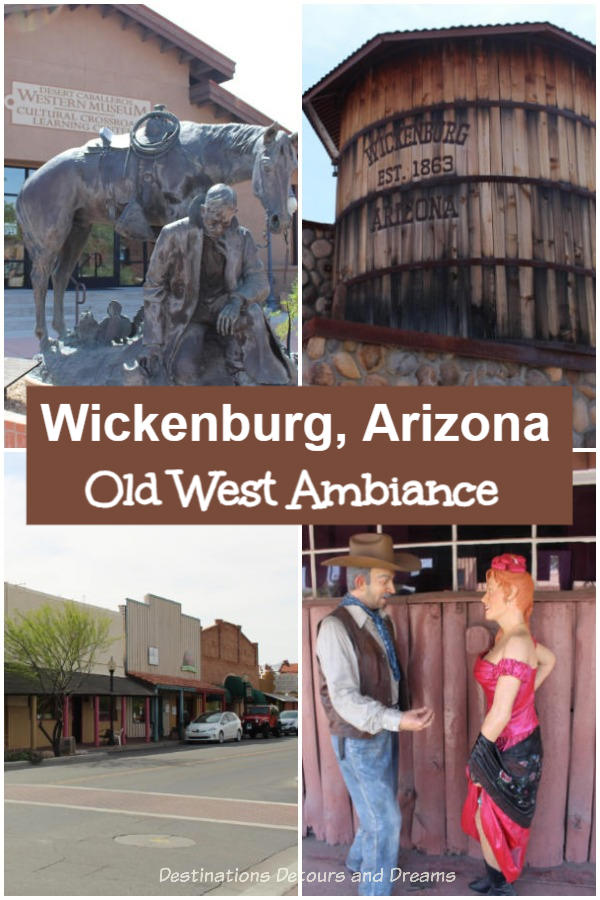 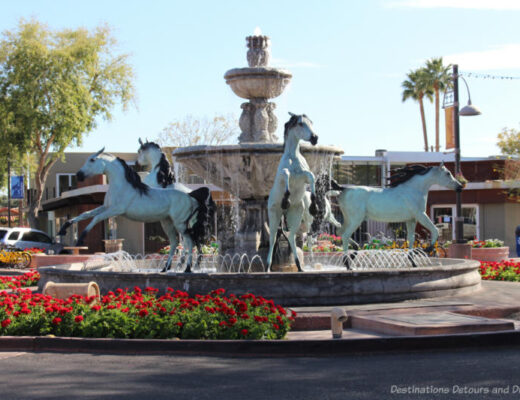