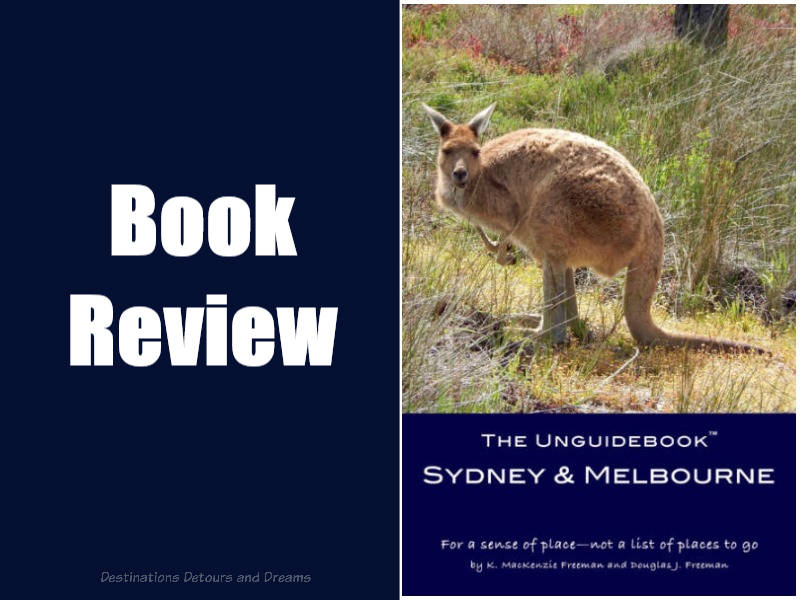 A book review of “The Unguidebook™ Sydney & Melbourne”

(Disclosure: I received a free copy of the e-book for purposes of review. Opinions are my own.)

Husband and wife team k. MacKenzie and Douglas J. Freeman have published a series of travel books they’ve branded as Unguidebooks. They books give travellers a sense of place rather than a list of places to go. The series was earlier known as A Picture is Worth 1,000 Characters™They decided to revise the phrase “a picture is worth a thousand words” by challenging themselves to write stories of just 1,000 characters.  Each 1,000-character story in the books is accompanied by an original photograph. The stories “give armchair and real-world travelers a sense of place and tell them what it’s like.”

I was particularly interested in one of the books in the series: The Unguidebook™ Sydney and Melbourne. Australia is on my husband’s and my radar as a possible travel destination in the next couple of years. I visited Sydney over two decades ago. Although it was a business trip and workdays were sometimes long, I found time during my two-and-a-half weeks to explore some of the city. I wondered how my impressions stood the test of time and how they compared with those of the Freemans. I wondered how their impressions of Melbourne, a city I’ve not yet visited, would appeal to me.

The book is not a travel guide or journal. The stories describe the Freemans’ reactions to attractions, like the HMS Endeavor or the Sydney Fish Market, specific details, like the Sydney Opera House two-toned sails that look white from a distance, or experiences, such as watching a flock of cockatoos.

A stunning photo leads off each story. Amid historical and site tidbits, the Freemans find analogies and insights into Australia.

Mark Twain said,” I didn’t have time to write a short letter, so I wrote a long one instead.” The Freemans do the difficult job of writing succinct, descriptive prose beautifully, taking the reader with them.

They took me back to the “chaotic, swirling hub of activity, color, and sound” of Sydney’s Circular Quay. I saw ferries and the man with the didgeridoo. I had forgotten about Rocks Market until I read the story. I recalled the peaceful beauty of the Royal Botanic Garden. I walked Melbourne’s revitalized laneways with them. I wanted to see the dismantled, moved and reassembled Yorkshire cottage in Melbourne and the bright Brighton beach bathing boxes in person.

The book makes you feel the essence of the cities, relive memories, and long to make new ones.

About the book, the authors, the series

The books in the series are available as e-books with colour photographs. Paperback versions have black-and-white photographs.

The other books in the series feature Hong Kong, Sydney and Macau, and New Zealand’s South Island . Their e-books are available through Amazon, iTunes, and Barnes and Noble. The paperbacks versions are sold through Amazon. MacKenzie and Doug Freeman can be found online at https://www.imaginexxus.com/.

Although The Unguidebook™ Sydney and Melbourne is not a guide book per se, I will use it to help me formulate my itinerary should my Australia trip become a reality. 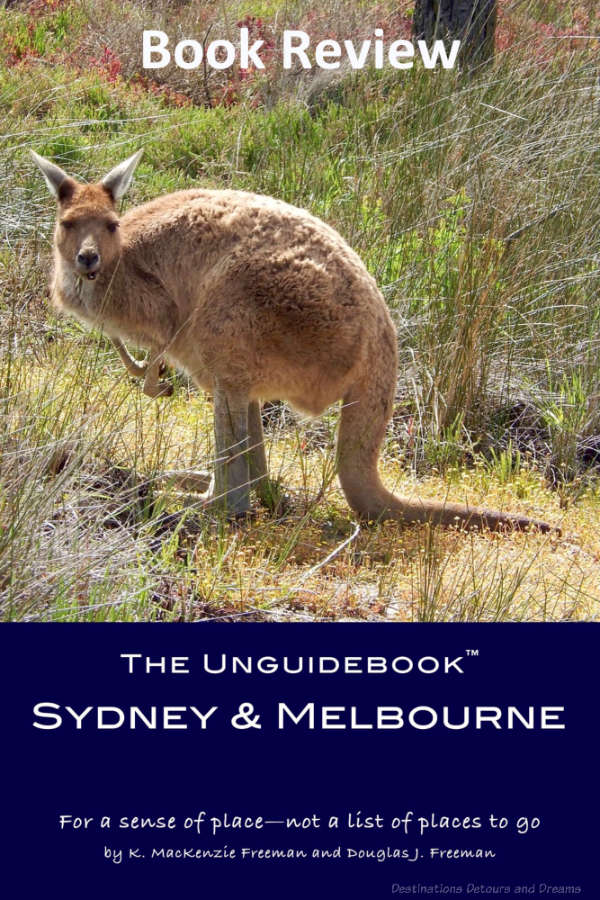 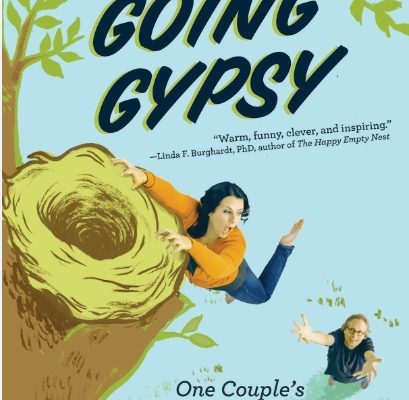