The Dawson Trail Heritage Tour makes for a pleasant day trip from Winnipeg, Manitoba, Canada. The self-driven tour takes you past historic landmarks and scenic countryside along what was once the western end of the Dawson Trail. The Heritage Trail covers approximately 160 kilometres (100 miles) starting and ending in St. Boniface, which is known as Winnipeg’s French Quarter.

The Dawson Trail was the first all-Canadian route linking the Great Lakes with the Canadian prairies without having to detour through the United States. The water and land route began at Port Arthur, Ontario (now Thunder Bay) and ended at St. Boniface, Manitoba, which is now part of the city of Winnipeg. The full length covered a distance of 850 kilometres (530 miles) with 240 kilometres (150 miles) of road on land and 610 kilometres (380 miles) on water. Parts of the trail are still in use. In Manitoba those parts are known as Dawson Road, which is the focus of the Heritage Tour.

The Heritage Tour provides current and historical information about 27 points of interest along the route. It passes through several communities along the trail. The three villages of Lorette, Ste Anne (Sainte-Anne des Chênes), and Richer were part of the French speaking parishes of the Red River Colony. Lorette was once known as “Petite pointe des chênes” (little oak point), Ste Anne as “Grande pointe des chênes” (big oak point), and Richer as “Côteau des chênes” (hill of oaks).

Several churches are points of interest on the tour. Construction of the Notre-Dame-de-Lorette (Our Lady of Lorette) Roman Catholic Church in Lorette, Manitoba began in 1894. The church, built by Lorette architect and builder August Gauthier, opened in 1900. Paintings by Louis Monty on the ceilings, sanctuary, and walls gave the church a reputation as the “Sistine Chapel of the Prairies.” It is unlikely, however, you will have a chance to see the interior when you drive the Heritage Tour. Doors into all the churches we stopped at were locked, but the church buildings and grounds were interesting enough to stop for even without getting inside.

The Romanseque-style Sainte-Anne-des-Chénes Roman Catholic Church was designed by architect Joseph-Azarie Sénécal and built between 1895 and 1898.

Ste Geneviéve is located north of the actual Dawson Trail, but is part of the Heritage Tour loop. The wooden church and old rectory, which is now a museum of French-Canadian historical, cultural, and religious artefacts, date to 1918. It is a designated heritage site.

The Dawson Trail has been recognized for its significance in linking together a new nation. It also played a role in the “colonization” of western Canada, a history with damaging effects on Indigenous Peoples.

Simon J. Dawson surveyed the route in 1858 for the Canadian government. Construction began in 1868. John Snow was Superintendent of the project to build the road from Lake of the Woods on the Manitoba/Ontario border to Upper Fort Garry (Winnipeg). He was known for his lawlessness, mistreatment of workers, and disdain for Métis and First Nations. By the end of 1869, construction had halted on that road and Snow left the settlement. One biography article I read about Snow claimed he was representative of that vanguard of Canadians who provoked resistance in the Red River Settlement to Canada’s westward expansion.

The Wolseley Expedition, sent to quell the Red River Resistance, traveled part of the Dawson Trail in 1870. After the Hudson’s Bay Company sold Rupert’s Land to the Dominion of Canada in 1869 without consulting its Indigenous residents, the Dominion initiated a land survey. The Métis in what is now Manitoba challenged the survey being done on their lands and formed a provisional government that was eventually led by Louis Riel. Colonel Wolseley and his troops were dispatched from Toronto to disband the provisional government.

The Wolseley troops began a reign of terror against the Métis so severe that more than half of the Métis in the new province of Manitoba left for the North-West Territories or Dakota territory. Wolseley’s soldiers were given land grants of 160 acres, exempt from the 3 years residency required by other homesteaders. The Métis struggled for years to get title to their land. (Today, there are calls to rename a street, a school, and neighbourhood in Winnipeg named after Wolseley.)

By 1878, Dawson Trail had brought 2700 settlers to the west, although some travellers still preferred the less arduous route through the United States and then north from Emerson, Manitoba on the border. The arrival of the railway in the late 1880s led to abandonment of much of the Dawson Trail, but some parts are still in use.

The Dawson Trail Museum was originally Richer’s church, then named “l’Église de l’Enfant-Jéus” (Church of the Child Jesus). Many Voyageurs stopped here as it the first place to worship as they traveled west.

Although I did go into the museum when I did the Heritage Tour, I saw little of the exhibits, which had been pushed against the walls to make room for an art show happening that weekend.

Today the driveable part of the Dawson Trail in Manitoba ends at the Eastman ATV Staging Area, before it reaches the Northwest Angle of Lake of Woods. There is a network of trails extending southeastward, but they are not maintained and are for recreational use only. Note also that the road from Richer to the Eastman ATV Staging Area (approximately 15 kilometres or 9 miles) is all gravel. This is the one section of the tour I did not travel, so I cannot comment on the condition of the road.

The landscape on the western part of the Heritage Tour, near Winnipeg, is smooth prairie. At La Coulée the landscape changes. Trees and scrub bush become prominent.

The Trans-Canada Highway (Highway Number 1) that today traverses Canada from the Atlantic Ocean to the Pacific Ocean runs just north of the Dawson Trail in Manitoba. The Heritage Tour takes you back to Winnipeg via that highway. The Centre of Canada Park alongside that highway marks the longitudinal centre of Canada. A huge billboard sign offers photo opportunities. There is a parking lot with ample parking, benches, and picnic areas.

Although it is not part of the Dawson Trail Heritage Tour, you may want to stop at a quirky attraction next to the Centre of Canada Park before getting back on the highway to the city. Pete’s Heritage Museum features a collection of old farm machinery, in various stages of repair/disrepair, on a large field. There is no admission charge to walk through the field and view the machinery.

Most of the Dawson Trail Heritage Tour is on paved roads. Allow 3 to 5 hours depending on how long you wish to stop at each point. The online tour guide has a lot of background and historical information about each point. 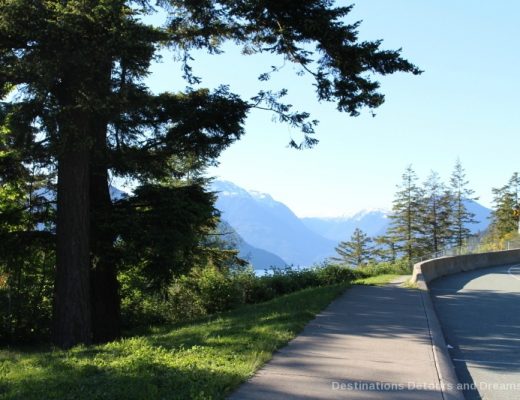 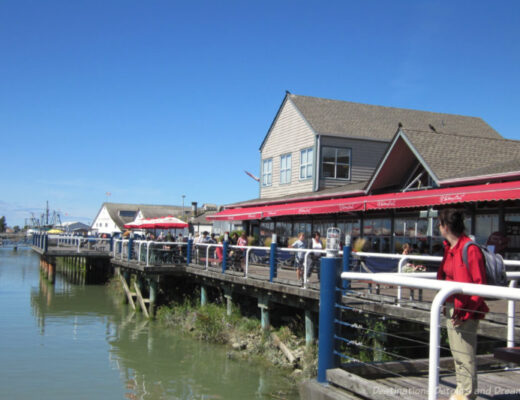 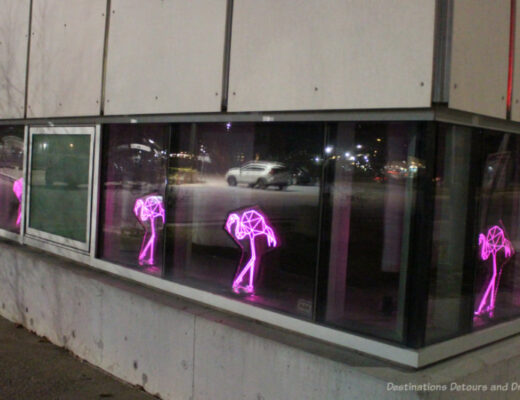