The Royal Aviation Museum of Western Canada in Winnipeg, Manitoba, Canada, showcases the rich history and many stories of Canadian aviation.

In May, 2022, the Royal Aviation Museum of Western Canada in Winnipeg, Manitoba, Canada, reopened in its new building. The specially-designed, climate-controlled 86,000-square-foot space is large and bright. A two-storey display section features floor-to-ceiling windows, aircraft suspended from the ceiling, and many other aircraft on the floor.

The museum houses one of Canada’s largest aviation heritage collections and tells the story of flight across western and northern Canada through immersive galleries, aircrafts on display, and a rich selection of artifacts.

The history of the museum dates to 1974 and five founding members motivated to share Canada’s rich aviation heritage. The Western Canadian Aviation Museum, as it was then called, opened in its first building, an old police signals garage and support building, in 1979. In 1983, the museum moved into one of the hangars close to the Winnipeg International Airport. It received its Royal designation in 2014, at which time the name changed to the Royal Aviation Museum of Western Canada. The museum closed in October 2018 when the lease on its building ran out. The collection, which had grown over the years, was put into appropriate storage awaiting the construction of a new facility.

The new facility is on the grounds of the Winnipeg James Armstrong Richardson International Airport Campus. If you are flying into Winnipeg, you may catch a glimpse of some of the aircraft in the museum through the building windows as you drive away from the airport.

One of the displays in the museum recounts the history of the airport. In 1928, the Winnipeg Flying Club opened Stevenson Field in northwest Winnipeg, naming it after famed bush pilot Frederick J. Stevenson.

Note: The Stevenson Field timeline placard, like many of the other display signs in the museum, contains old photographs. The museum has an estimated 60,000 images of black and white prints and negatives, colour prints and negatives, slides, and digital images. A volunteer team continues its decade-long task of digitizing, touching up, and restoring faded and worn photographs.

Stevenson Field was a regional headquarters for the Commonwealth Air Training Plan during the Second World War. In 1958, Stevenson Field was renamed Winnipeg International Airport. In 2006, it became the Winnipeg James Armstrong Richardson International Airport. It is from this location that the museum showcases the role of aviation in Canada’s history.

A TCA Canadian Vikers Viscount gives visitors a look into earlier days of airline passenger travel. The Vikers was the world’s first turboprop airline and first turbine-powered aircraft to enter scheduled service in North America. The Viscounts in the TCA fleet were adapted to cold-weather operations.

The Vickers Viscount on display in the museum operated from the TCA hangar in Winnipeg from 1958 until it was withdrawn from service in 1974. It carried 2 flight crew, 2 cabin crew, and 43 passengers. The museum acquired it in 1984. Volunteers overhauled its interior and Air Canada gave it a new paint job.

Museum visitors can tour the inside of this plane. The challenges of modern air travel can sometimes make us long for the past “golden days” of air travel, but this cabin did not strike me as any more comfortable or glamourous than modern-day. A group of high school students toured the cabin before I did. I heard some conversation about where you’d store your bags. The overhead cabins would certainly not accommodate many of the “carry-on” bags I’ve seen in present-day travel.

The Royal Aviation Museum of Western Canada possesses one of the most significant bush plane collections globally.

The Canadian Vickers Verdette “flying boat” was one of the early bush planes. Shipbuilders Canadian Vickers Ltd introduced it in 1924 for use in remote areas without runways. Wood and fabric construction made it easier to maintain and repair than metal-bodied aircraft. The one on display at the museum is a replica, constructed to the original manufacturer’s standards by museum volunteers between 1980 and 2002.

Early bush planes used radial air-cooled engines. The one in the above photo, circa 1930s, was salvaged from the wreckage of a Vickers Verdette CF-MAG near Cormorant Lake, Manitoba.

There are many interesting stories (and artifacts) about bush planes and bush pilots at the museum, like the information on the above placard. Another story I found interesting was about the use of homing pigeons by pilots in the 1920s to return messages to their home bases in emergencies because radios were too heavy and unreliable at that time.

Bush planes made it easier to get into remote remote areas of Canada. They were used by the forestry industry to survey forest areas,. They were used to patrol for forest fires and airlift firefighters. And they brought in supplies.

In the 1920s and 1930s, the Canadian Air Force crisscrossed Canada taking aerial photographs that were later converted to topographical maps. They initially used the Vickers Verdette, but later replaced them with more reliable aircraft like the Fairchild FC-2.

Designs That Did Not Fly

A few of the aircraft on display had interesting designs and stories, but didn’t have successful flying histories.

The Froebe Helicopter, designed in 1937 by the Froebe brothers of Homewood, Manitoba, was the first to fly in Canada. Made from metal tubing and salvaged truck parts, the design was sound but the engine was underpowered. It only rose one metre (3.3 feet) off the ground.

The Canadair Dynavert was designed to take off and land like a helicopter and fly like a conventional fixed-wing aircraft. First flown in 1965, it was ahead of its time. Although evaluated by the United States, United Kingdom, and Canada, it failed to find a buyer and was cancelled in 1974.

The Avrocar was the product of a top-secret U.S. Air Force project to develop a supersonic fighter capable of vertical takeoff and landing. It proved underpowered and the project was cancelled in 1961. The replica on display was built for a 2003 TV documentary.

The smaller model of the Musketeer training aircraft is fitted with a set of flight controls allowing museum visitors to try their hands at maneuvering the craft via a set of joysticks. Another exhibit in a different part of the museum gives visitors the chance to hear the sounds of 3 different engines starting up through the use of foot pedals.

Following are photos of a few other exhibits in the museum.

Others Areas of the Museum

The museum also has meeting rooms, venue space for special events, and an archive room.

I visited the museum the first week after it re-opened in 2022. The exhibits on display were impressive, but there were still at least of couple of display cases labeled “Coming Soon.” It will be interesting to return in the future and see what has been taken from the museum’s large collection of artifacts to fill those cases.

The museum is located on the the grounds of the Winnipeg James Armstrong Richardson International Airport Campus. There is parking available beside the museum building. It is also possible to walk to the museum from the terminal building, should you wind up with a layover in Winnipeg and are wondering what to do with that time. The museum is accessible for people in wheelchairs or with walkers with the exception of the interior cabin of the Vickers Viscount plane.

See the museum website for information about hours, prices, and any special exhibits. 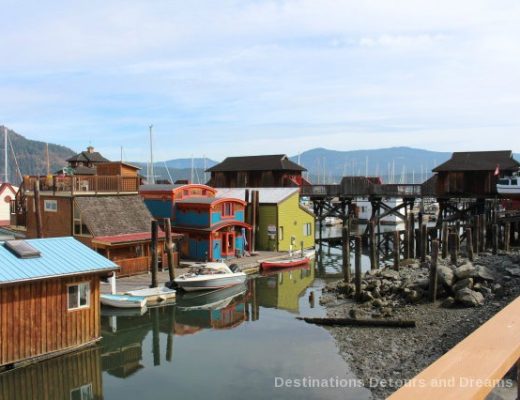 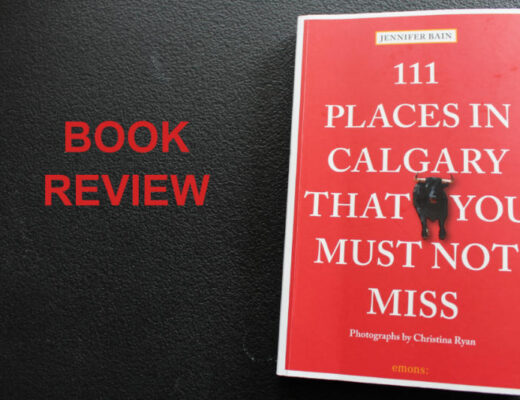 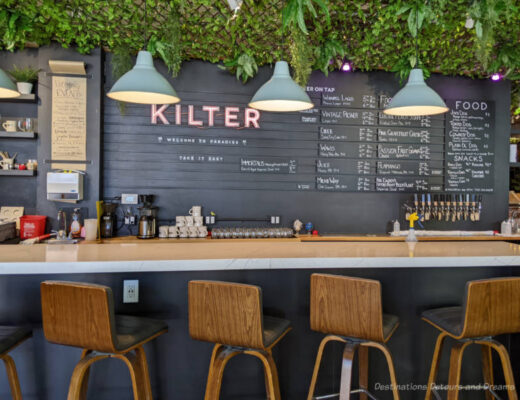