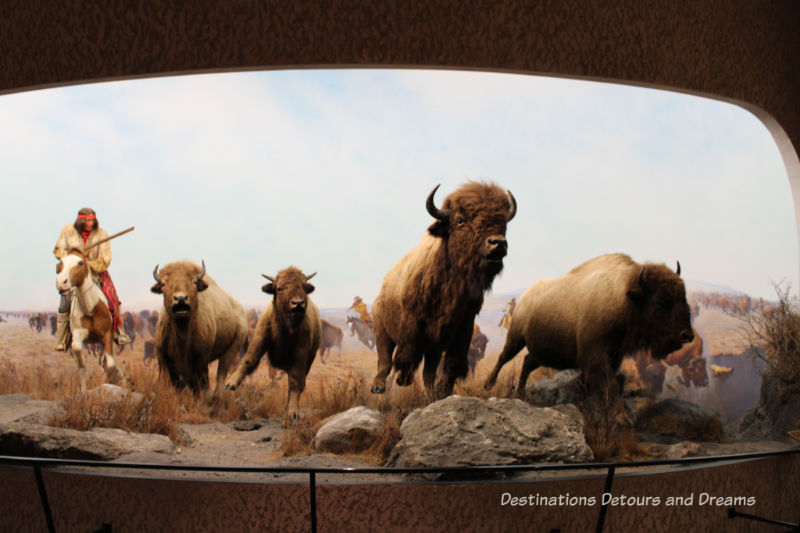 in the varied landscapes of Manitoba

A scene at the entrance to the Manitoba Museum depicts a Métis hunter on horseback closing in on a herd of bison. The scene is there to introduce the philosophical theme of the museum: the interrelationship of human beings and the natural environment.

Listed as one of the top ten attractions in Winnipeg, Manitoba, the Manitoba Museum galleries reflect the heritage of Manitoba. Visitors to the museum travel through millions of years as they go from north to south across Manitoba’s landscape. The galleries showcase both natural history and human history. A recent visit to the museum reminded me of the diversity and variety of landscape within Manitoba.

The Discovery Room is the first gallery one encounters. It contains exhibits which change every six months. I’ve often wondered how archaeologists determine the way ancient peoples live and how close their depictions are to what really happened. One panel of information in the Discovery Room caught my attention. It said that archaeologists face a constant battle due to the perishable nature of organic materials. Only a small portion of material culture remains preserved and archaeologists try to interpret these fragments. On another panel, I found these words: “Interpreting the past requires an interdisciplinary approach. Each perspective provides a different story; the more perspectives used, the better the interpretation.” Wise words to keep in mind when touring any museum or archaeological site.

The Earth History Gallery focuses on Manitoba’s geological history, traces of which remain in the fossils of the Ordovician Sea, which covered the province a half-billion years ago.

The Arctic/Sub-Arctic Gallery focuses on Manitoba’s barren northland, featuring the aurora borealis (aka northern lights), the wildlife and the traditional lifestyle of the Caribou Inuit and Caribou-Eater Chipewyan peoples. Those of us who live in the prairies in southern Manitoba sometimes forget that Manitoba is a maritime province with 654 kilometres of shoreline in the north along Hudson’s Bay. This gallery contains information about tides and Hudson’s Bay marine life.

Re-enactment of the caribou autumn migration into the boreal forest

A coniferous forest covers nearly one-third (164,000 square kilometres) of Manitoba. The Boreal Forest Gallery focuses on this section of the province.

At the time of European contact, the inhabitants of the boreal forest spoke dialects of the Alongkian language family. They were primarily hunters, relying on moose, woodland caribou, elk, bison, bear and smaller mammals. Fish, birds, berries, maple sap and wild rice were also staples of their diet. Mobility was important. They relied on the birch-bark canoe, snowshoes and toboggans. The Boreal Forest gallery also contains information about the impacts of hydro-electric projects and the building of the railroad on this area, impacts both positive and negative.

Reconstruction of Alongkian encampment in summer

Depiction of creating a pictograph on stone

In 1668, the original Nonsuch sailed into Hudson’s Bay in search of furs. That voyage led to the creation of the Hudson’s Bay Company and was instrumental in establishing commerce in western Canada. The replica on display in the Manitoba Museum was built in 1968 with the same type of wood and using the same techniques as would have been used in the seventeenth century. The replica was built in England and sailed 14,000 kilometres of salt and fresh water before reaching the museum. Visitors can board the replica and walk through the vessel.

Several types of boat were adapted for the inland fur trade. The York boat, with a design inspired by Scottish-Norse vessels and the French bateaux, was the most widely used for river and lake travel.

The York boat on display at the Manitoba Museum was built for the 250th anniversary of the Hudson’s Bay Company in 1920 and was used until 1935, when it was relocated to Lower Fort Garry. It was disassembled for movement to the Manitoba Museum and put back together board by board.

A reconstruction of the Narcisse snake pit in the Interlake region,
where thousands of red-sided garter snakes gather twice a year:
in early spring to mate and in early fall before cool, wet weather forces them underground

The Parklands Gallery focuses on the transition zone between the boreal forest and the southern grasslands. It is home to a larger variety of life and landscapes than any other area of the province.

Tipi – a cone-shaped dwelling used by Aboriginal peoples in the Grasslands.

The Grasslands Gallery focuses on the southern portion of the province, where bison once roamed. This is the area I grew up in and am most familiar with. Of all the regions in Manitoba, the grasslands have been most affected by human activity. A section of the museum focuses on the peoples of Manitoba and the mass immigration that occurred after 1870.

Scenes from the Urban Gallery

The Urban Gallery reconstructs old Winnipeg and has always been one of my favourite areas of the museum.

Tiles and wood came from the old Bank of Montreal building

As I walked through the museum, sound effects helped bring exhibits to life – the sound of the loon in the Boreal Forest, fiddle music in the Métis kitchen and the whirr of sewing machines in a sewing factory in 1920s Winnipeg.

The museum covers a lot of territory and time periods. I learn something new each time I visit. There are three parts to the Manitoba Museum – the galleries I’ve given a glimpse into in this post, a science gallery and a planetarium. Admission can be purchased for all three or just one. The museum is open six days a week during the winter, closed on Mondays, and open seven days a week in the summer. 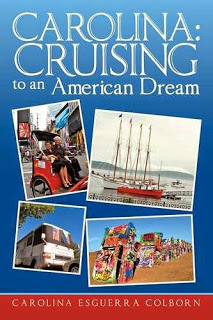