Casa Milà is a UNESCO Word Heritage Site and one of several well-known buildings in Barcelona, Spain, designed by renowned architect Antoni Gaudí (1852 – 1926), who has been internationally recognized for his contribution to architecture. He was a leading proponent of modernism.

La Casa Milà is popularly known as La Pedrera (“the stone quarry”) because of its unconventional rough-hewn appearance. It was built between 1906 and 1912, declared a UNESCO World Heritage Site in 1984, restored, and opened to the public in 1996. Gaudí’s distinctive and imaginative works found their main inspiration in geometry and nature forms. When I toured Casa Milà, I gained a better appreciation for that inspiration and Gaudí’s expertise as well as enjoying its unique design elements.

Casa Milà actually consists of two blocks of houses with independent entrances, organized around two interconnected patios with ramps to access the garage with vehicles.

The façade of Casa Milà is not structural. It is a curtain wall, not a load-bearing wall. The more than 6,000 stone blocks are attached to the structure by metal elements. The iron bars of the 32 balconies were made with scrap metal, combining plates, bars, and chains.

The history of Casa Milà is as interesting as its design. In 1905, Pere Milá and his wife Roser Segimon commissioned Gaudí to build a house. Milá and his wife planned to make their home on the main floor and rent out apartments in the remaining floors.

Construction was filled with financial and legal issues. Gaudí kept making changes to the appearance, went over budget, and did not abide by City Council’s building codes. In one dispute over one of the pillars of the façade occupying part of the pavement on Passeig de Gràcia, when Gaudí feared inspectors would force the column to be cut, he threatened to put up a plaque saying “the section of column that is missing was cut at the order of the City Council.” In the end, the Eixample Commission certified that the building was a monument and as such did not need to conform strictly to municipal bylaws. However, the Milàs had to pay a fine. They argued with Gaudí over his fees and took him to court. Gaudí won. The Milàs mortgaged the building in order to pay the architect, who donated the compensation to a convent of nuns.

Original tenants included an Argentine consul, an Egyptian prince, and a textile industrialist family. In 1926, shops started to open on the ground floor. In 1946, Roser Segimon, a widow for the past six years, sold the building to a real estate company although she continued to live in the apartment on the main floor until her death in 1964.

Today, with the aid of an audio guide, you can explore the following areas at your own pace: the courtyards, a bourgeoise apartment, the exhibition hall housed in the Milà flat, a Gaudí interpretative centre, and the iconic rooftop. Specialized tours are available that allow you to see spaces usually closed to the public, such as the basement car park and the rear façade, or to see an immersive projection show on the roof at night.

Visitors to the building today are able to tour an apartment on the fourth storey above the main floor. Using furnishings and household equipment of the time, the apartment shows how a bourgeois family in Barcelona lived in the early 20th century. There are many decorative features, such as door knobs, mouldings, handles, and floor surfaces, designed by Gaudí. I particularly enjoyed this part of the house and would have loved to have lived in this apartment.

The Whale Attic, the attic of the house, was where the laundry rooms and storage rooms used to be. There are 270 catenary arches recalling the skeleton of a whale. Today, the space houses the Gaudí Exhibition in which audiovisuals, models, drawings, objects and design, highlight the extraordinary features of Gaudí architecture.

Gaudí’s use of the catenary arch allowed him to build supports from relatively light materials that could still support great weights. Gaudí’s technique for optimizing weight-bearing in his structures were simple and clever. Using ropes to create inverted arches, he experimented with varying weight levels and adjusted calculations for larger proportions. Modern computer simulations have validated his calculations.

The dizzying shape of Casa Milà’s iconic Warrior Rooftop is the results of Gaudí’s use of the catenary arch. The terrace offers magnificent 360-degree views of the city.

Chimneys stand in hierarchical lines of warriors turned to stone. The 28 chimneys are twisted to more efficiently release smoke.

There are 6 skylight/staircase exits on the rooftop. Four are covered with broken pottery. The staircases also house water tanks. 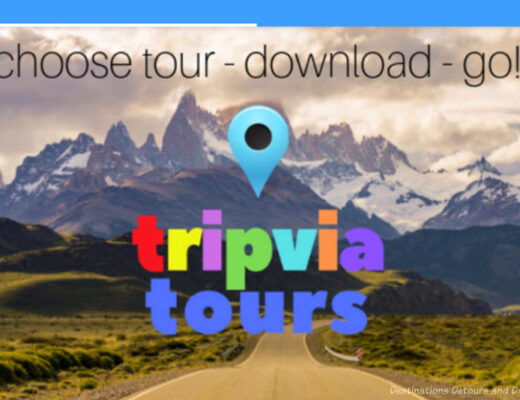 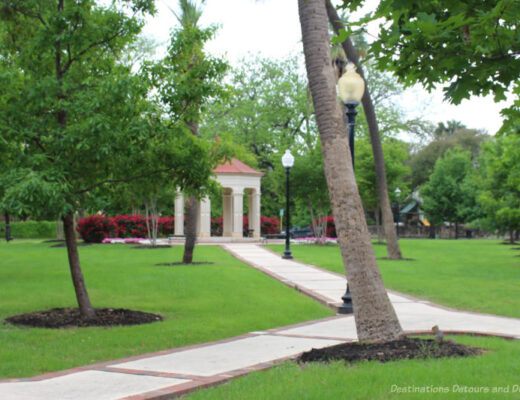 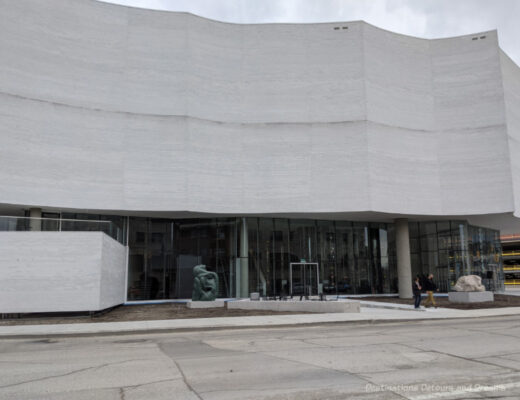